They should have replaced “Shilka”

April 17 2013
9
Polish ground forces are currently using ZSU-23-4, which today can not perform the task of covering the airspace of battalions and brigades on the march and in defense. Although most of them were upgraded to the level of the ZSU-23-4 "Biała", equipped with a new optical-infrared complex and 4 MANPADS "Grom" (modernized "Igla"). With new ammunition, the effective range of the artillery unit increased to 3 km. And the maximum missile launch range is 5,5 km. But the complex ceased to be all-weather, which reduced its combat effectiveness, which was conceived during modernization.


And as a result, in the self-propelled air defense installations there was a gap. In addition, in Russia information is provided on the rearmament of Poland, which is painfully perceived by society. Is it known that the Polish Air Force air defense systems are still equipped with the C-125 Pechora missile systems or C-57M guns that have been reflashed with 60 mm?

Therefore, the Polish military industry tried to reduce the gap in lagging with its eastern neighbors. Without purchasing foreign designs, they decided to combine what they themselves produced and what would help them reduce the backlog in the ground defense of the ground forces. In particular, a couple of Grom MANPADS were installed on the licensed ZU-23-2, and on the Kub systems - the American RIM-162 ESSM rocket.

In the same way, we decided to act with self-propelled anti-aircraft artillery. 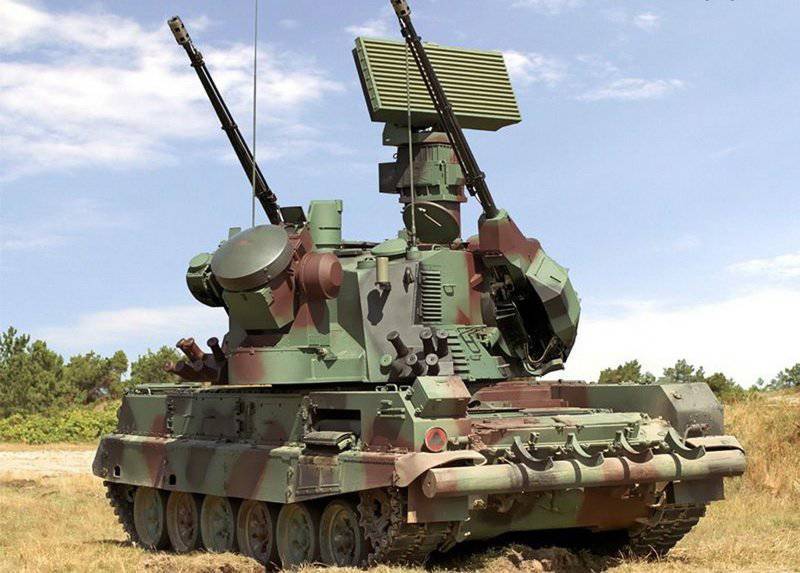 The combination of technology was that the 35-mm Oerlikon GDF-005 was installed on the chassis of the PT-91 tank. It turned out some kind of ZSU "Cheetah".
Similar schemes are used in the Japanese "Type 86" and the Chinese PGZ-2000. The very same gun proved itself well and is used in many air defense complexes.

When modifying the chassis, the driver's position was changed (it was shifted to the left); the control system was improved (the levers were replaced with a steering wheel); an additional auxiliary unit was placed in the rear part of the body and the batteries were increased. 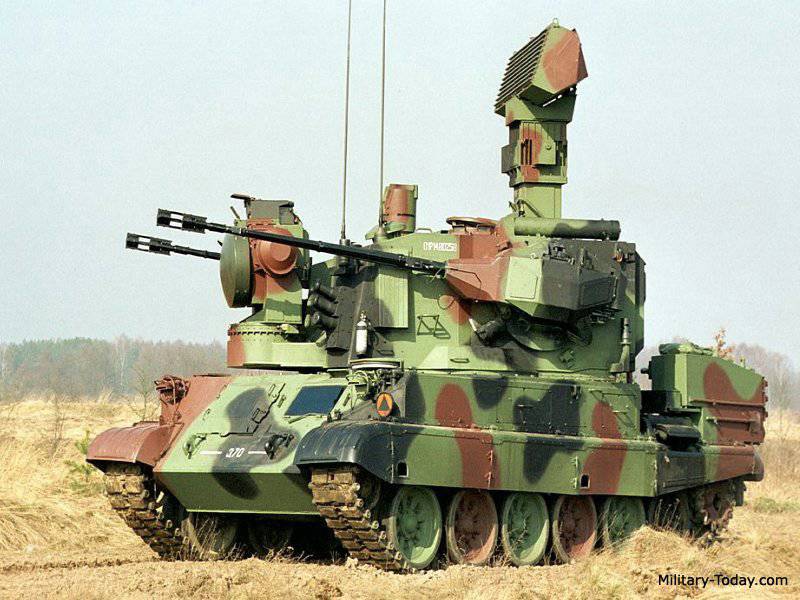 The monocoque tower is made of welded armored plates. Tower control: shoulder strap, vertical and horizontal mechanisms electrical / electronic. This allowed for a high angular speed of guidance. The mass of the turret, along with the stock of shells, the control system and the crew is 13 tons.

Inside the tower there are trays of ammunition and spare barrels. 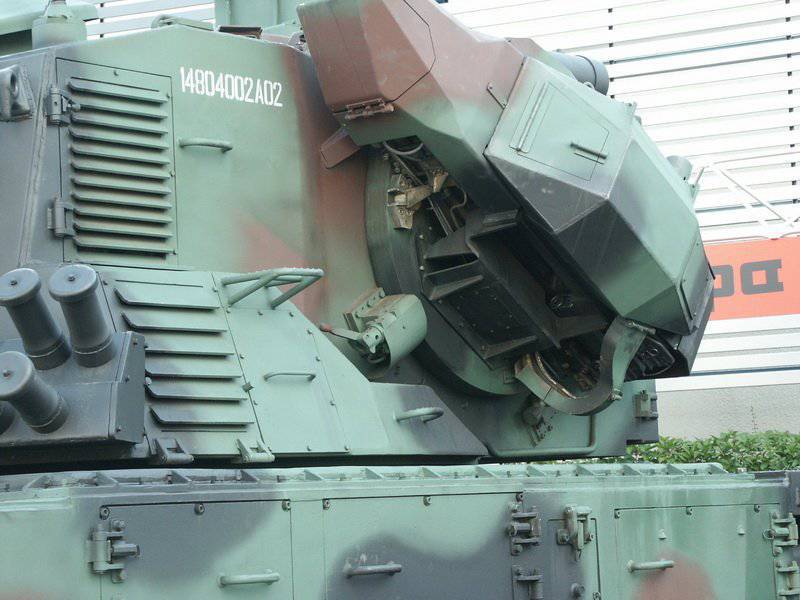 The tower is equipped with equipment that allows you to capture and track targets that have a speed of up to 500 m / s. Two barrels of 35 mm caliber anti-aircraft guns make it possible to effectively hit targets at a distance of at least 4000. The guns will use FAPDS-T projectiles (a mixture of BOPS and RP of a projectile with increased ballistics) and APFSDS (BOPS). Electronic programming allows you to install remote undermining of elements. Inside the tower there are two crew members, the commander and the gunner-operator, the target is monitored via LCD monitors. Operations are duplicated. 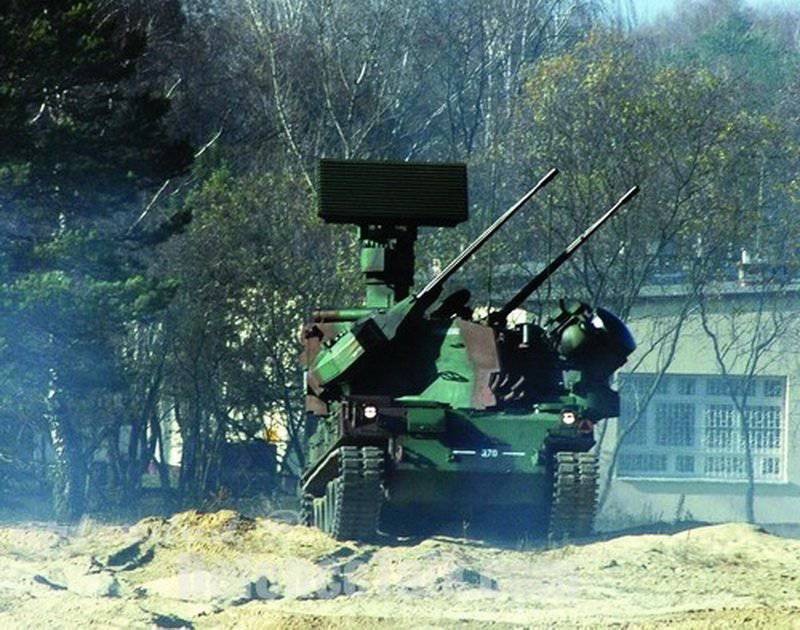 The integrated tracking head radar Ericsson Microwave Systems Eagle provides target search in the millimeter range, the French infrared thermal cameras manufactured by SAGEM, the KTVD-1 television camera and the DL-1 laser rangefinder provide additional tracking channels. On the back side of the tower there is an AFAR antenna for the primary radar target identification of a station at a distance of 27 km. This radar scans vertically with the built-in "friend-foe" query and allows you to track simultaneously to 64 targets.

The frequency of updating information 1 seconds. (The antenna rotates at a speed of 60 rev / min). The radar has low power consumption, a small “departure” of side lobes of the radio waves and high resistance to active and passive interference.

Data processing is performed by NUR-22 "Izabela" and Łowcza-3К stations.

The advanced fire control system allows you to work even when the radar is off, which reduces the likelihood of anti-radar missiles. The ZSU can exchange information with other battery machines and control points and receive target designation even in “blind” mode. 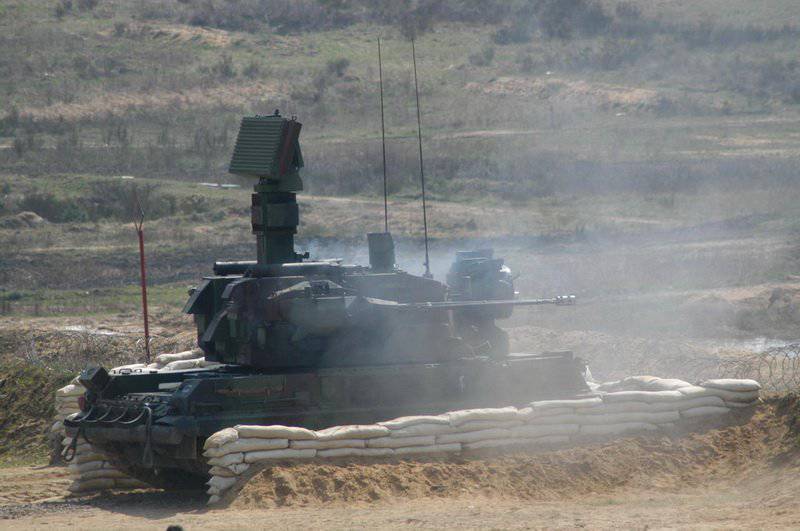 The first presentation of the ZSU was significant at the MSPO-2004 exhibition, and attracted the attention of foreign military attaches. According to the stated characteristics, it exceeded the ZSU "Cheetah" 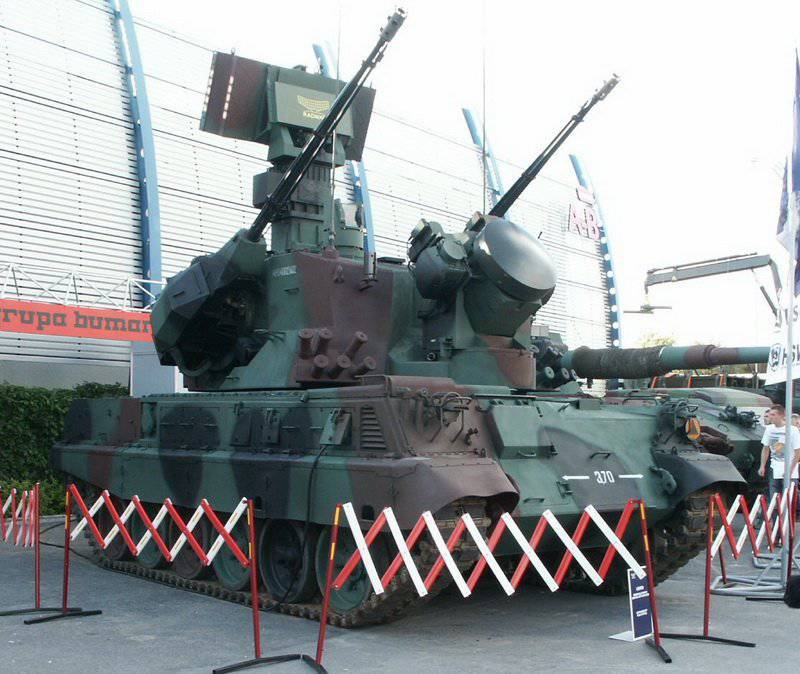 At MSPO, 2006 was ready to sign a contract for the supply of the first PZA, but the military demanded further development.

Initially, they wanted to order 60 complexes (6 machines in the battery) However, successful tests of the Anders light tracked platform and the abandonment of the T (RT) series of tanks led to the decision that this ZSU would be built on the new Rydwan (Chariot) platform. 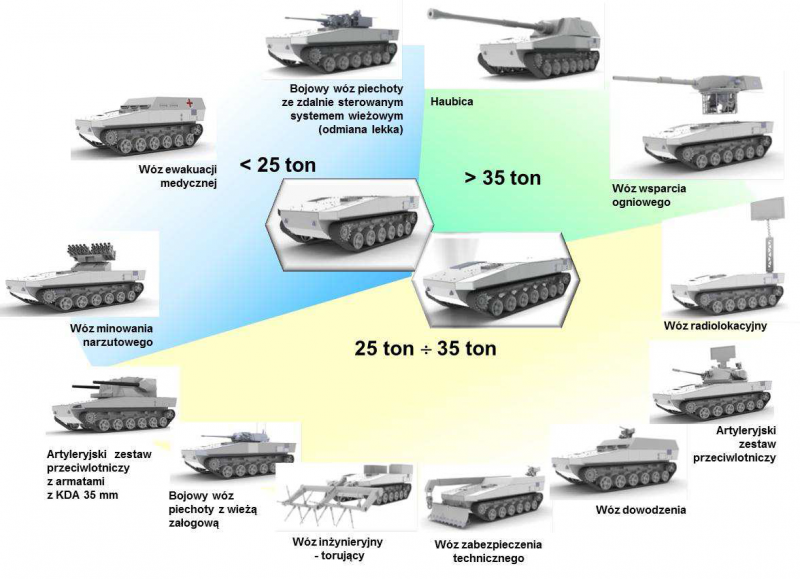 In the middle of summer 2012, a contract was signed between the Stalowa Wola plant and the Naval Academy for the supply of KDA towed kits, which should replace the ZU-23-2. 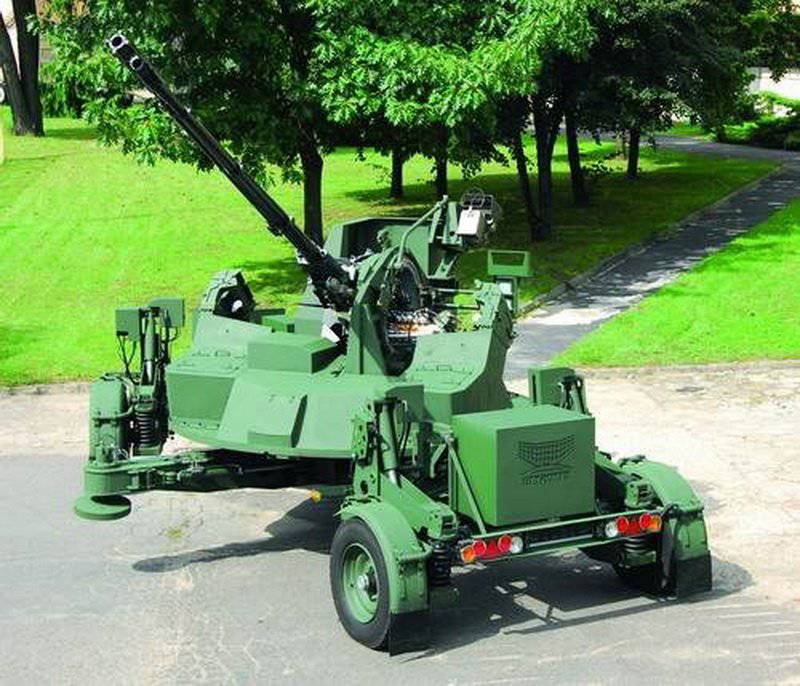