April 17 2013
18
Scientists for several decades seek to build a machine that would think like a man. And now they believe that they are just a few steps from the finish line. 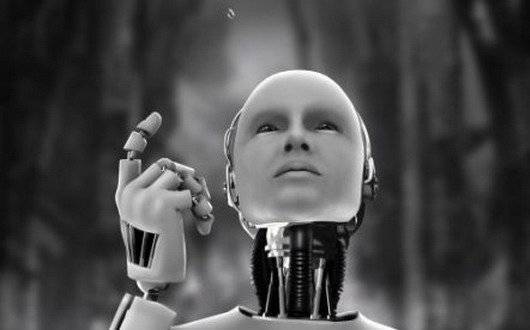 A Pentagon-funded team of researchers has designed a tiny machine that allows robots to operate independently. Unlike traditional artificial intelligence systems that rely on conventional programming, this machine “looks and“ thinks ”like a human brain,” says chemistry professor at the University of California, James Gimzewski.

Gimzewski is a member of a team that, with the support of DARPA, has been working on a “physical intelligence” program. This technology can be a secret, allowing you to build fully autonomous robots.

According to him, this project does not use standard robotic stuffing with integrated chips. A device designed by his team is capable, without being programmed like a traditional robot, to perform actions in the same way as a person does.

What distinguishes this new device from any other is the intersecting nanowires, which form billions of connections, like the neurons of the human brain that can memorize various information. Each compound is an artificial synapse. Due to the complex structure of the natural synapse, most of the previous projects of artificial intelligence could not reproduce it.

According to Gimzewski, the device “physical intelligence” will not require human control, as it requires control of the robot. The possibilities of using this technology are beyond any imagination. For example, airplanes with such a system will be able to explore and explore the terrain and make their way into space without human intervention.

Research on artificial intelligence over the past five decades could not reproduce the system of thinking and cognitive functions of a person. But the study of the human brain has shown that one of its key features is self-organization. “This seems to be a prerequisite for autonomous behavior,” says Gimzewski. "Instead of transferring information from memory to the processor, as traditional computers do, our device processes information in a completely new way."

Details of the development are still kept secret, but, apparently, we have to witness a revolutionary breakthrough in robotics.

Ctrl Enter
Noticed oshЫbku Highlight text and press. Ctrl + Enter
We are
The next wave: race to the wars of robotsI fight for the electric body! Ground mobile robots on today's and tomorrow's battlefield. US Technology Overview
Military Reviewin Yandex News
Military Reviewin Google News
18 comments
Information
Dear reader, to leave comments on the publication, you must to register.