Offshore - the end of an era 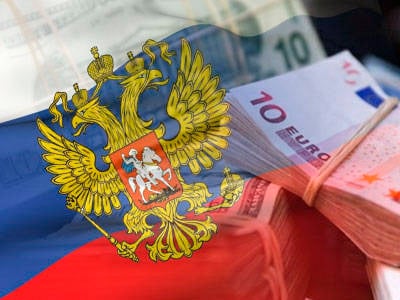 The golden age of offshore, if not coming to an end, then at least loses a fair amount of brilliance. Following the collapse of Cyprus, which was largely staged in Brussels and Berlin, problems arose from a long line of other offshore jurisdictions. The International Consortium of Investigative Journalists (ICIJ) announced that it has access to 120 registration data of thousands of offshore companies. Most of them are registered in the British Virgin Islands (BVI / BVI), but the inhabitants of the New Zealand Cook Islands, Hong Kong, Singapore, the Neighborhood BVI neighbor in the Caribbean Nevis and others are also on the list. In total, ICIJ managed to get a quarter of the data on residents of the British Virgin Islands. Globally, 10% of offshore companies suffered.


This is really serious. At the BVI, approximately 40% of offshore companies in the world, this is the largest offshore in which about one million companies have been registered since its inception at 1984 (in Russia this jurisdiction takes the second place after Cyprus). At the same time, unlike many others, he enjoyed the reputation of being absolutely reliable - information about his residents almost never surfaced in the press. However, it is now shown that absolute secrecy is impossible even in the “ideal” case of the BVI.

So far, the attention of the press has been riveted mainly to the revelations of offshore connections by famous politicians. The lists included French President Francois Hollande (ex-treasurer of the Socialist Party who was involved in electing the current owner of the Elysée Palace, was the owner and active “user” of two companies in the Cayman Islands), two daughters of Ilham Aliyev, Georgian Prime Minister Bidzina Ivanishvili, former Prime Minister Malaysian Mahathir Mohammed and dozens of less powerful figures. The largest domestic figures drawn into the offshore scandal were two top managers of Gazprom (deputy chairman of the board Valery Golubev and general director of the construction division of the company Boris Paikin; the organization is building, among other things, Olympic facilities in Sochi), the former director of the state Obronprom Andrei Reus, son of his former head Viktor Khristenko, ex-president of Rostelecom Alexander Provotorov, senator Vadim Moshkovich, who controls Rusagro, brother of senator Mikhail Margelov Vladimir Margelov (policies included in the supervisory board "Defense Systems" - manufacturer of air defense systems). The owner of offshore companies was First Deputy Prime Minister Igor Shuvalov; however, it became known earlier about the offshore activities of the Shuvalovs family.

Nevertheless, the main purpose of the campaign to discredit offshore companies is not to expose the financial tricks of officials and politicians. Actual rates are significantly higher.

According to some estimates, only individuals keep $ 32 trillion offshore, up to 10 million people use offshore services. Meanwhile, $ 32 trillion. - These are two gross domestic product of the United States. However, all private savings, obviously, cannot be compared with the scale of damage that the use of offshore companies by large and largely medium-sized businesses causes to the global financial system.

Let's see what is the "wrong side" of the modern economy. The attachment of domestic business with offshore jurisdictions is well known and has become commonplace. She really is great. For years, offshore accounts for about 70% of foreign direct investment and about the same percentage of foreign borrowed funds in the Russian economy (in a fair number of cases we are talking about “loans” of companies to themselves). Quite a lot has been written about the “national” ownership of the largest Russian raw materials and steel companies. It is less known that the average resident of Russia encounters offshore residents almost every hour. Thus, trading networks are almost entirely owned by offshore companies. “The Seventh Continent” “Cyprus” on 74,8% “Dixie Group” - on 51%, “Victoria” - on 63,4%. “Kopeyka” is roughly divided in half between Cyprus and the notorious BVI. Having bought a newspaper where the “offshore aristocracy” is incomparably exposed, you risk to finance the offshore. So, Dmitry Ananiev, a senator, a billionaire and co-owner (along with a brother) known for his anti-oligarchic pathos “Arguments and Facts”, was listed in the ICIJ.

Such a situation is usually inclined to be considered as “national exoticism,” but this is not quite the case. The peculiarity of the Russian economy is the massive expropriation of asset ownership rights abroad, which really makes it unique in many respects, however, offshore tax optimization schemes are common everywhere. This is a gigantic industry: the Russian Ministry of Finance takes into account 47 low-tax jurisdictions; Deutsche Bank and the largest French bank Credit Agricole provided assistance to the “optimizers”. Damage to the global financial system, caused only by legal options of offshore schemes, is estimated at $ 1,7 trillion per year (OECD data). Accounting for illegal cash flow increases this amount to $ 11,5 trillion, which is comparable to US GDP. At the same time, this is by no means exclusively about the third world countries - on the contrary, the bulk of offshore money is of completely Western origin.

According to experts, only legal schemes cost the US budget $ 190 billion to “zero”. If the standard proportion of legal and illegal operations is observed for the United States, then in general we are talking about trillions of sums. Large and largely medium-sized American businesses practice the most extensive tax optimization with the help of offshore schemes and more. As a result, at a nominal corporate income tax rate of 35%, this leads to the fact that, say, in 2008-2010 for 280 of the largest US companies, the effective tax rate was 18,5%. Specific examples of corporate offshore "creative" make an extremely strong impression.

So, Emerson Electric Co is one of the largest US corporations, entering the top 500 in terms of net profit (an average of about $ 2 billion per year.). In 2012, the company had $ 2 billion in cash in its accounts. However, in order to pay taxes to the government, the company had to borrow from ... the government. The reason is simple - almost all Emerson funds were abroad, despite the fact that the company receives 41% profit in the United States. This seemingly semi-fantastic at first glance situation is quite typical - corporations increase their debts, having enough money in their bills abroad, however, the hand does not rise to return money to the States and pay corporate tax at the standard rate. So, Illinois Tool Works Inc. in September, 2012 had $ 2,1 billion in cash — anywhere, but not in the US, despite the fact that it received 40% profit. The well-known Johnson & Johnson, at the end of 2011, kept $ 24,5 billion in foreign banks, while 54% of this amount was earned in the States. High-tech companies are particularly notable (“Apple”, “Google”, “Microsoft”, “Yahoo”, etc.). The effective tax rate on income from “advanced” corporations is consistently below 10%. “Apple” in 2011 paid US taxes at 9,8%. Last year, the company paid only 1,9% of the profit from operations abroad. At the same time, only in the fourth quarter of 2012, $ 11 billion was withdrawn to offshore.

In this case, we are often talking about astronomical sums. Apple accounts brighten $ 100 billion (profits - $ 45 billion), Google owned $ 44 billion at the end of last year. By a strange coincidence, the scale of damage caused by Apple to the US budget is estimated at $ 94 billion.

However, everything and everyone fades against the background of General Electric. The tradition of tax optimization in a company has an old and respectable history, and the heights of skill achieved over the years, can not fail to impress. In 1980's, the virtuoso optimism of the “electricians” was one of the significant factors that provoked tax legislation reforms. Some time after that, the company meekly paid 32,5%, but already in 2001, the effective corporate tax rate was 11,3%, and in recent years, the company, according to experts, does not pay taxes in principle. Instead, General Electric pays the state - the company unsuccessfully receives subsidies. Making money on the US market for 45% profit, the corporation keeps 2 / 3 of its money ($ 85 billion in 2012) abroad.

Let's go over the ocean and look at “socialist” Sweden and the familiar IKEA. The official legend of the company is modesty, thrift and almost starving top management. The salary of a company director is about $ 1 million per year, which, by the standards of a business of this size, is extremely small. The company's founder, Ingvar Kamprad, states that luxury for him - sometimes to buy a good tie, talks about his chair, which turned 32 of the year, flies in economy class and visits cheap restaurants. The unofficial version says that through the system of offshore companies in the BVI, the company's management receives or received bonuses worth about $ 3 billion per year.

The “Swedish” company itself, as it turned out recently, is owned by the Interogo Foundation registered in Liechtenstein. Until recently, it was assumed that its owner is a kind of organization, also founded by Kamprad, and registered in the Netherlands as a charity foundation of the Stichting INGKA Foundation. The official subject of his concern is to encourage innovations in the field of architecture and interior design, to which $ 36 billion was released with a generous hand. However, it is obvious that the founder’s legendary frugality leads to the fact that every year the foundation spends about one-thousandth of its funds for charity in relation to interiors. mainly engaged in investing. In other words, the main money of Kamprad and K is protected from tax claims, firstly, by the relatively liberal Dutch tax regime, and secondly, by the more liberal taxation of charitable organizations. On the accusations of using offshore schemes, the company's management responded that “tax efficiency” is one of the foundations of the IKEA concept.

This is the business of the “original” Europeans. American companies in Europe often behave in the style of General Electric. Thus, the Starbucks coffee shop chain for 15 has earned in England about 3 billion pounds sterling, but only once indicated in its documents the presence of profit. The rest of the time the company declared losses. Apple caused damage to the British budget in 550 million pounds. Facebook in 2011 paid England 238 thousand pounds - less than the average annual income of a British employee of the company, but 440 million “migrated” to the Cayman Islands. Other prominent defendants in European tax scandals are eBay, Google and Amazon.

In other words, the budgets of the Western countries suffer from the most shameless robbery of large corporations, and in zero this practice has acquired absolutely fantastic proportions. As a result, the governments, with the support of public organizations, began a systematic offensive against “tax havens” in the middle of the “zero”, and after the crisis of the 2008, offshore companies began to undergo increasingly massive attacks. The publication of ICIJ data on a coincidence was hardly coincidental during the preparation period for the EU and the USA for the next round of the campaign. Both the European Commission and the Obama administration plan to apply enough draconian measures to the “offshore aristocracy”.

In other words, in the foreseeable future we will probably see a series of scandals and repeated reproduction of the Cyprus script. It should be borne in mind that both the EU and the States actually have quite substantial reserves for overcoming the current budget crisis, and clearly intend to use them to the maximum. As for the domestic business, it should take into account the lesson of Cyprus (the losses there, despite the welfare of most companies, are obviously massive), soberly assess the prospects - and either “deoffshorize” or prepare for losses. On the “tax havens” a typhoon is coming.

Ctrl Enter
Noticed a mistake Highlight text and press. Ctrl + Enter
We are
The world we leave, the world we enter, and the world between themHow the US CIA conducts information operations against Russia through a network of "Russian" media - foreign agents
39 comments
Information
Dear reader, to leave comments on the publication, you must to register.