April 16 2013
39
Viktor Petrovich Astafyev (years of life 01.05.1924 - 29.11.2001) - Soviet and Russian writer, prose writer, essayist, most of whose works are made in the genre of military and village prose. Included in the galaxy of writers who have made a very large contribution to the development of national literature. Astafyev was a veteran of World War II, he fought with 1943 year. Until the end of the war, Viktor Astafyev remained a simple soldier, was a driver, a signalman, an artillery intelligence officer. The hero of socialist labor, laureate of the 2 state prizes of the USSR.

Victor Astafyev was born in the family of a peasant Peter Pavlovich Astafyev 1 in May 1924 in the village of Ovsyanka, located in the Krasnoyarsk Territory. The writer's mother Lydia Ilyinichna died tragically when he was only 7 years old. She drowned in the Yenisei, this event and the river will later pass through all his works. Astafyev will spend his best hours and days on the river, which books will write about, remembering their mother in them. The mother remained in the writer's life with a bright shadow, a touch, a memory, and Victor never tried to burden this image with some everyday details.

The future writer went to school at the age of 8. In 1 class, he studied in his native village, and he finished elementary school already in Igarka, where his father had moved to work. He finished elementary school in 1936 year. In the fall, when he had to study in the 5 class, trouble happened to him: the boy was left alone. Until March 1937, he somehow studied and was even a street child until he was sent to the Igarsky children's boarding school. Recalling the time spent in the orphanage, Viktor Astafyev recalled director Vasily Ivanovich Sokolov and Ignatius Rozhdestvensky’s boarding school teacher, who was a Siberian poet and inspired Viktor with a love of literature, with a special feeling of appreciation. These two people in the difficult years of his life, had a beneficial effect on the writer. In the future, Astaf'eva’s writing for a school magazine about his beloved lake became a full-fledged story “Lake Vasutkino”. 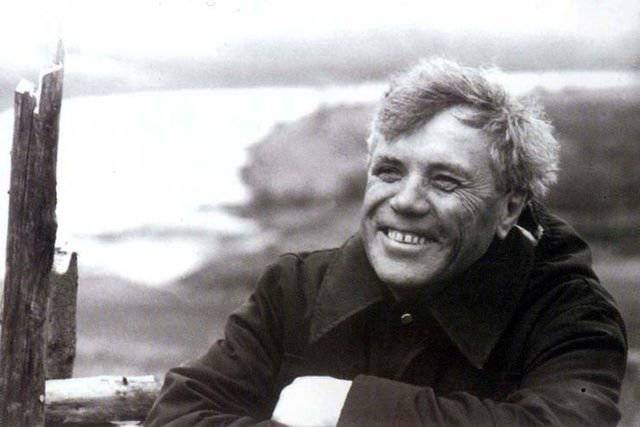 In 1941, Astafiev graduated from a boarding school and had a hard time in 17 years, as the war was already on, he got to Krasnoyarsk, where he entered the railway school of the Federal Law School. After graduating from college, he worked 4 for a month at the Baziha station, after which he volunteered for the front. Until the end of the war, he remained an ordinary soldier. Victor Astafiev fought on the Bryansk, Voronezh and Steppe fronts, as well as in the composition of the troops of the First Ukrainian Front. For his services he was awarded military orders and medals: the Order of the Red Star, as well as the most valuable soldier’s medal “For Courage”, medals “For the Liberation of Poland”, “For Victory over Germany”.

At the front, he was seriously injured several times, and here in 1943 he met his future wife, Maria Koryakina, who was a nurse. These were 2 very different people: Astafyev loved his village Ovsyanka, where he was born and spent the happiest years of his childhood, but she did not love. Victor was very talented, and Maria wrote from a sense of self-assertion. She adored her son, and he loved his daughter. Victor Astafyev loved women and could drink, Maria was jealous of him and to people, and even to books. The writer had 2-emasters, whom he hid, and his wife all the years long passionately dreamed only that he was entirely devoted to the family. Astafyev left the family several times, but each time he came back. Two such different people could not leave each other and lived together 57 for years until the writer's death. Maria Koryakina has always been for him both a typist, and a secretary and an exemplary housewife. When his wife wrote her own autobiographical novel, The Signs of Life, he asked her not to publish it, but she did not obey. Later he also wrote the autobiographical novel "The Merry Soldier", which told about the same events.

Viktor Astafiev was demobilized from the army in 1945 together with his future wife, after the war they returned to the hometown of Maria - Chusova, located in the Urals. Severe wounds received at the front deprived Viktor of his faculty profession - his hand did not obey him well, there was actually one well-seeing eye. All his works immediately after the war were of an accidental nature and were unreliable: a laborer, a loader, a locksmith, a carpenter. Lived young, frankly, not fun. But one day Viktor Astafyev got to a meeting of a literary circle organized by the newspaper "Chusovskaya Rabochy". This meeting changed his life, after which he wrote his first story "The Civilian Man" in just one night, it was 1951. Soon Astafyev became a literary worker of the Chusovoy Rabochy. For this newspaper, he wrote a very large number of articles, stories and essays, his literary talent began to reveal all its facets. In 1953, his first book "Until Next Spring" was published, and in 1955 he published a collection of stories for children "Lights". 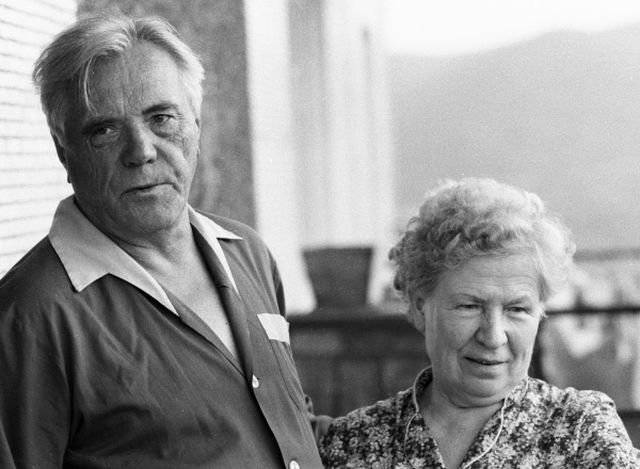 In 1955-57, he wrote his first novel “Melt the Snow”, and also published 2 books for children: “Lake Vasutkino” and “Uncle Kuzya, chickens, fox and cat”. Since April 1957, Astafyev begins to work as a special correspondent for the Perm regional radio. After the release of the novel "Melt the snow", he was admitted to the Union of Writers of the RSFSR. In 1959, he was sent to Moscow for the Higher Literary Courses organized by the Institute of Literature. M. Gorky. In Moscow, he studied 2 of the year, and these years were marked by the flourishing of his lyrical prose. He wrote the story "Pass" - 1959 year, "Starodub" - 1960 year, in the same year in the same breath in a few days he released the story "Starfall", which brought the writer wide fame.

The 1960s turned out to be very fruitful for Victor Astafyev, he wrote a large number of stories and short stories. Among them, the story "Theft", "War rages somewhere." At the same time, the novels written by him formed the basis of the story in the stories “The Last Bow”. Also during this period of his life, he wrote the 2 plays, Bird-cherry and Forgive Me.

Childhood in the village and the memories of youth could not go unnoticed, and in 1976, the village theme is most clearly and fully revealed in the story “Tsar-Ryba” (narration in stories), this work entered the school curriculum and is still loved by many domestic readers. For this work in 1978, the writer was awarded the USSR State Prize. 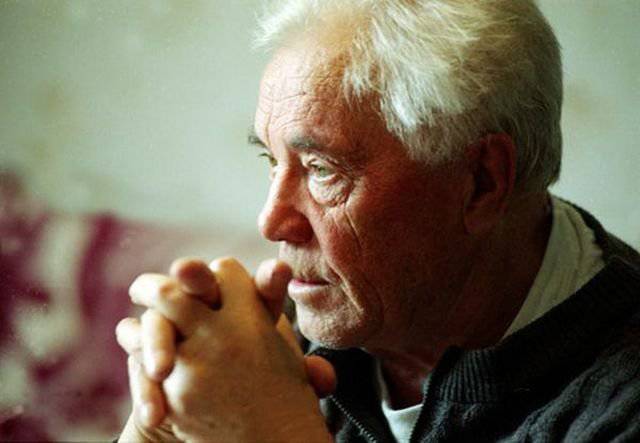 The main feature of the artistic realism of Viktor Astafyev was the depiction of life and the surrounding reality in its fundamental principles, when life reaches the level of reflection and consciousness and, as it were, creates moral supports that strengthen our being: kindness, compassion, selflessness, justice. The writer in his works subjects all these values ​​and meaningfulness of our life to rather harsh tests, primarily due to the limiting conditions of Russian reality itself.

Another feature of his works was the test of a solid and good foundation of the worlds - the war and the attitude of man to nature. In his story “The Shepherd and the Cowgirl”, Viktor Astafyev, with his characteristic poetry of details, demonstrates the war to the reader as a complete hell that is terrible not only by its degree of moral shock and physical suffering of a person, but also by the indefatigability of military experience for the human soul. For Astafyev, the horror of the war, what would later be called the “trench truth,” was the only possible truth about that terrible war.

And although unselfishness and self-sacrifice, often paid for with their own lives, the indestructibility of good, the military fraternity is exposed and manifested during the war, and no less - in military life - Viktor Astafiev does not see the price that could justify the human "massacre". The memory of the war, the incompatibility of military and peaceful experience will be the leitmotif of many of his works: Starfall, Sashka Lebedev, Clear Day, Feast After Victory, Life To Live, and others. 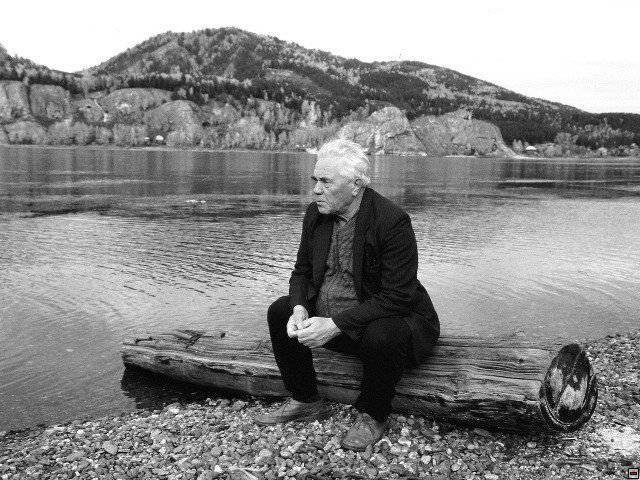 In 1989, for his literary merit, Viktor Astafiev was awarded the title Hero of Socialist Labor. Already after the collapse of the USSR, he created one of his most famous military novels - “Cursed and Killed”, which is published in 2 parts: “The Black Pit” (1990-1992) and “Bridgehead” (1992-1994). In 1994, the writer is awarded the Triumph Prize for his outstanding contribution to Russian literature; the following year, he was awarded the State Prize of the Russian Federation for his novel Cursed and Killed. 1997-1998 in Krasnoyarsk published the complete works of the writer, which consisted of 15 volumes and contained detailed comments by the author.

The writer died in the year 2001 almost all of this year, having spent in Krasnoyarsk hospitals. Affected his age and injuries he received in the war. The best that a writer can leave behind is his works, in this respect we are all lucky with the complete collection of Astafyev’s works from the 15 volumes. Viktor Astafyev’s books for their realistic portrayal of military life and a lively literary language have been and remain popular in our country and abroad. In this regard, they were translated into many languages ​​of the world and came out in millions of copies.