April 16 2013
267
After the article of the Chechen Republic Ramzan Kadyrov’s article in the Izvestia newspaper that it would be nice for some categories of officials to ban departure from Russia for a certain time, led to a heated debate. Information that Kadyrov also found himself in a certain secret part of the so-called “Magnitsky list” made even greater emphasis on the head of Chechnya. Like, aren't those ex-officials from among those who identify themselves with the non-systemic Russian opposition, whom Kadyrov mentioned in his article, asked their American friends to put the name of the Chechen leader on the “black list” - no matter how that happens - to prevent the blow, so to speak, which Kadyrov himself decided to inflict on the "non-system" a la Nemtsov and Kasyanov. 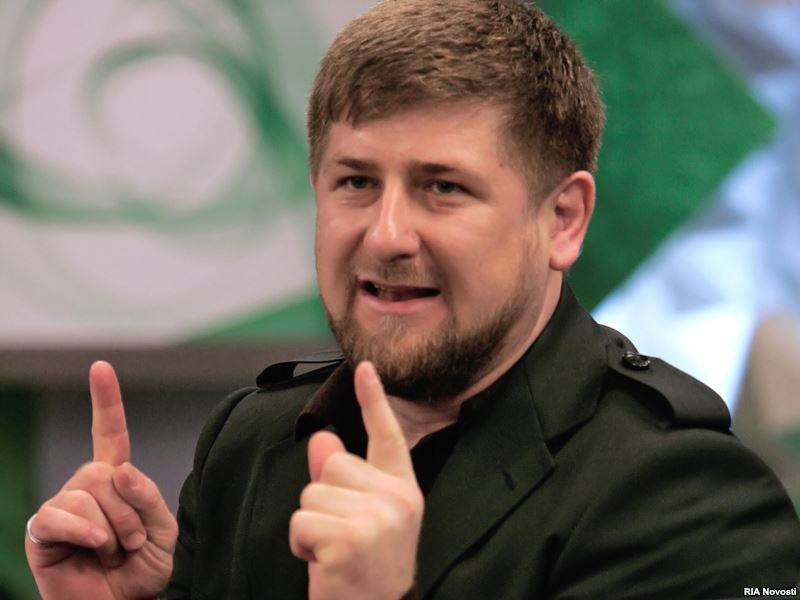 Initially, the meaning came down to that: who is this Kadyrov anyway? Why is he suddenly in a clean and verified Russian language has given material that is far from the competence of the head of the regional level. Like, let them establish order in their republic, and keep their proposals on the federal policy with them. But when the initial heat of Kadyrov's Russian literary sleep was asleep, common sense began to wake up. And this sense is that although there is no unequivocal opinion about Kadyrov’s identity in Russian society, his proposal on the restriction on certain officials who are close to state secrets to travel abroad is hardly worth ignoring. If we assume that the words of the head of the Chechen Republic that ex-officials of a certain level need to be banned from touring Europe and the world for several years after leaving office, are a priori devoid of common sense, then another picture emerges. It turns out that the state is ready to impose 5-year restrictions on leaving Russia, for example, to the ordinary Internal Troops or the Strategic Missile Forces, who were discharged from the conscription service, but not ready to impose similar restrictions on the movement around the world, for example, the ex-deputy Security Council secretary, ex-minister of defense or a whole ex-prime minister, who by definition were privy to state secrets of the country. Someone to a lesser extent, someone more.

If this is the current state logic, then, rather, it seems like the complete absence of such logic, because in the ordinary Strategic Missile Forces the connection with the state secret is by definition a thousand orders lower than that of a major government official. And in this case, the words of Kadyrov, even if in a sufficiently corrected form as some kind of third-party person, cannot be called nonsense.

By the way, it is worth paying attention to the fact that the very absence of any prohibitions on “touring” around the world (as Ramzan Kadyrov himself expresses in his material) for ex-high-ranking officials gives rise to an interesting precedent. This precedent is made in the following: as soon as a major official is grabbed, as they say, for a soft spot, incriminating violations of the law, or simply dismissed from public office, so this person in 9 cases from 10 declares himself a supporter of irreconcilable opposition and by all means tries to break through to the side of the West, in order to convey to potential defenders of their wounded soft spot how severely he was offended in Russia, and that for that Russia must be punished without fail. According to this scenario, Mikhail Kasyanov, Boris Nemtsov, Boris Berezovsky found themselves in the camp of the irreconcilable opposition. And according to the same scenario, they began to "tour", asking for their "show humiliated and insulted" foreign funding.

Undoubtedly, the West could refuse moral and material support to these gentlemen, but, as we see, it does not refuse. Question: why? And here, we must pay tribute to Kadyrov, and the answer to this question. The West does not deny them absolutely because supporting “oppositionists”, thirsting for this help, kills two birds with one stone: feeds the world community with words about supporting democracy, rights and freedoms in Russia, and also, obviously, uses informational fruits that “guest performers” and are provided.

Well, after all, hardly anyone seriously believes that the UK sheltered Mr. Berezovsky on its territory solely because Boris Abramovich felt humanly sorry, for example, to Her Majesty or the Prime Minister. No matter how Berezovsky and Her Majesty wanted to meet, but she did not honor him with her attention, but it must be assumed that the staff of the British MI-6 paid tribute to her, not without the help of which (MI-6's attention) Boris Abramovich and could find herself in the world of forefathers ... As they say, all the necessary informational juices from Platon Elenin (as Berezovsky called himself in the United Kingdom) were squeezed out, and as soon as the BAB began to glance in the direction of Russia with some incomprehensible British special services with reverence, he was decided ... But this is just author’s houses ly ...

Former Russian Finance Minister Alexei Kudrin continues to actively move around various economic and political areas of the planet. At the same time, it should be assumed that Alexei Leonidovich is completely deprived of information about the secrets of the country's financial security, and all the more it is to assume that Russia has no such secrets at all - at least, it is naive.

All this information allows Mr. Kudrin to create a cacophony of opinions about the development of the Russian economy somewhere in the international economic forum. Example: government officials say that next year’s economic growth in Russia will be at least 3,6%, and therefore foreign investors should invest in Russia, but at the same time, Mr. Kudrin launches his “violin”, which puts all the words of the authorities to obstruction, declaring that, they say, do not tell my slippers: what 3,6%! 2% at best ... Gentlemen Europeans, do not believe them, believe me. As an ex-minister-oppositionist, I know more of these “milk-suckers”! And gentlemen, the Europeans, no matter how much the official representative of the Russian Federation will bow to them, they will listen precisely to the words of Mr. Kudrin - they say, indeed, since he was fired, it means that his information will help us exactly ... And, apparently, it helps on the ground ...

Of course, the idea expressed by Kadyrov may seem to someone to be paranoid, a new hanging of the “iron curtain”, a return to the era of bans on the movement of citizens of a country. They say that if, for example, we prohibit Nemtsov from leaving the country, it’s just right for the Americans to return the Jackson-Vanik amendment ... But seriously, what is wrong with Kadyrov? The fact that people who are connected with state secrets and who left their state office should not forget about their obligations to the state? So what's the problem - not ready to live in Russia for several years after the end of its “bureaucracy” - for God's sake - let the bureaucratic cup pass by you ... As they say, we don’t have irreplaceable ones - there will be those for whom such a condition of high government office will seem quite normal.

Well, in fact, for some reason, the ex-director of the CIA or former Pentagon chiefs after their resignation are not sent, for example, to China asking the CPC Central Committee to give them money to step up the struggle for democracy in the United States. One can imagine what kind of anger this would cause in the States, and what words would call these people. Would they give them back? - big question. It is unlikely to be alive ... And we, you see, on the “guest performers” opposition members who beg for money to observe our rights with you abroad, are not ordered to be angry - they say, freedom of speech, democracy and all that. And what is the selective attitude to freedom?