Latest SIPRI data before the release of the Yearbook: countries' military spending

April 16 2013
3
On Monday, 15 on April, the Stockholm Peace Research Institute (SIPRI) published the third and final press release, anticipating the release of the Yearbook for 2012 year. Last time, Swedish analysts wrote about the details of the arms and military equipment market, as well as about the leading companies in 2011 and in the previous five years. Now the Institute’s data touched general trends in sales. weapons last year xnumx. 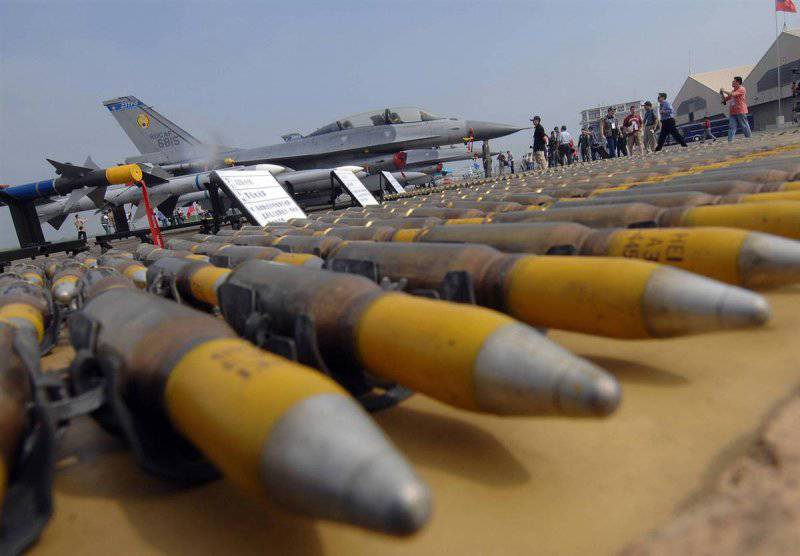 According to SIPRI, the total market for weapons and military equipment in 2012 was 1,75 trillion US dollars. This figure is 0,5% less than that of 2011. The fall in global arms sales, including domestic production, has been observed for the first time since 1988, when the Institute began to study this issue, and is due to a reduction in military spending in several large states with developed armed forces. First of all, these are the countries of North America, Western Europe, as well as Australia and Japan. Previously, they provided market growth, but now, due to economic and political reasons, they no longer increase the volume of arms purchases.

Simultaneously with the reduction in the purchase of weapons by the countries mentioned above, in 2012 there was an increase in the military budgets of other states. So, in the second place in procurement last year was China. He increased his expenses by 7,8%, which equals roughly 11,5 billion dollars. The third largest buyer of weapons in the world is Russia. In 2012, its spending on weapons and equipment increased by 16% or 12,3 billion. In addition, a significant increase in the cost of purchasing weapons was observed in Eastern Europe, South America, Southeast Asia, North Africa and the Middle East.

In the end, the reduction in the expenditures of some countries was almost completely offset by growth in others. As a result, the fall in the total volume of the arms market was small. And yet, even with a loss of half a percent, the total spending of all countries in real terms turns out to be more than during the Cold War. One of the leaders of SIPRI, Dr. S. Perlo-Freeman, believes that the current changes in the structure of the arms market may be the first step in shaping a new trend, when large and powerful countries reduce costs, and developing countries, on the contrary, increase them. At the same time, it’s too early to talk about a serious change in the balance. NATO countries, as before, spend a total of about a trillion dollars a year on armaments.

2012 year, among other things, was noted by the fact that for the first time in more than twenty years, the United States military expenditures make up less than 40% of the total world volume. US defense spending began to decline as early as 2011, and in just one year fell by six percent or 680 billion dollars. This decline is primarily due to the cessation of military operations: in 2011, they took almost 160 billions, and in 2012, only 115. In the future, this trend will continue, which will affect the volume of purchases of weapons and equipment.

Europe is also reducing its spending. Financial problems persist and force countries to reduce spending, including on defense. From 31 of a European Union or NATO country, 18 last year reduced military budgets by ten percent or more. In other regions there is a not so negative situation. Of course, the global financial crisis has affected the economies of many countries, but Asia is consistently showing a simple slowdown, not a reduction in spending. Middle Eastern and North African countries stand out against the background of Europe and East Asia. Only they have military spending and after the main events of the crisis, in 2009-2012, show a steady increase compared with the previous period, from 2003 to 2009.

Asian countries in recent years show different results. Thus, the average growth rate of military spending has halved. Between 2003 and 2009, this figure was about seven percent. He has now fallen to 3,4%. The failures of countries in the central and southern parts of the continent have affected the overall performance of Asia. In the same periods, the average growth rates were 12 and 0,7%. Finally, last year, the total volume of military budgets in Central and South Asia fell by 1,6%.

According to Dr. Perlo-Freeman, the reduction in military spending will continue over the next few years. However, many developing countries will continue to increase their military budgets and, as a result, buy weapons and military equipment, which will have a positive effect on the performance of the global market. Of course, this influence will be small and will not immediately be able to compensate for the loss of the market from the reduction of the costs of large countries. However, over time, the global arms market will soon be able to increase its volumes again.

If these trends continue, hopes should be placed on third world countries. For example, South-East Asia and Oceania increased their expenses by an average of 3,3% last year. The leaders of this region in terms of military expenditures and arms purchases were Vietnam and Indonesia, who had financial opportunities to upgrade their armed forces. At the same time, India in 2012 spent 2,8% less than in the previous year.

The specific situation is in Africa. The countries located in the northern part of the continent are actively arming in connection with the latest events in the region. Spending growth in 2012 was 7,8 percent. At the same time, Central and South Africa, on the contrary, cannot afford to increase military budgets and even cuts them. As a result, the average performance of this region last year fell by 3,2%.

The Middle East is steadily increasing military spending. Over the past year they have grown by 8,4%. The largest contribution to the general indicators was made by Oman, which increased its military budget by about one and a half times. Saudi Arabia, with its 12 percent of growth, is noticeably lagging behind it. Unfortunately, there are no data on military budgets and arms purchases by other countries in the region. Iran, Qatar, the UAE and Syria for a number of reasons do not publish such information and therefore SIPRI analysts are not able to make an assessment.

Latin America in 2012 showed an average growth rate. With 4,2%, it is intermediate between the Middle East and Southeast Asia and Oceania. The armed forces are most actively financed by Paraguay and Venezuela. In 2012, the military spending of these countries increased by 43 and 42 percent, respectively. The growth of the Mexican military budget is also noticeable. In recent years, the drug mafia has intensified in this country, to combat which it was necessary to increase funding for the army by almost 10 percent.

The largest increase in military budgets was shown by Eastern Europe. The average increase is 15,3 percent. At the same time, Russia and Ukraine increased defense spending by almost a quarter compared with the previous 2011. Eastern Europe in connection with the events of the last decades is also a promising region, which in the future is able to ensure the growth of the world arms market.

The press release notes that the total military spending of countries implies not only the purchase of weapons and military equipment. These amounts also include the maintenance of existing equipment, salaries of military and civil servants, scientific and design programs, etc. The purchase of weapons itself usually takes only a fraction of the total costs. At the same time, the growth of military budgets is almost always associated with an increase in spending on the purchase of new weapons. Therefore, the figures cited by the Institute for the Study of the World can be regarded as a kind of indirect information for consideration.

The current SIPRI press release is the last of the three that is published before the main Yearbook of the Institute. The Yearbook itself will be released on June this year. It will contain all the information published in press releases, as well as more detailed information about the financial side of the armed forces of the world, the international market of weapons and military equipment, etc. In the meantime, SIPRI employees offer readers an updated database of military spending, which includes information from 3 to 1988 year.

Ctrl Enter
Noticed a mistake Highlight text and press. Ctrl + Enter
We are
World MIC - who is in the topSIPRI published "Top 100" weapon manufacturers in 2013
3 comments
Ad