Money for Serbia: not for interest 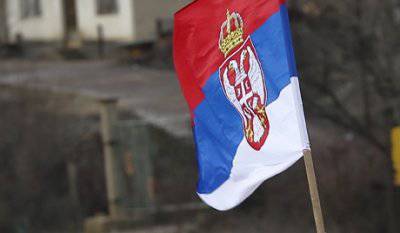 A few days ago, on April 10, Ivica Dacic, the Prime Minister of Serbia, met with Sergei Shoigu, Russia's defense minister. The parties talked about military-technical cooperation. Comrade Dacic, whose words are quoted "Lenta.ru", said: "There is a great need for the Serbian army to modernize and purchase modern types of weapons." Russian Prime Minister Dmitry Medvedev, who also communicated with Dacic, said that Russia provided Serbia with a state loan of half a billion dollars, and on preferential terms.


The agreement on state lending was signed in the presence of Medvedev and Dachich.

Olga Samofalova ("Vzglyad.ru") believes that Russia manages to combine economic interests with concern for political influence. Some conditions of the Serbian half-billion loan, in the opinion of the journalist, “look exclusive.”

Brief data on the loan: term - 10 years, the rate - 3,5% per annum. The grace period for loan servicing is two years. Repayment will begin in the third year. The first tranche in the amount of 300 million dollars will be provided in the near future, and Russia will issue the remaining 200 million dollars after the country concludes a stabilization agreement with the International Monetary Fund.

The purpose of this loan is not directly mentioned, however, earlier, in the fall of 2012, Serbia asked Russia for a loan to cover the budget deficit. Called the sum of 1 billion dollars.

At the talks we are talking about the friendship of nations. According to Dm. Medvedev, who adheres to the Western-liberal communication style, Russia and Serbia are "really particularly privileged partners." Ivica Dacic straightened Medvedev's style, which strongly favors Americanism, with a firm response: “We are friends, the Serbian people are very grateful for the support that Russia has given Serbia”.

Yes, friends, let us add. It sounds much better than "partners", even if they are "privileged."

Oleg Dushin, a senior analyst at IC Zerich Capital Management, explained to Vzlyad.ru that the conditions for granting a loan to Serbia are quite normal. These percentages are not too high, but not too low. For comparison: in 2010, Russia gave Serbia 200 million dollars to stabilize the budget for 3,4% per annum for 11 years. Then the Kremlin gave the Serbs more 800 million for the modernization of railways - already under 4,1% per annum. But the “big European troika” in 2011 gave an emergency loan to Greece (up to 15 years) under 3,5%, and at the end of 2012, Greece had to reduce its interest rate to 2,5%, and extend the loan period.

Oleg Dushin says: “Russia is striving at least partially to restore the influence in the world that was under the USSR. The means for this is lending at the government level, when not only loan agreements, but also political agreements are concluded. ” The analyst explains: “As for the Balkans, after the collapse of the CMEA (USSR), the Balkan countries left out of our influence. Especially bright in terms of care is the example of Bulgaria. Serbia and Montenegro remained conditionally “ours” in this region. Therefore, it is advisable to support them. "

You can not ignore the military-industrial component of the Russian-Serbian relations. Let's not forget that Comrade Shoigu also talked with Dacic. Russia's credit generosity can also be explained by a collective defense vector.

Vladimir Mukhin ("Independent newspaper") believes that the agreement on granting Serbian state credit to Serbia indicates a significant thaw in relations between the two countries. On the same day, when the agreement was formalized, Dacic met with Shoigu. There were reports of the Ministry of Defense of the Russian Federation, according to which Moscow and Belgrade declared their readiness in the near future to intensify military and military-technical cooperation.

Shoigu said: “The Russian military delegation is ready to sign an agreement in Belgrade in the near future between the defense departments of Russia and Serbia.” He also said that “in May, the Defense Minister expects the visit of the Chief of the General Staff of the Serbian Armed Forces, Colonel-General Lubish Dikovic.”

As for Dacic, he developed the theme of friendship of peoples, noting that “Sergey Shoigu has long been a great friend of Serbia, supported the Serbian people during the most difficult time of the war and enemy bombardment.” He further recalled the personal contribution of the Russian Defense Minister to the creation of a Serbian-Russian humanitarian center in Nis. The Serbian Prime Minister also announced future changes: “From now on, our cooperation will be built differently. I am sure that Sergei Shoigu will personally make a significant contribution to strengthening ties between the armies of Serbia and Russia. ”

Vladimir Mukhin also points out that 11 of April Serbia received observer status with the Parliamentary Assembly of the Collective Security Treaty Organization. Experts consider this event a breakthrough achievement of Russia and its allies in the realization of geopolitical interests in the South of Europe. The initiated military transformations in the CSTO, as well as the organization of new tasks oriented towards Europe, significantly change the situation. After all, earlier the CSTO did not form plans that went beyond the post-Soviet space.

CSTO Secretary General Nikolai Bordyuzha told NG correspondent that “the proposal to grant observer status to the CSTO PA to the National Assembly of Serbia came from the leadership of this republic.” True, he noted that it’s too early to talk about the prospects for full-fledged Serbia’s entry into the CSTO. “This issue has not been discussed with the Serbian leadership,” N. Bordyuzha specified. He also noted that Serbia is granted observer status in the framework of the CSTO legislative bodies, and not in the organization itself.

The NG interlocutor clarified: “The status of an observer in the CSTO itself means the actual participation of the country in its activities. For Serbia, this status will not be so far. ” Bordyuzha believes that Serbia’s activities in the CSTO PA “are an important international event, this is the establishment of new contacts of the countries of collective defense already outside the post-Soviet space, which expands the borders of the CSTO and strengthens its authority”.

Captain I rank Konstantin Sivkov, who for a long time headed the department in the Center for Military Strategic Studies of the General Staff of the Russian Armed Forces, believes that "Russia's military objectives in the Balkans are more ambitious." He recalled that the United States in Kosovo has the largest military base in Europe. In his opinion, Kosovo, as part of the territory of Serbia, is occupied by the Americans and other NATO military contingents - under the disguise of "blue helmets".

Comrade Sivkov believes that the Russian military presence in Serbia was an asymmetric response to the deployment of US missile defense systems in Europe. He says: “If Russian military facilities are deployed in Serbia (groups aviationlaunchers of Iskander operational-tactical missiles, etc.), then they, of course, will strengthen the sovereignty of Serbia and become one of the constraining factors that strengthen the security of Belgrade. "

Serbian journalists, by the way, directly asked the Russian prime minister what kind of help the Serbian people could expect from Moscow in the further resolution of the Kosovo issue. Medvedev in response stressed, reports S. Kalmykova ("Voice of Russia"), that Russia supported and will support Serbia on Kosovo, but first of all the Serbian people themselves should be interested in resolving this issue.

Concluding the Serbian plot, let's return to the economy in a circle. Another confirmation of the friendship of nations can be the South Stream project.

As transmitted RIA News", Russia will fully finance the construction of the Serbian section of the South Stream gas pipeline worth 1,7 billion euros.

Comrade Dacic explained at the press conference: “Russia has come up with a proposal to fully finance the Serbian section, and then Serbia will repay its part with funds that it receives from the transit tariff. We consider this proposal to be very correct. ” According to him, the construction of the Serbian section will begin in December 2013 of the year.

The exact dates when Serbia will be able to fully redeem the value of its share of construction have not been named.

The head of Gazprom, A. Miller, recalled that in February 21 in Serbia had approved a law giving the Serbian section of South Stream the status of a national project.

As the Newsru.com, Miller confirmed the readiness of the Russian monopoly to secure financial investments. Gazprom undertakes all financial obligations under the project because Serbia cannot afford such investments: after all, there is a budget deficit in the country. By the way, Gazprom will finance the Bulgarian part of South Stream - already worth 3 billion euros. The state-owned Bulgarian energy holding does not have enough money to implement such a large-scale project.

And a little more economics. According to information Finmarket, Russia will allow duty-free importation of limited shipments of Fiat cars assembled in Serbia. Following the meeting with Vladimir Putin, Ivica Dačić announced this. If the agreement is signed, Russia will receive the right to import its cars to Serbia under the same conditions, I. Dacic added. The first batch of Fiat cars delivered to Russia can make 10 thousands of cars.

With regard to the issue of friendship of peoples, the reporter "Voices of Russia" Svetlana Kalmykova noted that during the final press conference, the Prime Minister of Serbia now and then switched to Russian. Moreover, he even corrected the translator if he could not accurately convey the expressions of sincere friendship.

Observed and commented on Oleg Chuvakin
- especially for topwar.ru
Ctrl Enter
Noticed oshЫbku Highlight text and press. Ctrl + Enter
We are
Serbia has become a "reliable partner" of the WestResults of the week. “Why is the war going on? Do they not read newspapers? ”
Military Reviewin Yandex News
Military Reviewin Google News
182 comments
Information
Dear reader, to leave comments on the publication, you must to register.