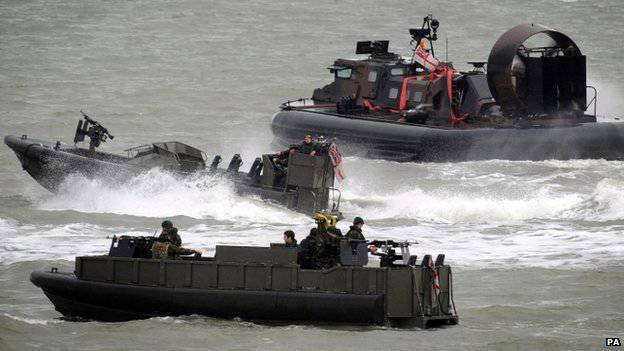 According to available information, units of nine countries are involved in the exercise. Among them are the USA, Germany, France, the Netherlands, Brazil, Canada, Scandinavian states. The total number of military personnel reaches 13 thousand people, of whom 5 thousand represent the UK.


During the maneuvers, the landing on the coastline with the help of amphibians with the support of helicopters, and strikes are practiced aviation for specific objects. A number of operations have an anti-terrorism focus. 49 naval ships will take part in naval exercises.

Ctrl Enter
Noticed a mistake Highlight text and press. Ctrl + Enter
We are
Innovation Day of the Southern Military District: airborne combat vehicle BMD-2K-AUAssessing the international situation, Putin called on the military to "keep gunpowder dry"
53 comments
Information
Dear reader, to leave comments on the publication, you must to register.