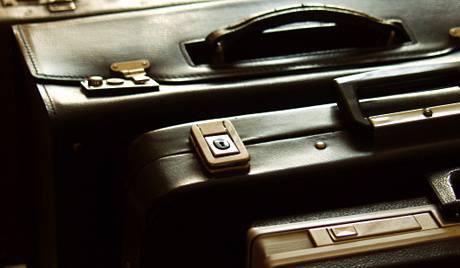 Disputes over the situation with Russian non-governmental organizations funded from abroad have gone beyond the boundaries of normal discussion. The debaters give arguments, each using only their own set, without hearing the opponent.


The Memorial, founded by Andrei Dmitrievich Sakharov, followed by the Western liberal press endlessly repeats the terrible meaning of the phrase “foreign agent” under Stalin. Critics of anti-Putin NGO's in response remind that Russian law actually copies the “Act on registration of foreign agents,” adopted in the US in the 1938 year and is still in force today.

For an observer younger, all this may sound wildly: Stalin died 60 years ago, in 1953, and the American Act was adopted in preparation for the Second World War, which the oldest of today's debaters found even small children.

But quite recently, the former Georgian president Eduard Shevardnadze (a politician highly respected in the West) accused the Soros Foundation and its associated Georgian NGOs in organizing the 2003 coup of the year that brought Saakashvili to power. The most interesting thing is that the American ambassador to Russia, Michael McFaul, who always calls Russia to repentance for Stalinism, does not intend to repent of events much closer in time. He does not repent either in the coup in Georgia or in the presence in the American funds of employees of completely different organizations.

This is how his member Maxim Grigoriev remembers his visit to the Public Chamber:

“It turned out that a number of people in these funds for some reason have extremely specific training. That is, training in the field of intelligence, guerrilla warfare, etc. The US ambassador said directly that he didn’t see anything wrong with that. He said that these people are in their place and perform their task. "

But the question is: what could be the consequences of tolerating such things. Recall: the post-Soviet space is a relatively recent, almost virgin soil for American foundations and organizations sponsored by them. Here these organizations appeared only in the nineties. Before that, in the seventies and eighties, all the same funds grouped around the so-called Peace Corps, refined their art in Latin America. Even earlier - in the sixties and earlier - they were seen in the Middle East.

In the zero years in the official American stories The twentieth century was a quiet but important revolution. Former President Bill Clinton recognized the role of the CIA in preparing Pinochet's coup in Chile in 1973, and Obama at the beginning of his reign uncovered the role of Americans in organizing a coup in Iran, which overthrew progressive Prime Minister Mohammed Mossadegh in 1953. It is worth noting that in those and other countries in those days, American charitable foundations were actively present, as if by chance.

Naturally, these funds did not come to Iran in 1953, and in Chile - in 1973. Before the upheavals, they managed to work there for many years, engaging in education and civil society. But when the revolution was accomplished, all these funds were suddenly politicized, actively advising pro-American regimes that had arisen in the place of the overthrown anti-American ones. So now the subversive role of those funds is obvious. There is a reasonable question. Why now should Russia believe in the "correction" of the United States after the twentieth century, if the United States likens today's Russia to almost the USSR under Stalin, who died exactly in the year of the coup in Iran?

Maxim Grigoriev, director of the Foundation for the Study of Democracy, considers the assurances of today's pro-Western NGOs in the non-political nature of their activities as elementary slyness:

"Of course, these organizations are engaged in politics. They pursue specific interests and coordinate with the authorities of foreign countries. They receive foreign assistance and often conduct anti-Russian propaganda activities. But I don’t urge to consider them intelligence agents of the US or any other. But their activities for society will be transparent and clear, it’s okay if they exist in Russia - I don’t see anything terrible in that. "

We live in an open world where the sympathies and antipathies of certain major politicians or entire regimes easily go beyond the borders of the state. Antipathies of the European Union and the United States to some high-ranking Russian politicians are known. They clearly manifested themselves during the last visit of President Putin to Germany and the Netherlands. It would be naive to expect that these antipathies will not find any response in Russia - at least from the part of the ever-dissatisfied liberal intelligentsia or part of the oligarchy moved away from the trough.

But Russia simply cannot do with itself, as with Iran in 1953, or as with Chile in 1973. The limit on the revolution in our country was exhausted in the early twentieth century. Now we need to strike a balance between preserving democracy and the need to avoid shocks.

Ctrl Enter
Noticed a mistake Highlight text and press. Ctrl + Enter
We are
About Stalin and KhrushchevNikolay Silaev, Andrei Sushentsov: Georgia after the elections and prospects for Russian-Georgian relations
82 comments
Ad