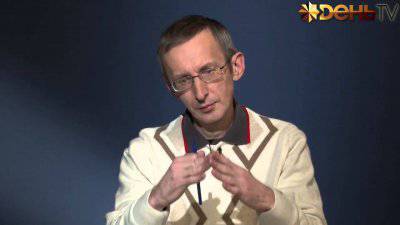 The emergence of European militants suggests that Europe is also the goal of world jihad and it requires motivated, trained and professional fighters capable of launching a war.


For Europe, the unpleasant discovery of the Syrian war is the fact that Europeans are already beginning to fight on the side of the “warriors of jihad”. And not specially selected and secret instructors and specialists-saboteurs of military and intelligence structures, but quite openly and privately citizens of the European Union - and not always of non-tribal origin.

The bulk of European jihadists are, of course, not the original French-Belgians-British, but “ponahiees” from Arab, African and Middle Eastern countries. But "ponah", already having full-fledged citizenship of the EU and legally being the most real Europeans. Islamic communities in the countries of the European Union have a tremendous influence on a significant in their quantitative composition "Euro-magnum", and it is completely logical that in Europe, as in the countries of the Middle East, recruiting centers and mobilization structures of world jihad are created in the same way.

We remember how money was collected in England for jihad in Chechnya, practically openly and with the full connivance of the authorities. The case ended with explosions in the London subway and London buses. Apparently, the situation after them, if changed, is clearly for the worse.

The recruitment of European Islamists is not made because the Middle East has already exhausted its human resources of holy war. One 80-million Egypt, plunging into chaos and misery, is capable of throwing out any number of Islamic warriors. It is enough to lower the bar of the situation - and recruit as much as you need.

Europeans need technologists of asymmetric wars in order to create mobilization structures of a future possible war in Europe, train and motivate future Islamic revolutionaries who, after returning from the Syrian (and perhaps not only Syrian) war fronts, should become leaven for the future European jihad.

The scenario of the war in Syria was repelled by exactly the same few, but quite professional and Syrian provocateurs and militants with a distinct criminal past. It was they who, at the beginning of the conflict, seized police stations, organized demonstrations and killed government officials. Launching the conflict, they called for a fight against the "bloody regime" that was destroying its own citizens - and now thousands and tens of thousands of co-religionists have been storming the Syrian cities for over a year. The co-religionists from the whole territory of the Near and Middle East, North Africa, among them, as is now known for certain, are both Russian and Caucasian fighters.

The emergence of European militants suggests that Europe is also the goal of world jihad and it requires motivated, trained and professional fighters who can launch a war at the place of permanent registration. European officials are beginning to see that not all of those who left for the Syrian war will perish on it without a trace. Many will come back, but whether the institutions of power of a tolerant Europe will be able to oppose this force to anything is unknown.

Euro-militants, who will certainly become heroes in the eyes of co-religionists, will be the center of crystallization through which European jihad can begin - and not as unsystematic as pogroms in Paris or Marseilles, but project, having its own organizational structures, financing, endless resources Islamic world. First of all - human. Whether Europe will be able, once awake in the middle of Syria on its territory, to organize resistance to this project at least at the Syrian level is a big question. To which the answer so far looks too unequivocal and far from rosy for Europe.

Ctrl Enter
Noticed a mistake Highlight text and press. Ctrl + Enter
We are
As NATO instructors in the territory of a military base in Estonia, trained Ukrainian nationalistsWhat you didn't want to know about England
55 comments
Information
Dear reader, to leave comments on the publication, you must to register.