What to keep stolen loot? 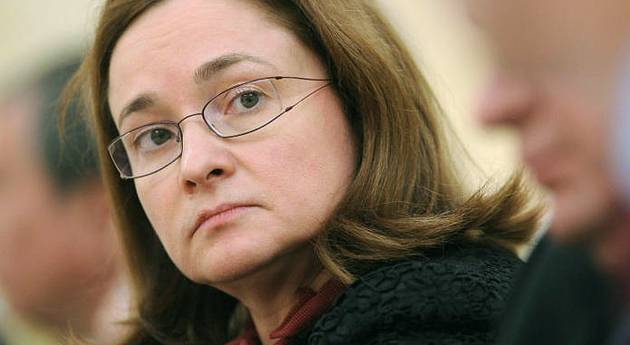 From the leadership of the Central Bank of the country leaves Sergei Ignatiev. He was called the man of Chubais and Kudrin. On Tuesday, to replace him, the State Duma approved Elvira Nabiullina. It is considered to be a protégé of the liberals of the new formation - vice-premiers I. Shuvalov and A. Dvorkovich.

It seems that the era of the mysterious Chubais is still ending. Let's see what the audit of the Accounts Chamber of the state corporation Rosnano led by it will present. They say that there were so many financial violations that could lead to criminal cases no less resonant than around Oboronservis, which was plundered by Serdyukov’s group.

Hope for this is instilled by the fact that the time for the uncontrolled theft of state funds and their brazen withdrawal to the western offshore zones has come to an end.

The outgoing chairman of the Central Bank Board, Mr. Ignatiev, recently complained that the swindler was taking out of the country to those offshore companies up to 50 billion dollars a year. Or the seventh part of the state budget. He said publicly, but without any hope of immediate intervention by the FSB, the UK, etc. He said and left, leaving this cargo to Elvira Nabiullina. She will be somewhat easier. It’s just dangerous for Russian crooks to keep money offshore.

It began with the fact that the so-called “Magnitsky Act” was recently adopted in the United States. Let's leave out the public reasons for its adoption. In reality, he made legal the freezing and even the withdrawal of money and real property of Russian citizens in the United States. Automatically similar laws are ready for adoption in the European Union. In the number of defendants can be entered by anyone, without explanation.

The reaction to the American “act” was the adoption in Russia of the “Law of Dima Yakovlev”. From now on, Russian orphans are forbidden to adopt citizens of the United States. That is, the reaction of Moscow to the financial disadvantage of respected Russian citizens turned out to be “from a completely different opera.” The Kremlin did not even dare to ban American military transit through Russian territory. Such impunity had the saddest consequences.

As a result of behind-the-scenes intrigues of Germany and the USA, Cyprus was ravaged with the actual arrest of the accounts of Russian individuals and legal entities. Billions of dollars are stuck on the island of bad luck. And if you take into account the accounts of offshore companies, whose real citizenship is also Russian, then we can talk about hundreds of billions of dollars. The Kremlin here could not present any ultimatums. Only created their appearance. And the money was locked up for many years in Cyprus. Moreover, Washington has banned Latvia from taking on the role of Cyprus, where the views of the Russian rich people, both overt and covert, were directed at first.

Last week was the main attack. A group of unknown Western journalists said it would publicize the names of the owners of offshore accounts and companies in the holy of holies - the offshore zone of the British Virgin Islands. The names of the daughters of Azerbaijani President I. Aliyev, the head of the secret Russian Oboronprom A. Reus, and the wife of Deputy Prime Minister I. Shuvalov have already surfaced. Mysterious Western journalists have promised to cut the cat's tail in parts: they will publish lists of offshore companies in all world offshore zones by the end of 2014.

The question is - where does such a reel come from? It is clear that no one is not journalists, but the real owners of those same dollars - the US government. They consider all American money as their property and track every dollar in any account. They even claimed through the lips of anonymous “journalists” that 32 trillions were hidden from their public. dollars! That is twice the amount of US debt. Agree, what a temptation to requisition at least half of this amount and solve your financial problems at once - crooks and thieves will not appeal to the court. Especially ours, "raseyskie."

In the global financial markets, after the statements of “journalists”, the flight from the dollar has already begun. Buy euro weakened by the European crisis, the price of gold is rising. Thus, the dollar becomes a cheap currency, which in the future will spur American exports. If our offshore swindlers have enough spirit, they will immediately start investing money in our own economy - they will hardly check the origin of the money here. If the spirit is not enough, then it is they, along with Chinese, African and other thieves, who are at risk of becoming victims of the withdrawal of "dirty money" from circulation. Dollars will be much less, and he will once again take on the role of the most desirable currency for investment.

And what, one wonders, is Mrs. Nabiullina doing in this situation? It may face gigantic demand for Russian rubles when crowds of Russian billionaires start to get rid of the seemingly garbage dough. The ruble will become super-expensive, and it will be possible to put a cross on the development of our economy.

In Soviet and Russian storieswhen the leaders did not know what to do with the money, they did monetary reform. The stewards were seized, like Pavlov, unscrewed by three zeros, like Gerashchenko.

What will the new head of the Central Bank do? It's hard to guess. But exactly twenty years ago, in the times of Ruslan Khasbulatov, she was listed as an expert in the group of reformer deputy V. Ruknikov at the Supreme Soviet of the RSFSR. They say that in her expert proposal there was nothing less than to withdraw the ruble from circulation and replace it with the US dollar.

Even Prime Minister Viktor Chernomyrdin was a supporter of this decision. But the experiment did not take place. Today, Elvira Sakhipzadovna will have to fight not for a dollar, but against. But did you forget the first love of the Soviet economist?

Ctrl Enter
Noticed oshЫbku Highlight text and press. Ctrl + Enter
We are
What you didn't want to know about EnglandWill Kudrin’s resignation lead to the abandonment of the “currency committee” regime?
Military Reviewin Yandex News
Military Reviewin Google News
52 comments
Information
Dear reader, to leave comments on the publication, you must to register.