Accounts Chamber: the purchase of food for the Russian army was conducted through offshore 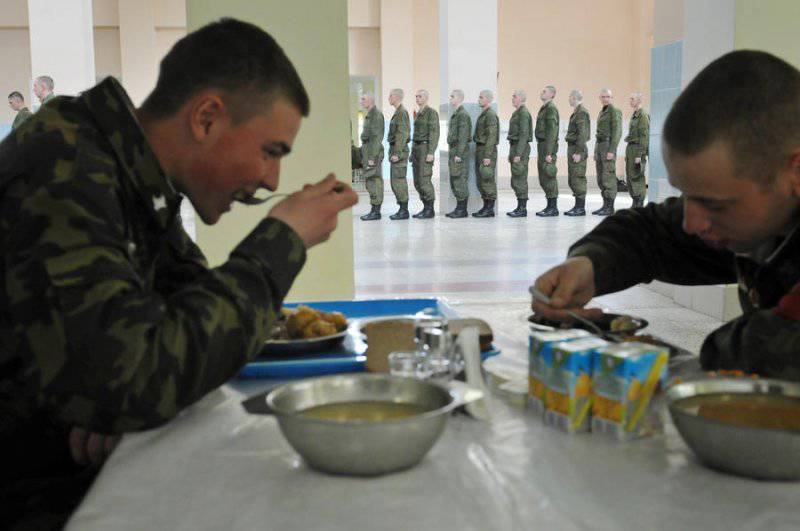 Auditors of the Accounts Chamber of the Russian Federation disclosed the scheme of “inefficient spending of budget funds” through the structures of the Ministry of Defense. Voentorg, which received government contracts to provide soldiers with food and bath accessories, reassigned its obligations to several companies registered in the Seychelles. At the same time, part of the budget funds was spent not on purpose.


The report on the results of the verification of the activity of Voentorg OJSC on the implementation of contracts concluded with the Ministry of Defense of the Russian Federation on 2011-2012 year is published on the website of the Accounts Chamber.

According to the data obtained, the built-in scheme for the provision of services for “catering and bathing and laundry services for military personnel does not correspond to the principle of effectiveness and efficiency”. Such a system not only complicates the work of the controlling authorities, but also creates prerequisites for the embezzlement of budget funds.

The audit showed that Voentorg did not provide independently declared services, but attracted co-contractors who “were not highly qualified outsourcing firms”. They were created several months before the conclusion of contracts, and their authorized capital amounted to 10-20 thousand rubles.

The final supply chain consisted of several intermediary enterprises. And their founders and co-founders "were firms registered in the Republic of Seychelles."

The report states that "part of the funds received from the federal budget for organizing food service for military personnel was directed to other purposes, for example, to purchase bills of exchange, issue loans, pay for advertising." Thus, nine subcontractors transferred billion rubles (2% of funds received) to 19 for advertising needs, despite the fact that they had debts to real service providers and were subsequently declared bankrupt.

The Ministry of Defense entered into an agreement with Voentorg in 2010, when the agency was headed by Anatoly Serdyukov.
The company is part of the holding Oboronservis, created in 2008 year.

Ctrl Enter
Noticed a mistake Highlight text and press. Ctrl + Enter
We are
Completed a surprise check of the troops of the Central Military DistrictReport on the results of the survey-2013 "Evaluation of state political figures"
37 comments
Information
Dear reader, to leave comments on the publication, you must to register.