The beginning of the satanic project, or to what kind of Europe does the pro-Western opposition pull us? 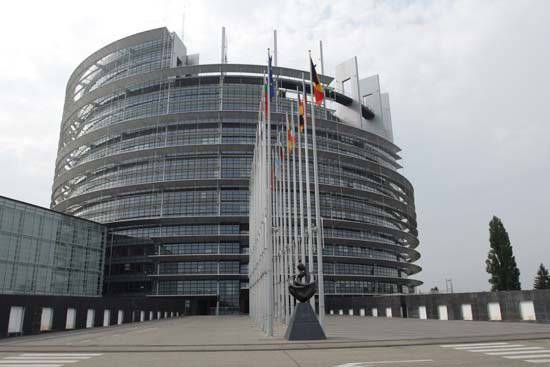 If retrospectively look at history European civilization, it is impossible not to notice its deep internal contradictions. Achievements of the human spirit in the form of deep medieval eschatology, which paved the bridge between the philosophy and art of ancient Greece and Rome, and the philosophy of modern times, which lay at the heart of the Renaissance and Enlightenment, and later - the classical philosophy, which led to the development of the "spirit of capitalism" as well as achievements in the field of art, literature, science and technology are beyond doubt and today constitute one of the components of the spiritual heritage of all mankind. We know this part of European history quite well, because this is her facade.

However, there is another side to Europe. The one that brought death to the conquered peoples, ranging from India, China and Africa to Latin and North America. Without going into details (which are beautifully laid out here и here), we can say that deep inside, not at the level of the cultural and historical facade, the history of Europe is exclusively the destruction of dissent, the destruction of indigenous peoples (in this regard, the history of Europe is also integral, no matter who did it - the Portuguese and Spaniards in Latin America or the French and the British in the North), imposing their cultural standards. In this regard, Europe has never been humane and dialogical - it built its relations with other civilizations solely on the basis of their total destruction and assimilation. And in this regard, its colonial history is fundamentally different from the colonial history of the Russian Empire, which did not destroy the people in those territories that were part of it, but included them as its integral part, and the new elites received all the rights of the old. This in the colonial history of the West can not be traced even at the minimum level. But this is so, for reference.

I'm about a friend.

This is how our perception of Europe is arranged, that it is perceived by us as a kind of torch that showed many nations of the world the way in darkness, towards history, progress and true religion. Although, I would like to stress once more, the reverse side of European civilization shows that this is far from the case - the same fascism was solely its offspring - other world civilizations did not produce such a monster.

And today, Europe is trying to create the image of one of the most developed, democratic and freedom-loving parts of the world, where everyone can find their own realization. It is into this world that the Belarusian (like Russian and Ukrainian) pro-Western opposition is trying to impose certain historical complexes on us, starting from Kievan Rus and adopting Orthodoxy.

However, does Europe today correspond to the image and image it is trying to create? An analysis of what is happening shows that this is far from the case.

First, Europe is becoming deeply immoral and anti-Christian. This is evidenced, above all, by the legalization of sodomy. In a Christian religious (I’m talking about the level of not even strict observance of church norms by society, but about the spirit that this society pervades), society cannot simultaneously exist both religious spirit and sodomy. There can only be one of two things. Religious, Christian man will never accept sodomy, because this is contrary to Christian teaching. However, when even the clergy were already allowed to be sodomites, then what kind of Christianity in Europe can we talk about? Sodomy has always been considered a sin in Christianity. A society that normally perceives sodomy ceases to be Christian, and in this regard, Europe, which has always been Christian (in its Catholic or Protestant version), is losing one of its European properties. "Europe" in Europe is becoming less.

Accordingly, this civilization becomes less European than it used to be and moves to the stage of development below, in the pre-Christian period of its development, into the paganism of ancient Greece and Rome, where sodomy was a fairly common, if not to say, ubiquitous phenomenon. Can this be considered social and social progress? Also not, because This entails other processes that decompose the fabric of a harmoniously organized moral society, in which there is a concept of good and evil, respectively, of virtue and sin.

Europe is trying to get away from sin. But destroying sin, Europe destroys the notions of good and virtue. If everything is permitted, then there can be no up and down, good and evil, heaven and hell. But Europe does not stop there.

Allowed sodomites to adopt children. But their someone must conceive and give birth. It means that these children should be taken away from someone, so that “our” perverts do not feel like perverts and damned sodomites who will burn in hell. This (the selection of children from parents from families under any plausible excuse) must somehow be clothed in a kind of social practice. And this “problem” was successfully resolved - juvenile justice was created as a new type of business, the essence of which is to select children from their parents for transferring them, including to sodomites.

Further more. It begins the destruction of the concepts themselves parents, dad and mom, son and daughter. It creates a monster from the depths of the public European unconscious - it is.

Just the other day in Holland legalized pedophilia. Even before that, the US legalized bestiality. Where to go? Who, after all this, dares to speak of Europe as the torch of world culture? How about a humane civilization? Where are the ideals of Christianity, Renaissance, the Enlightenment and the New Age, freedom, equality, fraternity, on which the European historical and civilizational identity was built? All this is ruined.

There is no longer a spiritual and civilized Europe; it has died. It remained only geographically, on maps and the form of a monstrous European Union, where the attack began on yet another of the fundamental principles of Western society — private property. After the expropriation of deposits in Cyprus, on the concept of the inviolability of private property, you can put a cross. This is evidenced by the latest norms in the banking legislation of Canada and France.

How can you now live in Europe, when your children for the slightest misconduct (of course, according to the juvenile justice version) can be taken from a family and given to sodomites, pedophiles or bestiality for education? How can you live in Europe, when your deposit in a bank can simply be taken away, accusing you, a simple depositor of your earned money, that you, and not bank managers and bank owners, are guilty of a banking crisis?

It would seem that everything has nowhere to fall. However, it turned out there is much.

Recent ones news came again from France. In this country, which has always been considered one of the pillars of European civilization, it suffices to recall the work of great artists, writers, poets, philosophers of the last four centuries, starting with Descartes, Rousseau and Voltaire, and ending with Deleuze, Foucault and Derrida, the next stage of European dehumanization and loss began those properties that allowed it to be considered a European civilization - under the pretext of the lack of worship and funds for the maintenance of historical monuments in France began destroy churches. 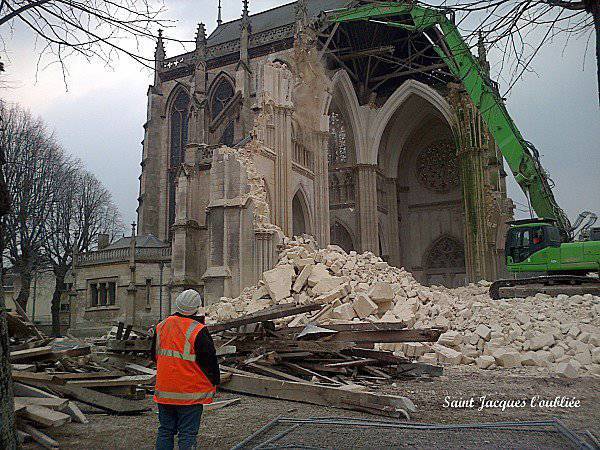 Now come. The ban on celebrating Christmas and other Christian holidays was only an easy prelude to what is happening before our eyes. And this is not sodomy. Here we must look deeper. In fact, this is Satanism, which is beginning to destroy the very thin cultural and civilizational layer of modern Europe, which is based on Christianity and the whole of religion, philosophy and culture arising from this. It is no longer simple and separate - sodomy, pedophilia, dehumanization of culture, philosophy, science, education, etc., all that can be described as anti-Christianity. Not. This is Satanism in an open and explicit form..

This project is akin to the Bolshevik in the version that was before Stalin - to make a bonfire from Russia and on the bones of the Russian people to kindle the flames of the world revolution. Who was behind this project is already well known today. Stalin managed to defend the Russian civilization. For that, today it is being defied by historical-cultural and civilizational sodomites and Satanists. They did not work out in Russia, now, after eighty years (what a legacy of Stalin!) They are trying to do what they could not do with Russia - they set about destroying European civilization.

The demolition of the church is a signal. And not just a signal. A bell alarm bell inviting to the coven of witches from around the world.

It is precisely in this anti-Christian, Sodomite, and satanic Europe, which has lost the last thread that connects with the good side of its history, that the pro-Western opposition continues to call on us with perseverance worthy of better use. So there is no more Europe, she died!

All that is - the territory on which the symbols of its ancient, Christian, Renaissance, etc. still stand. character But they are dead. They are devoid of their content. These are already dead forms. The demolition of the church that has occurred is a trial balloon. Although what is there to try already - the euromass swallows everything that is let go of it. There is no doubt that the entire layer of Christian culture in Europe will be gradually swept away and all architectural monuments that spoke and speak of its Christian and humanistic character will be destroyed. All works of art created by the genius da Vinci, Rubens, Dali, etc. will be destroyed. etc. All books of both writers-poets and philosophers will be destroyed. Everything that we know by the name of the European civilization - religion, philosophy, culture - will be swept away and destroyed. 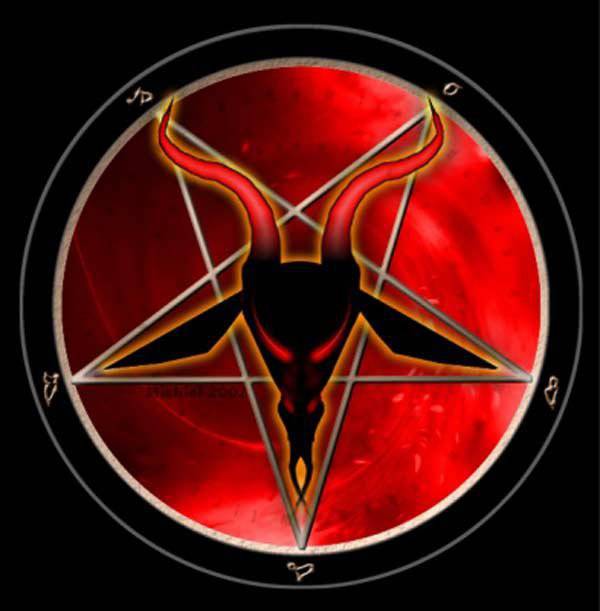 There is a different culture, much more terrible than Bolshevism. Satanism is coming. With new bloody rites and secret initiations. With new religiosity and new "standards" of "philosophy", "culture" and "education". And all this today is unfolding in full swing precisely in Europe. And it is on this holiday of death that our home-grown pro-Western politicians call us. As they say, idiocy rolls over, but the patient does not observe it.

The death of Europe in its present form means the end of a two-thousand-year-old Christian civilization in Europe and the curtailment of the Western civilization project as a whole. If we were still called to the celebration of the birth of something new, spiritual, humanistic and light, then one would have thought. But when we are called to the commemoration and at the same time to the birth of the Beast, this proposal should not be accepted. And since the Beast is not satisfied with a little blood, sooner or later (as before, by the way) it decides to extend its power to the Northern lands (I emphasize - Northern, we are not Eastern, East is far behind us - this is China, India, etc. .), it is necessary to keep the powder dry. And even better, to prevent the spread of fire to our lands, as it was in the twentieth century, crush the reptile in the bud. Maybe we can still save our brothers in faith and cleanse their souls from filth. Although hopes for this, frankly, not enough.

And our way is clear, clean and bright. That is what we should carry in our heart - 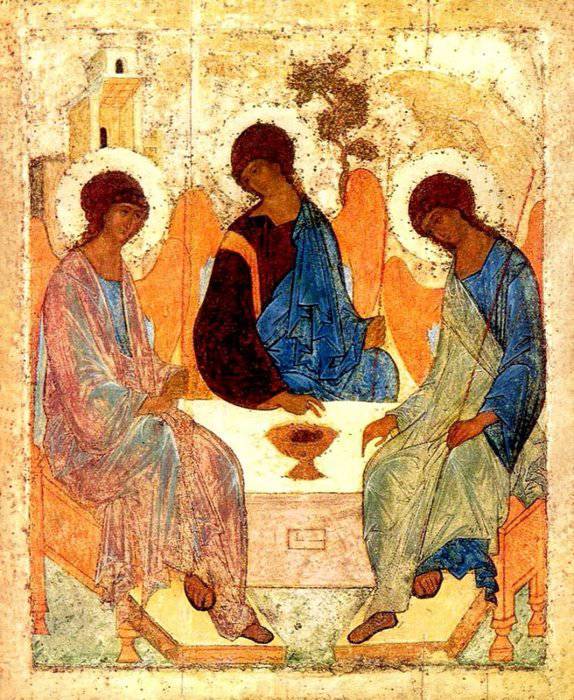 Ctrl Enter
Noticed a mistake Highlight text and press. Ctrl + Enter
We are
The world we leave, the world we enter, and the world between themDismantling of capitalism and the end of the Epoch of the Pyramids
40 comments
Information
Dear reader, to leave comments on the publication, you must to register.