April 12 2013
10
The Fire Scout MQ-8 is a helicopter-type vertical takeoff / landing tactical unmanned aerial vehicle (VTUAV). The MQ-8 was developed by Northrop Grumman (Los Angeles, California) for use in the United States military and naval forces. Fire Scout was originally designed for conducting reconnaissance from the air with real-time data transmission and cargo delivery to the troops. In addition, the MQ-8 is capable of striking ground targets. Schweizer 8 was used as the base for the MQ-333B. 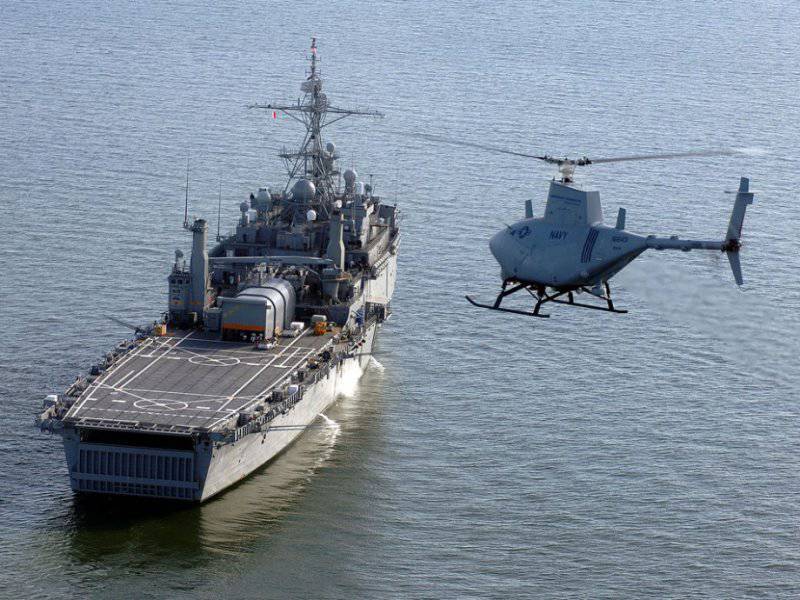 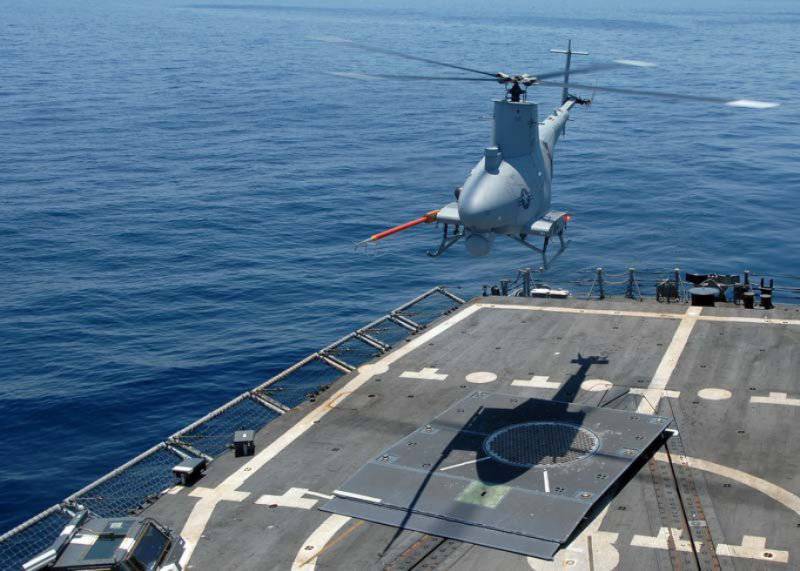 During tests at the Yuma test site in Arizona, the 2007 helicopter that first passed such unmanned aerial vehicles in July hit the target with two millimeters 70 missiles. The duration of the flight MQ-8B is 4 hours. There is enough time for a long flight from the takeoff site in nautical miles 110 radius.

The standard equipment of the helicopter, consisting of infrared and electro-optical scanners, as well as a laser rangefinder, makes it possible to find and identify targets, and also, depending on the importance, to rank them.

The unmanned multi-purpose helicopter MQ-8B is available in two versions: for ground forces and for sea-based. 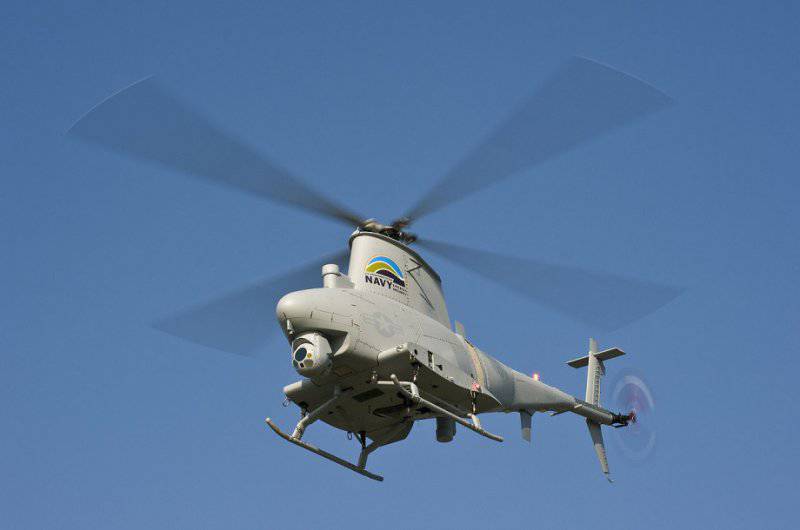 This unit is designed for action on the front edge and implementation for reconnaissance, target designation, target recognition, firing, and determination of damage. 272 kilograms of payload makes it possible to use the MQ-8B as a means of supporting troops and transporting goods for soldiers performing missions in hard-to-reach areas. The unmanned helicopter is equipped with the ASTAMIDS multi-sensor, which has multispectral and electro-optical detection systems, which allows the device to recognize vehicles, minefields, hidden and combat targets, obstacles along the route. ASTAMIDS uses highlight, quadrant prism aperture dividers, range finder and target pointer.

The unmanned aerial vehicle can be connected to informers of the American Army Warfighter, tactical communications systems TRS, and the tactical network VICTORY-T. 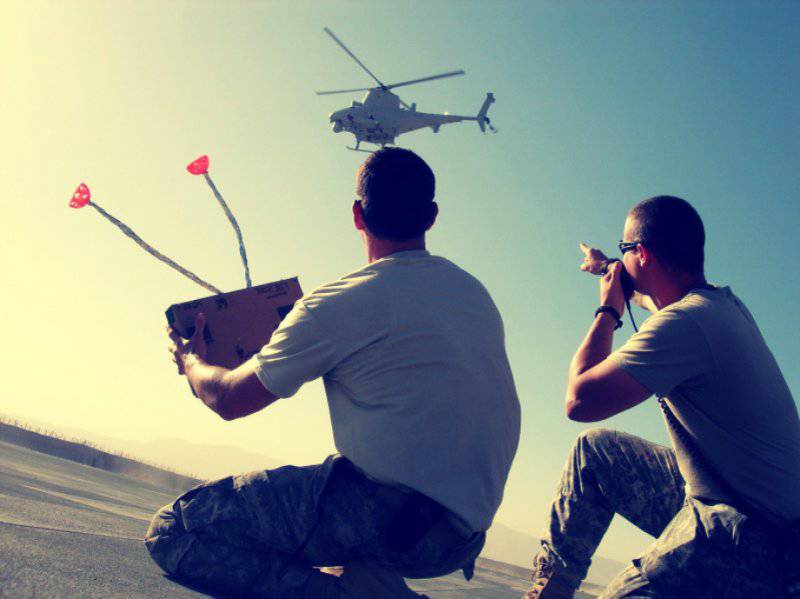 The MQ-8B has a four-bladed screw, and a larger diameter compared to the three-bladed RQ-8A. The swing of the blades is 8,4 m. The use of a new screw has reduced noise and increased performance. In addition, this screw allowed to increase (in comparison with RQ-8A) take-off weight from 225 kg to 1430 kg. In this case, the payload for the near mission is 320 kg. The four-bladed propeller was tested on Fire Scout prototypes.

When folded, the unmanned aerial vehicle has a length of 7 meters and is convenient for transportation. The maximum speed of MQ-8B is 110 nodes, the ceiling is 20 thousand feet. 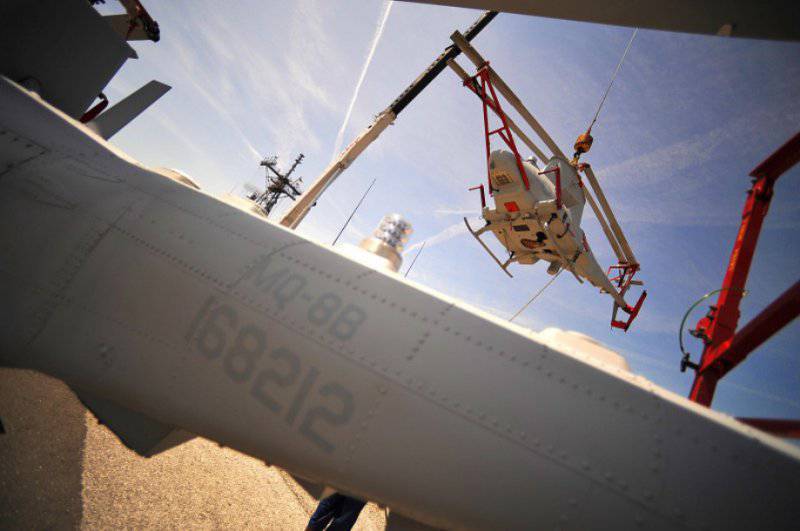 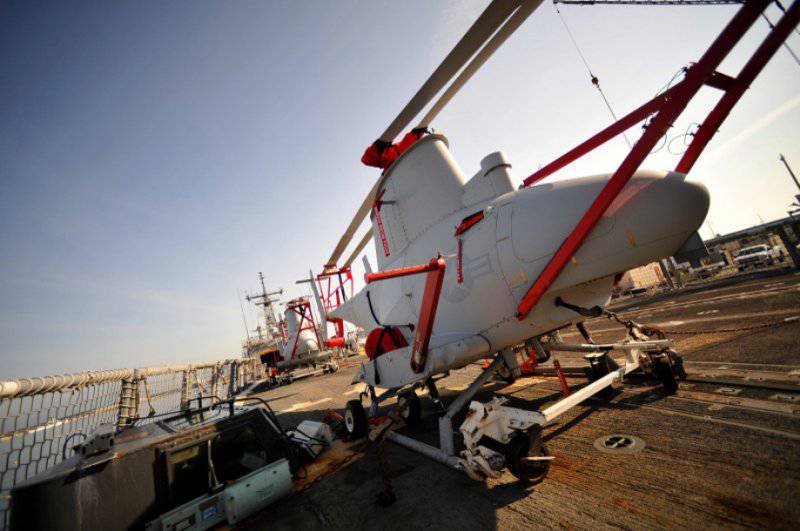 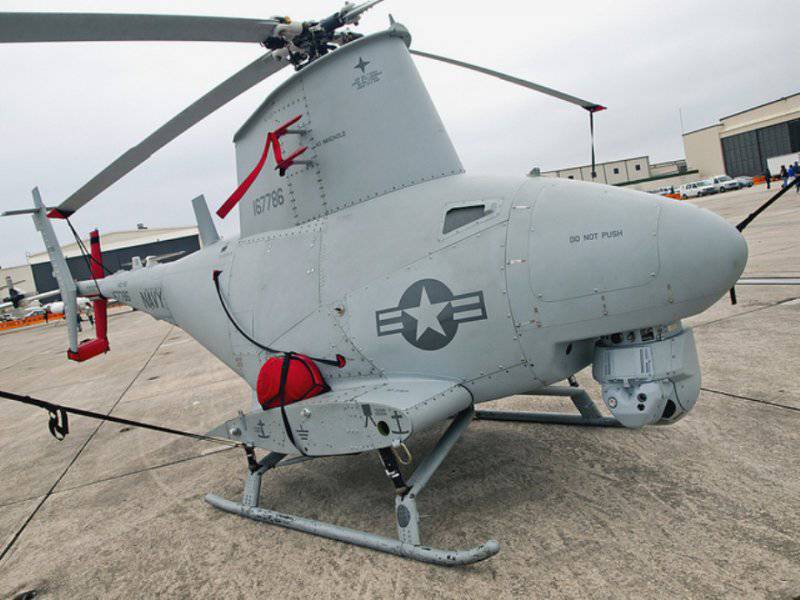 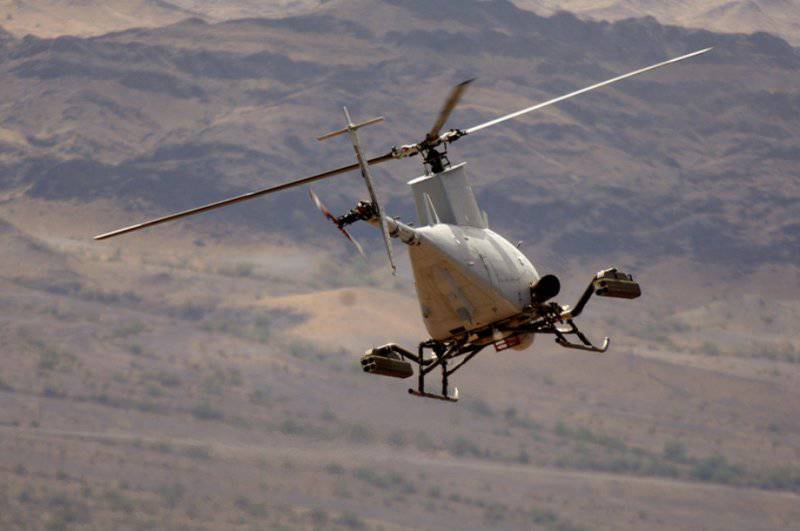 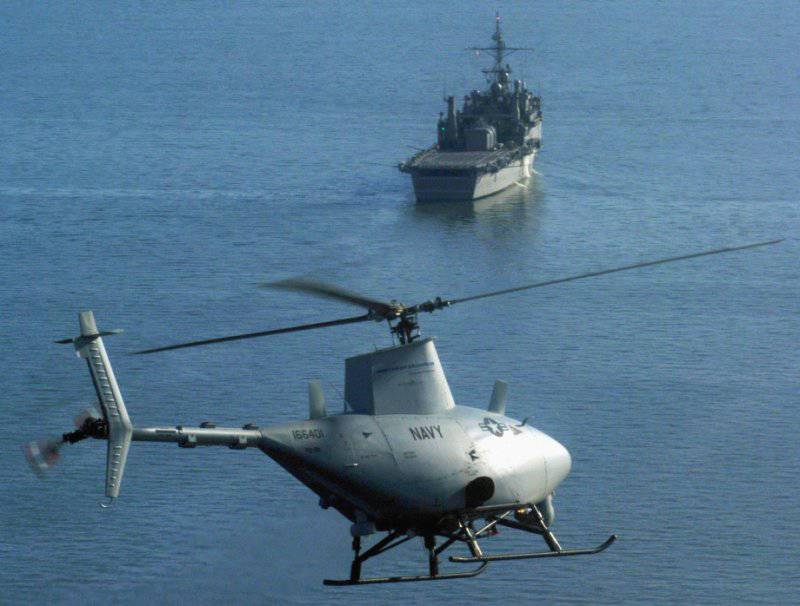 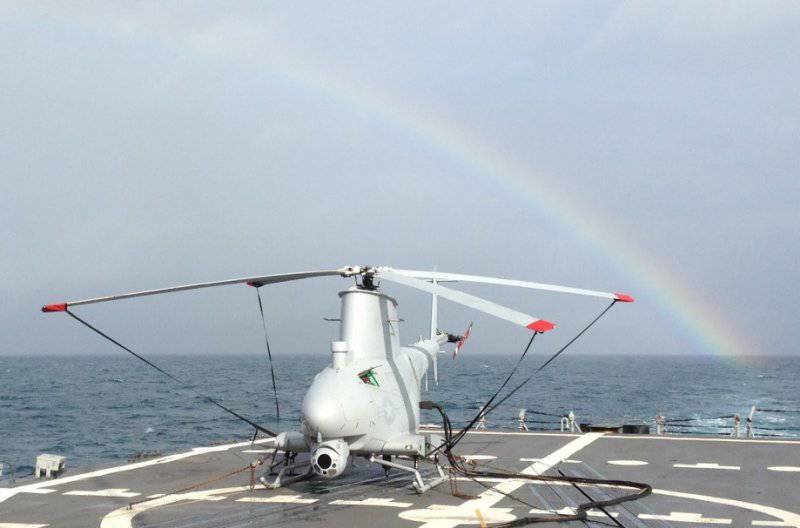 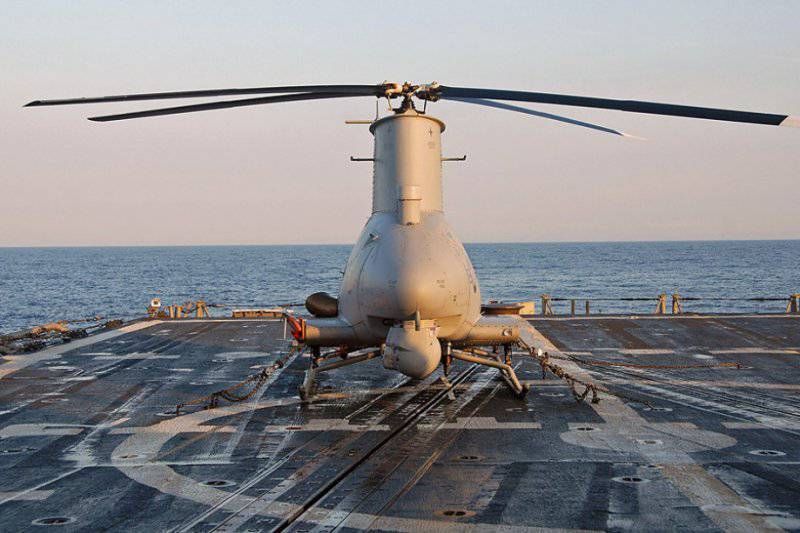 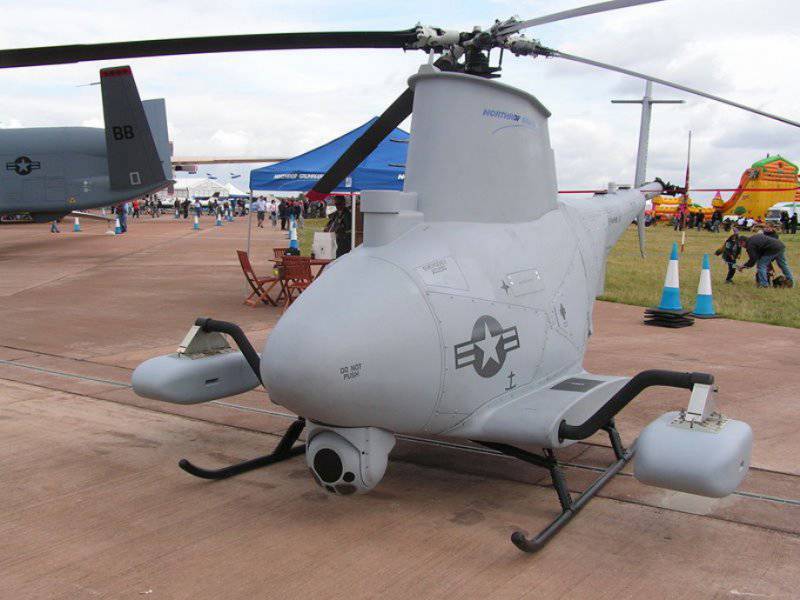 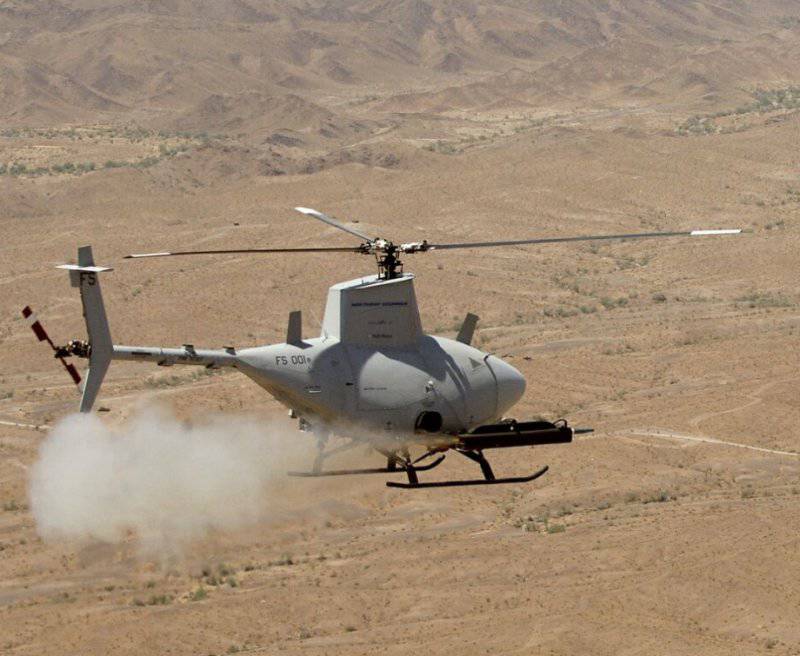 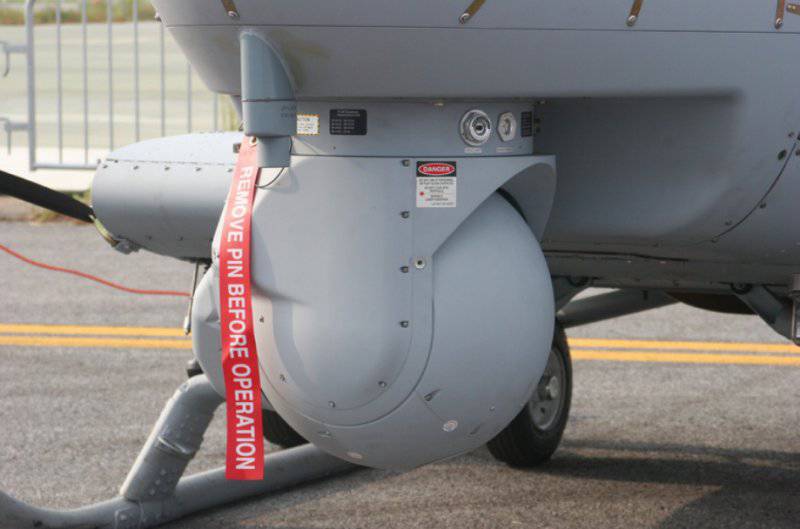 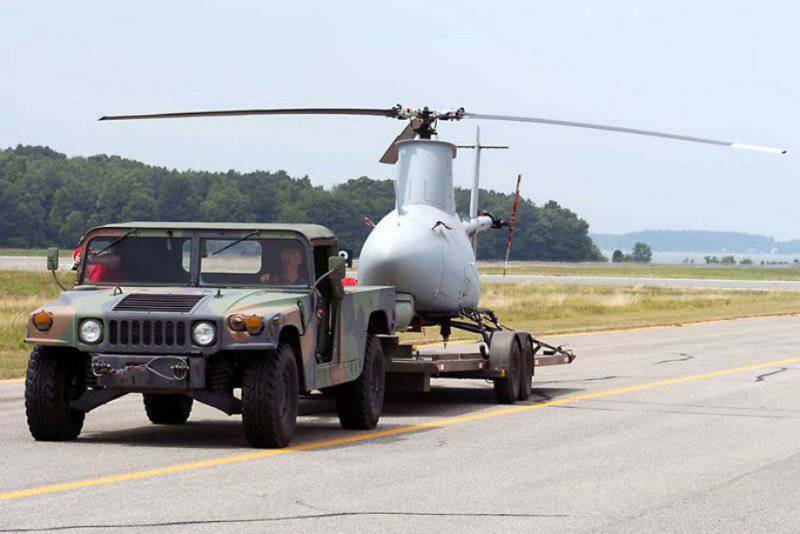