About new submarines and their bases

April 12 2013
93
Until 2020, the Russian Navy will receive 24 new submarines. At least eight of them (according to some reports, ten) belong to the class of strategic submarines. The rest are multi-purpose nuclear and diesel-electric with torpedo and rocket-torpedo armaments. Despite the fact that only a small fraction of the planned submarines has been built to date, the Navy command is already considering various issues related to their future service. For example, the question of the distribution of submarines by fleets. The financial and political cataclysms of the eighties and nineties seriously hit the plans of the fleet, as a result of which now the need for new technology is higher than it could be with a constant and systematic renewal of the material part.


With regard to strategic submarines with ballistic missiles, the basing problem can be considered resolved. Due to geographical, strategic, legal and a number of other reasons, such submarines have always been part of only the Northern and Pacific fleets. Baltic and Black Sea, with all its historical significance for the Russian fleet, always received only diesel-electric submarines armed with torpedoes and / or anti-ship missiles. This fact suggests that over the next years, multipurpose submarines and SSBNs will continue to be part of the Northern and Pacific fleets. In the case of strategic missile carriers, the main advantage of such a basing is that the submarine can quickly enter the combat patrol area, which must meet a number of requirements: in terms of area, distance from the enemy’s PLO forces and assets, optimality in the reach of the assigned targets, and the effectiveness of their forces ensuring combat stability, etc.
The specificity of the tasks, namely the attack of the enemy's underwater and surface ships, does not require a similar approach to basing multi-purpose boats. Therefore, they can be placed on bases close to the patrol areas where there is the greatest threat.

An excellent example of such a base is the Black Sea Fleet, which has direct access to the Mediterranean region, and from there to the Atlantic Ocean. It is worth recalling that the Mediterranean is one of the most important geopolitical and strategic areas. There are several reasons for this importance. First, as already mentioned, the possibility of access to the Atlantic. Secondly, ships and submarines of a potential enemy, while in the Mediterranean, can hit objects on Russian territory. Thirdly, we should not forget about the sea shipping routes and the South Stream gas pipeline under construction. All these communications are also in the area of ​​responsibility of the Black Sea Fleet.

No less important for the country is the Baltic Fleet. As in the case of the Black Sea, in the immediate vicinity of its bases lie sea routes and the Nord Stream gas pipeline. In addition, it is the ships of the Baltic Fleet that have the most convenient and shortest access to the northeastern part of the Atlantic Ocean. Also, we should not forget about the possible missile attack of the enemy from these areas. Thus, the Baltic Fleet can and must also carry out a search and, if necessary, the destruction of enemy ships and submarines.

The area of ​​responsibility of nuclear and diesel-electric submarines of the Northern Fleet with missile-torpedo weapons is almost the entire Arctic Ocean. For several decades, this region has been of great interest militarily, since in fact it is a very convenient place to launch ballistic missiles from submarines. Therefore, in the foreseeable future, the submarines of the Northern Fleet will not remain without work and will continue to monitor the appearance of ships and submarines in the region.

Finally, the Pacific Fleet. The Pacific Ocean, as well as the Arctic Ocean, is one of the main areas of patrol of strategic submarines of various countries. Now Russian, American and Chinese ballistic-missile submarines on board are going on trips. In addition, surface fleets belonging to several states are present in the region. Thus, the cover of the east coast of Russia and its protection from a nuclear missile strike from this direction entirely falls on the Pacific Fleet.

As you can see, all the operational-strategic associations of the Russian Navy, with the exception of the Caspian flotilla, have a number of tasks, which require submarines armed with torpedoes and cruise missiles. Thus, submarines of similar types must be commissioned into all fleets. At the same time there are a number of factors that, with all their desire, will not allow to do this quickly and with maximum effect. For example, now, due to the lack of appropriate infrastructure, it is planned to equip the Black Sea and Baltic fleets only with diesel-electric submarines. Nuclear still remain the prerogative of the North and Pacific.

Announced plans for the launch of 2020 24 submarines include the construction of eight strategic submarines of the 955 and 955 "Borey" projects, at least seven to eight multi-purpose boats of the 885 and 885М "Ash" projects, as well as at least six diesel-electric submarines 636 Varshavyanka project. It is also planned to bring the project 677 "Lada" and begin serial construction of such boats. The status of the last project still raises some questions, but by 2020, or even much earlier, the situation should be clarified. 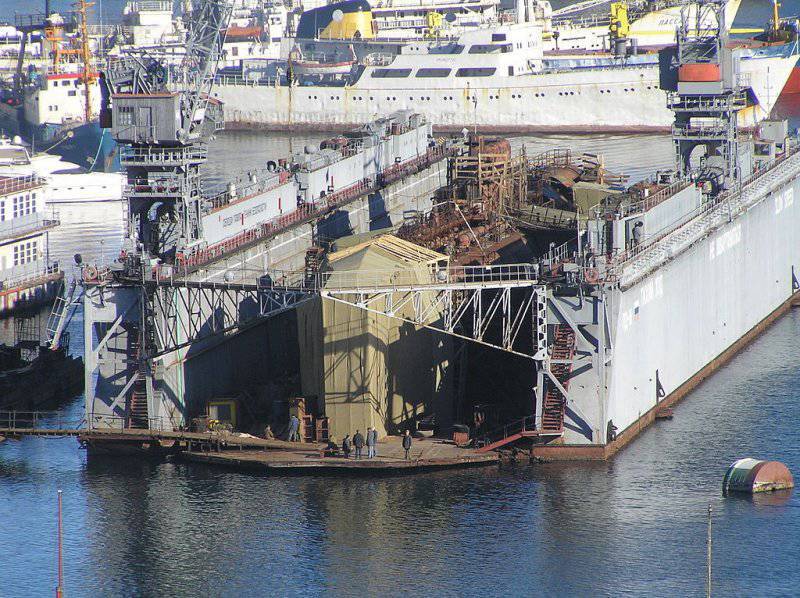 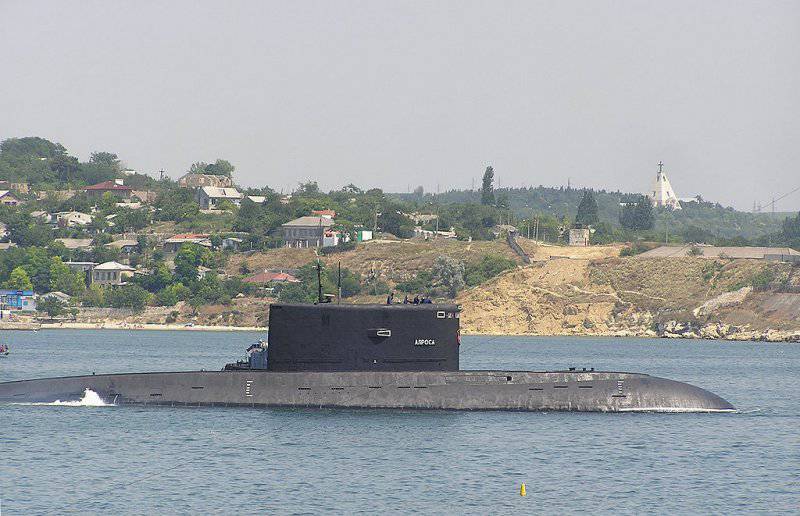 Consider the state of the "park" of non-strategic submarines in the Russian Navy. The Black Sea Fleet currently has only two diesel-electric submarines of the 641B projects (B-380 “Holy Prince George”) and 877B (B-871 “Alrosa”). It is worth noting that the B-380 submarine has been under repair for several years, its future prospects sometimes become the subject of controversy. The submarine B-871 "Alrosa" serves with the 1990 year, and at the beginning of the two thousandth was repaired. Thus, in fact, the Black Sea Fleet has only one submarine capable of serving and performing the assigned tasks. 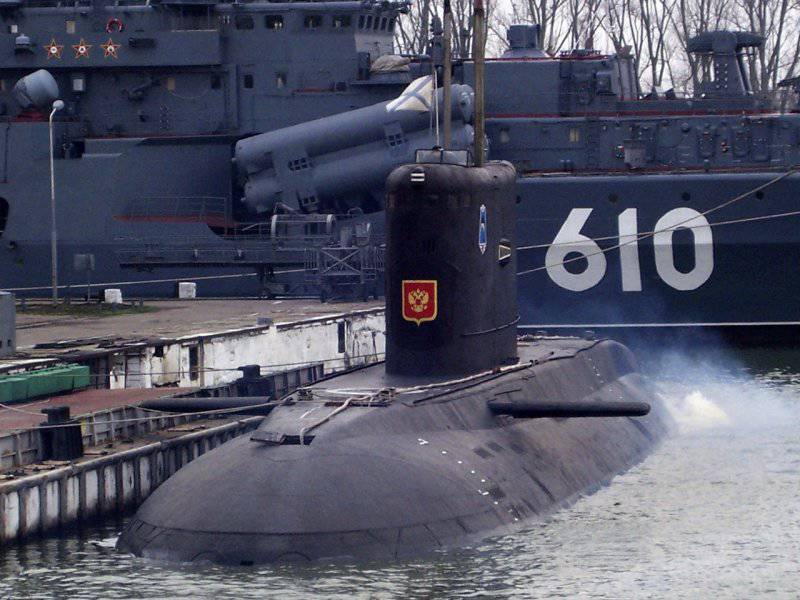 In the Baltic Fleet, the situation is slightly better. As part of this union there are two diesel-electric submarines of 877 (B-227 "Vyborg") and 877EKM (B-806 "Dmitrov") projects. Both of these submarines began service in the eighties, and in the second half of the nineties and the beginning of the two thousandth underwent an average repair. Also in the Baltic was supposed to serve a new submarine B-585 "St. Petersburg", built on the project 677. However, due to numerous problems with the power plant, it is still in trial operation and will not be accepted into the fleet's combat strength. Failures of this particular submarine led to the current situation with the project Lada 677. 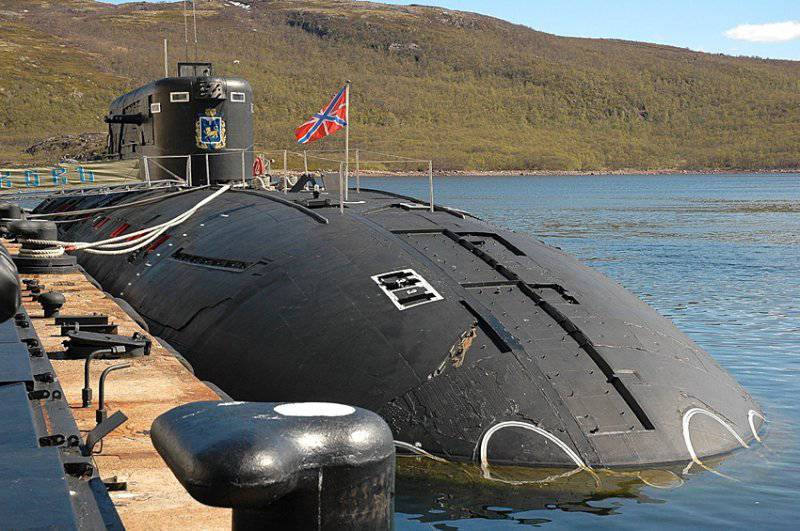 In the Pacific, 11 serves as multipurpose nuclear submarines of the 971 and 949А projects, as well as seven 877 diesel-electric submarines. Unfortunately, most of these submarines for various reasons can not serve and patrol specified areas. At the same time, with regard to the age of technology, the Pacific Fleet is almost as good as the Northern Fleet.

As we see, the Black Sea and Baltic fleets are in need of new submarines with missile and torpedo weapons most of all. From official sources it is known that in the coming years, the Black Sea Fleet will receive six new diesel-electric submarines of the 636.3 project. In the future, the construction of such submarines for the Baltic Fleet is not excluded. In addition, to equip these two operational-strategic associations in the future it is planned to build non-nuclear submarines of the refined 677 project, but the state of the latter still raises a lot of questions. Therefore, in the near future, the Baltic seamen, unfortunately, will not receive new non-nuclear submarines. 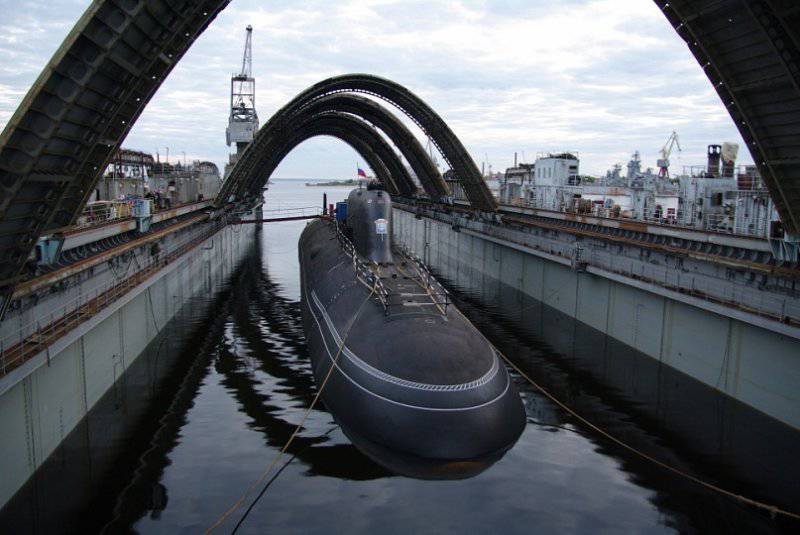 Earlier it was reported that several submarines project 677 will be built for the Northern Fleet. However, for the time being, the main hopes for the renewal of this alliance are connected with the nuclear submarines of the 885 and 885М “Ash” projects. It is already known that the head boat of this project K-560 “Severodvinsk” will be part of the Northern Fleet by the end of the current 2013 year. On the second submarine of the series, which received the name "Kazan", so far there is no such information, as well as the following 5-6 submarines. Most likely, the "Ash" will be distributed between the Northern and Pacific Fleets. As for the service of these submarines in the Baltic or Black Seas, this scenario is unlikely. As already mentioned, the Black Sea and Baltic fleets do not yet have the appropriate infrastructure, which does not allow them to operate ships with nuclear power plants.

Finally, it is worth mentioning the theme of arming new non-strategic boats. All three projects provide for the use of the same systems. These are unified 533-mm torpedo tubes with the possibility of firing torpedoes and Caliber missiles. Also, all boats can use mines, ammunition which, however, reduces the stock of torpedoes or missiles. From the other boats in the arms aspect, the “Ash” project is significantly different. In addition to torpedo tubes, these multipurpose SSNs are equipped with eight shafts with four launchers for the Onyx P-800 cruise missiles. Torpedo and mine armament corresponds to the projects 636 and 677.

When using Caliber family missiles (3М-54 line), submarines are capable of attacking enemy ships from a distance of 220-300 kilometers, depending on the specific type of rocket used. In the case of the use of caliber anti-submarine missiles, the range is reduced to 40-50 kilometers. The “Onyx” missiles of the submarines of the 885 and 885М projects have approximately the same characteristics as the “Caliber” and are capable of hitting surface targets at a distance of up to 300 kilometers.

On the basis of information about the range of the missiles, we can draw appropriate conclusions about the potential of submarines, in particular, about their possible combat work in a particular area. For example, in theory, several submarines of the Black Sea Fleet can block a significant part of the Mediterranean Sea and nearby land, thereby significantly hampering the movement of enemy ships, and also taking on some of the land targets. The same can be said about the new submarines of the Baltic Fleet, which are capable of conducting a similar operation in their area of ​​responsibility. Of course, we should not forget about the detection of targets, the need for hidden movement and anti-submarine means of a potential enemy. Nevertheless, it is theoretically possible to block a large area with several boats.

As you can see, all the main units of the Russian Navy need new submarines capable of fighting enemy ships and submarines. The past years have seriously undermined the combat potential of the existing equipment and therefore urgent updating is required. However, the economic and production capabilities of the country do not allow for a few years to fully restore production with the pace of the sixties or seventies. Nevertheless, the construction of new submarines continues and is gradually gaining momentum. Therefore, from concern about the future of the submarine fleet, you can move on to equally important and useful matters, for example, to prepare the infrastructure for the newest submarines.