Saakashvili checked for crimes against humanity

April 12 2013
120
The current head of the Cabinet of Ministers, Bidzina Ivanishvili, was marked by the explosion of a political bomb in Georgia the other day. He directly accused President Saakashvili of starting the war with Russia in August 2008, and called for a full-scale internal investigation into the events of 4,5-year-old. As they say, better late than never ... 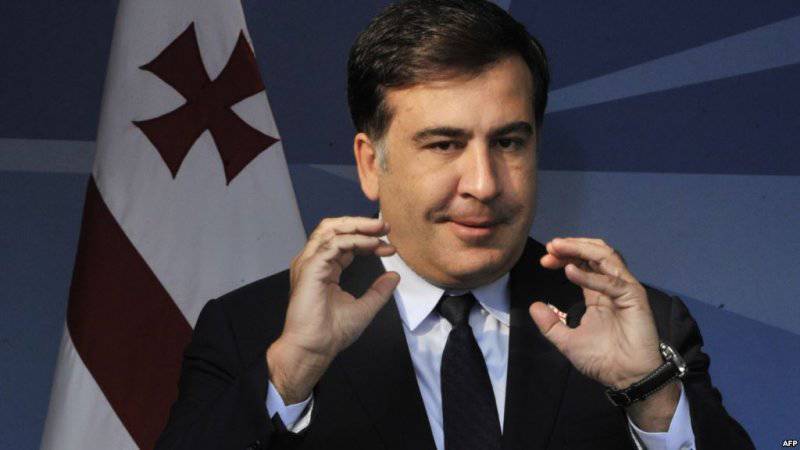 According to Bidzina Ivanishvili, Saakashvili as president instead of entering Georgian troops into South Ossetia and starting full-scale hostilities should have invited international observers to monitor the situation, if the Georgian president was certain that some bands were firing from the territory of South Ossetia. A fatal mistake made by Saakashvili 4,5 a year ago, Ivanishvili considers the introduction of Georgian troops until the Russian troops crossed the Russian-Georgian border. According to the Prime Minister and concurrently the leader of the movement “Georgian Dream”, it was the actions of the still active Georgian President Saakashvili in the “Olympic” August that led to the fact that part of Georgia lost a certain percentage of territories. In addition, Ivanishvili is convinced that the time has come when the truth about who actually unleashed the war (and this is true, and the head of the Georgian Cabinet himself speaks about this) is contained in the report of the EU commission chaired by Heidi Tagliavini, who made an unequivocal conclusion wars from Georgia), now the Georgian people should know.

By the way, in Georgia, the topic of the start of hostilities 8 in August, 2008, for a long time, exploited and continues to exploit Saakashvili himself, spreading his vision at all corners of the issue, which looks so that Russia would start the war against Georgia. This thesis of Saakashvili can be called the main leitmotif of the second part of his presidency. Blaming Moscow for militarism, Saakashvili reached the point where he himself seemed to believe in his own infallibility. Over the 4,5 of the year, the Georgian president managed to form an innocence syndrome, about which he trumped to the right and left, exposing only the “big northern neighbor” as the main culprit for all Georgian misfortunes. Let's call this syndrome Saakashvili's syndrome.

And then thunder boomed out of the blue. There was a person in Georgia who said that it’s time to start fighting with Saakashvili’s syndrome. However, the process that led Ivanishvili to the thesis that it was time to announce the president’s guilt in unleashing a war, after which Georgia lost up to 40% of its territory, did not begin in Georgia itself. According to the statements of Georgian Justice Minister Mrs. Tsulukiani, Tbilisi it became known that the Hague International Criminal Court received several applications with a request to investigate crimes against humanity committed by Georgian high officials in South Ossetia. The prosecutor of the Hague International Court may begin work on the territory of Georgia and South Ossetia in order to obtain reliable facts that the Georgian army committed a number of war crimes in South Ossetia, following the orders of the commanders.

After reports that the prosecutor could begin such work, it turned out that the work, it turns out, had already begun. The Georgian prosecutor’s office from The Hague was asked about what actions it had taken in order to identify facts of crimes against humanity or ethnic crimes (this, of course, about August 2008 of the year). First they requested, and then the prosecutors themselves decided to come from The Hague to Tbilisi. The delegation demanded that the Georgian side conduct an investigation and present all the facts concerning the possible crimes committed during the five-day war with Russia. The work of the representatives of the international court in Georgia was announced by Prosecutor General Archil Kbilashvili. At the same time, Kutsnashvili stated that he did not know on what basis the “guests from The Hague” demanded an investigation and the provision of all the information on this matter, and added that Georgia could also figure out the matter itself.

It was after the visit of prosecutors at the international level to Georgia that he expressed a desire to conduct a full-scale internal investigation of Bidzin Ivanishvili. Prior to that, although his confrontation with the current president was indicated, he didn’t bring up to really sharp forms of opposition - everything was limited to verbal poking in the style of “But who are you? ..” Now this is the third party that pushes these real oppositions. At the same time, both Ivanishvili and Saakashvili may be surprised, why did The Hague decide to take up Georgia? As they say, they did not expect anyone from ... Is this really a big drain? - obviously, Mikhail Saakashvili reflects, trying in vain to get explanations from his main friends. But is it really that all threads lead to The Hague? Let's try to figure it out.

What can Georgia expect if it is really compelled to conduct a full-fledged investigation of what the great adventure of the Georgian president of the XENUM X model in August led to? And here, by and large, there are two options. If this is really a big drain for Mikhail Saakashvili, then the West is simply trying to cover its tracks in this slippery business. After all, Saakashvili as a person is very far from Napoleon’s scale, and therefore it is naive to assume that he was solely in his “call of the marshal's heart” and without approving pats from the western side moved to Tskhinval in 2008. And so that Mikhail Nikolozovich suddenly did not take advantage of the situation and did not “blunt” something superfluous after his rather early departure for a presidential pension, they probably decided to throw a spear more substantively. If this spear in the form of the discovery of facts of war crimes by the Georgian army in 2008-m gets into the torso of Saakashvili, then it will turn into a real political corpse. The expectation is that even if Saakashvili decides to counter-drain his Washington “friends,” after the publication of the results of the investigation of war crimes for which the Georgian president gave orders, but this fact was carefully concealed, no one would believe him ... the silence of Saakashvili, gentlemen in the West can reflect in this situation.

But if silence is waited from Saakashvili, then why raise a fuss? Supporters of the conspiracy thesis state that the reason for this was Putin’s visit to Germany and the Netherlands. They say that it is Putin in Europe who has whispered in his ear, so that they take a bulldog grip on his "sworn friend" Saakashvili ... The version is certainly interesting, but it is hardly worth taking it seriously.

But another version deserves more attention. It lies in the fact that the Georgian side and, in particular, Bidzina Ivanishvili himself could have become the main initiator of the Hague’s interests in this matter. What is the reason for this? And the reason, in fact, there is. Well, for example, bringing Mikhail Saakashvili to trial can significantly raise Ivanishvili’s rating in Georgia itself - this is one time, and to help start a better relationship between Tbilisi and Moscow - these are two. After all, today the absence of full-fledged contacts (including economic) between Russia and Georgia is the Achilles heel of the latter, and the acting prime minister wants to become the person who will return these contacts to the proper level.

However, let's not forget that the investigation of the situation related to August 2008 of the year marked by the Georgian side, by the same Ivanishvili, can be used not only against Saakashvili, but also against Russia. After all, having convicted Saakashvili of crimes against humanity, nothing will prevent Georgian individuals who will conduct an “investigation” from catching the Russian side as well. They say they crossed the border of Georgia - already an international crime, flew in bomber planes over the territory of an independent state, forced people to hide in the basements of their houses - also a crime ...

So the investigation, which allegedly initiates the Hague International Court of Justice, can lead to clearly ambiguous results. And here everything depends on the thoughts that are swarming in Bidzina Ivanishvili’s head today. If he decides to go exclusively on the path of rapprochement with the West, the “investigation” will be used for the final reprisal of Saakashvili and, in addition, for putting forward new claims against Moscow: that everyone is to blame and I brought everyone to clean water. I'm good! ..

And if Ivanishvili was going to get closer to Russia, then only his political opponent, along with the party led by this opponent, would be merged. In general, in any case, Carthage must be destroyed ... uh-uh Saakashvili will be merged ... What does Saakashvili do in such a situation? Is it possible to ask whether the branch office of Heinrich Padva works in Georgia ...

Ctrl Enter
Noticed oshЫbku Highlight text and press. Ctrl + Enter
We are
Ivanishvili told the terrible truth about Russia, or Two of the Georgian casket ...Saakashvili leaked, or Bog for Bidziny
Military Reviewin Yandex News
Military Reviewin Google News
120 comments
Information
Dear reader, to leave comments on the publication, you must to register.