Kaczynski was killed by the Americans themselves

April 12 2013
183
Russian security services have figured out how the Polish president Lech Kaczynski was actually killed. The crash at Smolensk 10 on April 2010 of the Tu-154 aircraft with the Polish government delegation was due to the malicious reorientation of the American-made satellite navigation system installed on board the aircraft. GPS gave false geographical coordinates and implausible data about the distance to the landing site. Because of what the pilot in bad weather conditions did not have time to react and pull the plane from the peak. 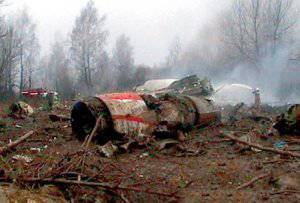 When examining the crash site, the specialists were most surprised by why the pilot had taken the plane off the glide path. After all, the liner unexpectedly for the crew was in 500 meters from the runway and five meters from the ground instead of 60! According to experts, the Americans locally changed the “ground level” in the presidential plane’s GPS system.

No one except the US intelligence services can produce local displacements of the GPS coordinate grid.

This feature is designed for use during the conduct of hostilities. For example, while repelling Georgia’s attack on South Ossetia in 2008, Russian gunners faced the problem of a shift in civilian GPS signal. The Americans shifted the coordinate field to 300 meters in this zone, deliberately distorting the civil channel. As a result, Russian fire spotters could not use civilian GPS devices. The assumptions were confirmed when the staff "Hummers" with hard drives with backup software for managing GPS on board were captured from the Georgian side. 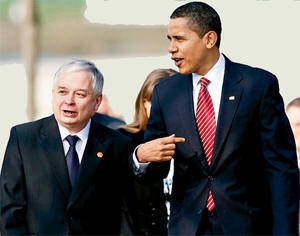 Kaczynski was a faithful ally of the White House in all things related to military cooperation against Russia. But at the same time, he 18 once imposed a presidential veto on the laws of the Sejm and the proposals of the government to liberalize the economy of Poland.

An ardent nationalist, Kaczynski blocked foreign capital from buying up enterprises and banks in Poland, and prevented businesses from taking out capital from the country. The pinnacle of his economic conflict with Washington was the veto of the liberals' pension reform. According to it, hundreds of millions of dollars were to be spent on the purchase of US government bonds and sent to custody in US banks. And in the end they got the Polish old men.

The classic Pindos version of punishing the leaders of such countries is a temporary collapse of their economies. But how can you bring down the economy of the “main country of the sanitary cordon”? Kaczynski was a stubborn supporter of the sovereign economy of Poland. And for this he paid with his life. 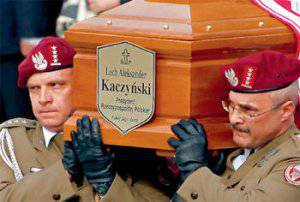 The catastrophe near Smolensk, the Yankees intended to finish off two birds with one stone: to remove stubborn Lech from their path and drive another wedge into Russian-Polish relations.

Recently, former Polish Deputy Prime Minister Andrei Lepper was killed by US intelligence agencies. The deceased headed the “Self-defense” party, the only pro-Russian party in the Polish parliament. Just like Kaczynski, he did everything to protect the economic independence of Poland. Lepper was an ardent supporter of Belarusian President Alexander Lukashenko.

Ctrl Enter
Noticed oshЫbku Highlight text and press. Ctrl + Enter
We are
Interview by President Bashar Al-Assad to the Sunday TimesPolish Commission admitted the blame of their pilots in the crash of the presidential plane near Smolensk
Military Reviewin Yandex News
Military Reviewin Google News
183 comments
Information
Dear reader, to leave comments on the publication, you must to register.