Zoltan Dani - the winner of the stealth aircraft

April 11 2013
57
March 24 The NATO military operation against Yugoslavia began on March 1999. The bombing of the country continued throughout the 78 days and ended with the Yugoslav army leaving Kosovo, which representatives of the North Atlantic alliance wanted. To the surprise of many, already on the 3 day of air raids, the Yugoslav air defense system was able to shoot down an American stealth aircraft F-117A, made using the stealth technology. This aircraft was the pride of the US military aircraft, an important propaganda tool and one of the most famous aircraft of the late XX century.


As it was later established, the F-117A was shot down on March 27, 1999, about 40 kilometers from Belgrade, with the 3rd battery of the 250th Air Defense Brigade, which defended the capital. This battery was commanded by Colonel Zolton Dani. Pride of the American military aviation became a victim of the S-125 air defense system missile, which was created in the USSR in the late 1950s. So the most famous American plane was shot down over Yugoslavia by the Soviet air defense complex, commanded by an officer who studied at the Minsk Higher Engineering Anti-aircraft Missile School of the Air Defense Forces. More than a good example of the echo of the Cold War. Part of the wreckage of a plane shot down over Serbia was then handed over to the Russian military for examination.

Currently, Colonel Zoltan Dani has resigned from military service and is engaged in quite peaceful things, he holds a bakery in the Serbian village of Skorenovovac. Every year on March 27 he celebrates the events of the year 1999. On this day, he bakes a cake in the form of a downed F-117A stealth aircraft, which becomes the main treat for a festive evening. Zoltan believes that the episode that glorified him, like everything else in this life, is the result of accurate knowledge and hard work. 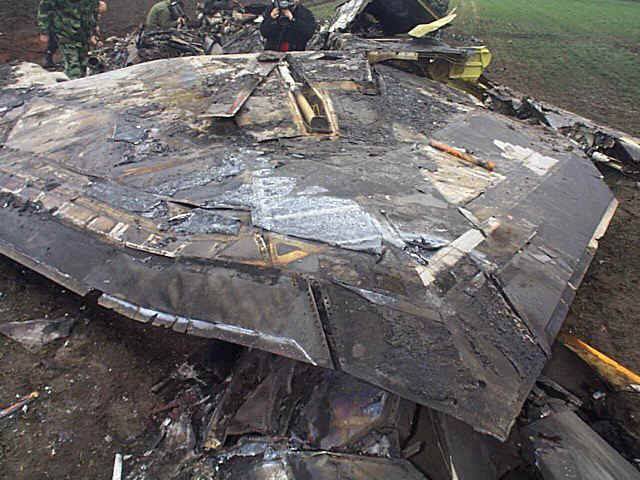 It should be noted that this successful episode, the unsuccessful war in general for Yugoslavia, is of great importance. For the Serbian military, especially Zolton's anti-aircraft gunners, this is a great victory and, perhaps, the most significant event in their military career. Indirectly, this episode caused the collapse of the entire F-117A Night Hawk program, into which the Americans invested billions of dollars. The cost of one aircraft was more than 111 million. The case of 27 March 1999 year in the vicinity of Belgrade put an end to the propaganda value of this machine. The image of the US Air Force and the F-117A program suffered irreparable damage. At the same time, not before this, not a single aircraft of this type was shot down. In the same Yugoslavia, tactical bombers F-117A made about 850 combat missions.

A total of X-NUMX F-64A aircraft - 117 serial and 59 prototypes were built in the USA. This aircraft was quite successfully operated by the US Air Force and took part in military conflicts, the most famous of which are two military campaigns in Iraq in 5 and 1991, as well as a military campaign against Yugoslavia in 2003. During all this time, 1999 aircraft was lost on combat missions, another 1 aircraft were lost in peacetime as a result of accidents and accidents.

This aircraft was planned to be used at least until 2018 of the year, but in the end all the aircraft of this type were removed from service by the middle of 2008. F-117 has become hostage to its ideas and circumstances. As time has shown, the creation of an aircraft with a predominance of any one quality to the detriment of others, in this case of EPR values, did not justify itself. Over time, no one abandoned the idea of ​​stealth and the American F-22, and the Russian promising PAK FA exploit this idea, but it is not dominant, first of all these are highly efficient multifunctional machines capable of solving different tasks on the battlefield. 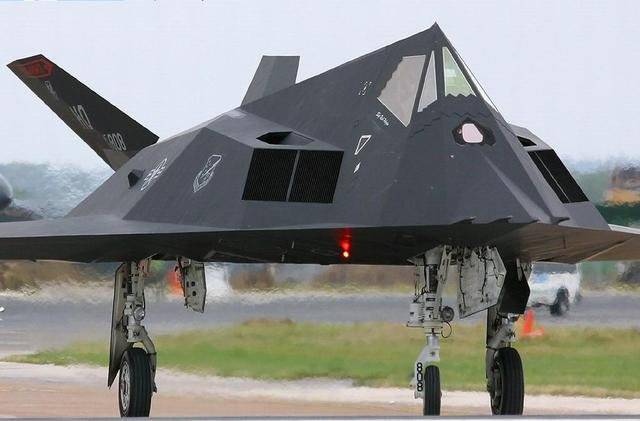 When creating a promising stealth aircraft F-117, the Americans for the first time decided to remove all the factors unmasking the aircraft: the ability to reflect radar exposure; emit electromagnetic waves yourself; leave smoky and inversion traces; to make a sound; be invisible in the infrared. All this led to the emergence of a very original form of the aircraft, which can be compared with an iron and which did not contribute to the good performance of the aircraft. The plane was very difficult to control. An electronic-remote control system with fourfold redundant control channels was used to assist the pilot, while the aircraft was unstable in terms of yaw and pitch. The automatic stability control system was installed on it, starting with 1991, it was supplemented with automatic thrust. The plane could only fly at subsonic speeds and had poor maneuverability. Including, therefore, he could not escape from the C-125 air defense missile complex.

There was no radar on the plane, with the exception of the target light laser, all navigation and aiming systems were passive. An inertial system and a satellite navigation system receiver were used for navigation, and an infrared camera system for guidance. Active means of EW on the plane simply did not exist. In the end, the lack of modern avionics in combination with mediocre aerodynamics, as well as track and longitudinal static instability led to great risks when piloting the aircraft.

But back directly to the 27 March 1999 events of the year and the comments of Colonel Zolton himself. According to him, he had no illusions about the technical superiority of NATO, and therefore preferred not to engage in open opposition to bombers, revealing the position of his launchers and radars. He used ambush tactics, waiting for the occasion to shoot down an enemy plane for sure. Another factor that predetermined the events of that day was that the Americans used F-117 without a cover and did not change flight routes, being sure that their machines were invulnerable. It is reported that the downed F-117 has been on the same route several times already, so Serb anti-aircraft gunners could prepare well for the “hunt”. 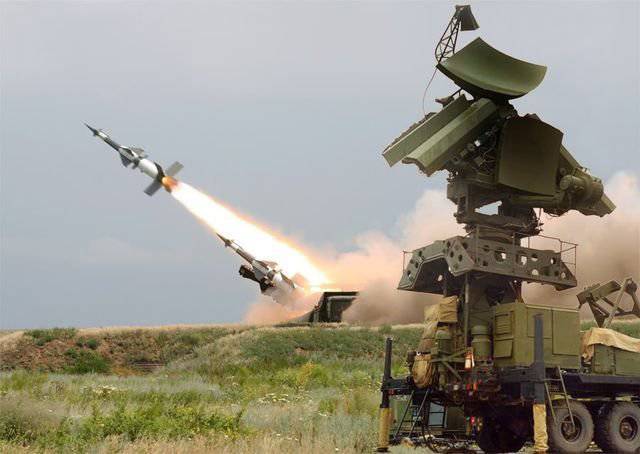 Serbian anti-aircraft gunners used the P-18 radar, which has a meter frequency range. It is known that the radar tracks the air target, recording the signals coming from it. Modern radars are based on the use of high frequency signal. In the case of Stealth, the short waves are scattered by the special chopped shape of the aircraft body and its internal structure. It was the bizarre form that was the basis of stealth technology.

At the same time, for long-wave (low-frequency) radars, this form of aerial target is not an obstacle. These locators are not as accurate, but able to see any object. In addition, as mentioned earlier, the American aircraft was distinguished by its low subsonic flight speed and low maneuverability. This made him more vulnerable to the old air defense systems with low-frequency radars. Yes, and perform a maneuver deviations from a rocket fired at close range on this aircraft would be very problematic. The NATO plane was shot down at a distance of 13 km. from air defense systems.

Serbian military did not keep radars on all the time. At a certain moment, they launched them for a short time, so that they could not be detected by the enemy’s DLRO planes and bombers launched at the batteries. Having found the target on the screen, the anti-aircraft gunners carried out the necessary calculations and re-enabled the radar when the aircraft was in 15 km. from them. The anti-aircraft guided missile, which possesses a sufficiently large warhead (weight 50-100 kg), went further into the game, and undermining such a missile provides a radius of destruction by shrapnel in the 200-500 area of ​​meters. 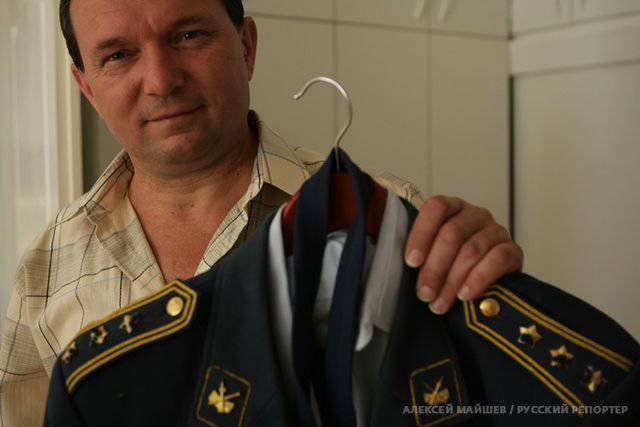 It is also worth noting that for all the time of the bombing of Yugoslavia in the unit commanded by Colonel Zolton Dani, there were no casualties, and only about 200 people were under his command. To ensure security, Serb anti-aircraft gunners often changed their starting positions. A part of Zoltan’s people were constantly busy searching for new places where military equipment could be transported, as well as preparing for its redeployment. In just the 78 bombing days, the battery traveled several thousand kilometers.

Also being aware of the fact that at the existing level of NATO electronic intelligence, radio communications can unmask him before enemy radars notice him, the colonel organized cable communication systems. Often orders had to be transmitted even through messengers. But such methods worked, since NATO could not detect the battery.

Anyway, the 27 March case of 1999 of the year clearly demonstrated how in a modern war a competent commander can organize successful resistance to an enemy even with the help of outdated weapons. Zolton Dani deserved his victory, and no one can take it from him.

Ctrl Enter
Noticed a mistake Highlight text and press. Ctrl + Enter
We are
Operation Bagration is a strategic offensive operation of the summer of 1944Myths and Invisibles
57 comments
Information
Dear reader, to leave comments on the publication, you must to register.