April 11 2013
45
Anxiety continues to come from the Korean Peninsula news. In recent days, reports of preparations for a possible war, the transfer of troops, etc. come at intervals of several hours. Last Tuesday was no exception: on this day, the South Korean press published several news regarding the missile potential of the northern neighbor. According to these reports, the situation in the region is not only not normalizing, but is noticeably worsening. 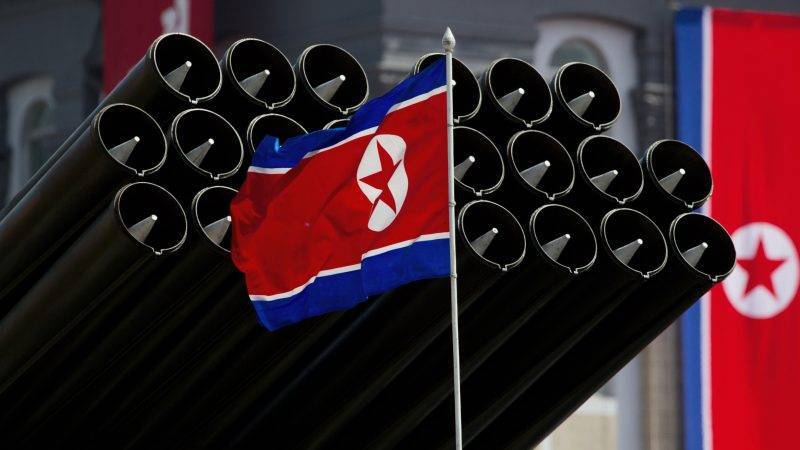 On Tuesday evening, Korean time, the Yonhap News Agency news agency, citing sources in Seoul’s ruling circles, reported on the progress of North Korean actions. According to the agency, the DPRK troops are completing or have already completed the transfer of ballistic missiles to areas from which targets can be attacked in South Korea. Missile systems of unidentified types were transported to rocket bases and test sites located on the east coast of North Korea. Thus, Pyongyang prepared for hitting the targets of a potential enemy and is ready at any time to start a war or respond to an attack.

After some time, there was confirmation of information about the missiles. The head of the US Pacific Command, Admiral S.J. Locklear, in his speech to Congress, noted that his organization had the appropriate intelligence. Indeed, North Korea has completed the transfer of missiles and has already placed them in positions. Accordingly, the launch can occur at any time. Previously, Locklear and other high-ranking leaders of the American armed forces spoke repeatedly about the danger posed by North Korean missiles, including for the United States. Therefore, all relevant units are on alert and monitor developments.

Admiral Locklear also confirmed that the capabilities of the US anti-missile systems deployed in East Asia are sufficient to destroy any missile made in North Korea. In this case, the commander advised to attack only those ballistic missiles that have already been launched and are flying toward targets in the United States or friendly states. As for training and test launches, then, according to Locklear, such missiles should not be shot down.

In the meantime, the South Korean press continues to disseminate as yet unconfirmed assumptions about a possible missile strike from its northern neighbors. Initially, this opinion was based purely on statements by the DPRK leadership about its readiness to use its weapons against the "South Korean and American aggressors", and now there is evidence in the form of available intelligence data. At the same time, the true plans of Seoul and Pyongyang, as before, remain a mystery. Because of this, the subsequent development of the situation remains a fertile topic for all sorts of assumptions and analytics.

Despite the controversial nature of the current situation, one can consider one of the main reasons for tension - the North Korean missiles. According to some sources, the DPRK in recent days has deployed several types of missile systems. First of all are called rockets types Musudan, as well as the families Hwansong and Rodong. These guided ballistic munitions have different characteristics, but they can be used to attack targets in South Korea and surrounding areas. So, for example, according to available data, the Musudan rocket is capable of delivering a warhead weighing one ton at a distance of at least three thousand kilometers. Thus, all of South Korea and Japan, significant territories of China and Russia, and also, probably, American military bases on the island of Guam, fall into the zone of action of these missile complexes. It is worth noting that the attack of these objects by the United States is considered one of the most likely events during a hypothetical war. For this reason, the Musudan missiles are considered by Americans to be one of the most dangerous. 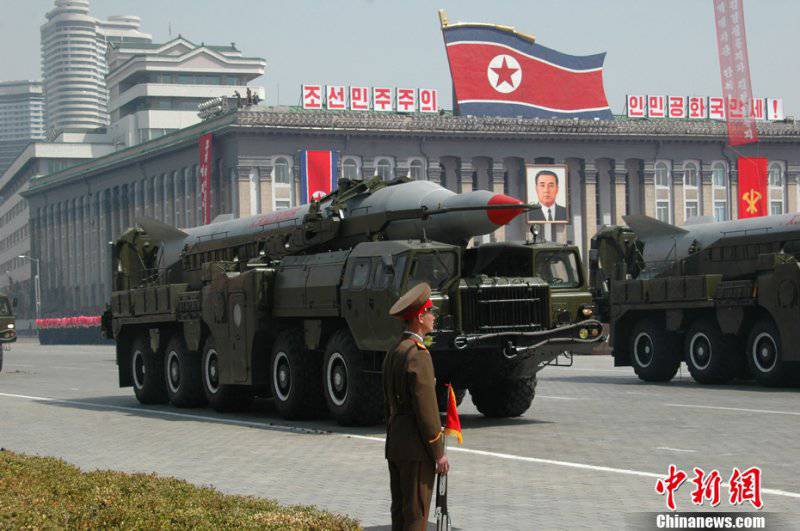 According to some data, the Musudan rocket was developed with the participation of Russian designers from the Makeyev Design Bureau based on the P-27 submarine ballistic missile. This is due to its size and flight data. Other North Korean missiles also have Soviet roots. Thus, Rodong-1 rockets (another name for Nodong-1) were created in the DPRK with extensive use of the technologies used in the R-17 (P-300) rocket of the Elbrus 9K72 rocket. At the same time, Korean engineers managed to significantly increase the range of the new missile. The Rodong-1 complex is capable of delivering a warhead to a range of over a thousand kilometers, which makes it possible to keep all South Korea and some part of Japan at gunpoint.

Finally, the Hwansong-5 and Hwansong-6 missiles, which are also the development of the P-17 rocket, can be used to solve some problems. With a range of up to 320 and 700 kilometers, respectively, such missiles have much less potential compared to Rodong or Musudan. At the same time, Hwansong missiles are cheaper and easier to manufacture, and in addition, the DPRK army has a large number of them. Thus, it is the Hwansong family of missiles that can be the main weapons first strike.

It is worth noting that the concerns of the South Korean press regarding Musudan ballistic missiles may be unfounded. The fact is that at the moment it is precisely known only about the existence of this project. There is no information about testing or putting on duty. For the first time about these missiles became known in 2010, when 16 mobile launchers with new missiles took part in the parade. A little later, it appeared and spread the opinion that the full-size mock-ups were transported on wheeled chassis, not ready-to-use missiles. A little later, the press spread rumors about the start of mass production of new missiles. Allegedly, for some time up to two hundred of such ammunition was collected.

However, there is no reliable information about the status of the Musudan project, which makes it doubtful of its success. In addition, this fact casts a shadow on some things happening around the Korean Peninsula. It turns out that the DPRK cannot threaten the United States, and only South Korea and a small part of Japan are under attack. Thus, the old topic is again being revealed for political discussions concerning the interests of the countries of the region and their stronger allies.

Be that as it may, both Koreas are pushing troops towards the border and exchanging unfriendly statements. Regardless of further developments - the outbreak of war or a return to a previous state - the current situation looks very complicated and dangerous for the entire East Asian region.

Ctrl Enter
Noticed a mistake Highlight text and press. Ctrl + Enter
We are
DPRK defense potential in Google Earth imagesKorean Peninsula: the forces of the parties. Part II
45 comments
Information
Dear reader, to leave comments on the publication, you must to register.