April 11 2013
126
Last week, the 17 anniversary of the signing of the treaty marked the appearance of such a thing as the Community of Belarus and Russia. 2 April 1996 of this Community de jure began its work, which was aimed at the active integration of two sovereign states with the possible formation of a state in the future within common borders. Failures during the first Chechen campaign, economic troubles, the weakening of the position of Russian President Yeltsin, and at the same time - the young, enterprising, actively promoting integration of the President of Belarus Alexander Lukashenko contributed to the people separated by a contrived border once again find themselves in a single state, which could well give a significant impetus to the development of both the Russian Federation and the Republic of Belarus. 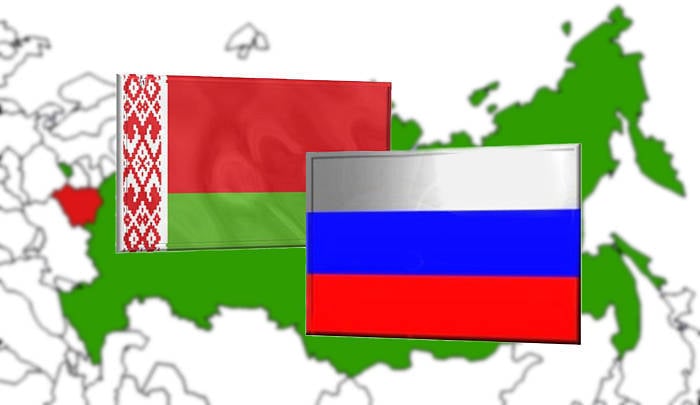 A year later - in April 1997, a new treaty was signed in the Russian capital, which was the beginning of a long road of unification of the two states. From that moment on, Moscow and Minsk began to build in fact a new state, which was called the Union of Russia and Belarus. Outwardly, everything looked quite promising. People on both sides of the border saw that the authorities are ready to create a single territorial unit and are doing a lot to implement their plans. Allied governing bodies were created, rules for crossing the border were simplified significantly, negotiations were held on a possible transition to a single currency, the adoption of common state symbols and other attributes of a single state entity. It seemed, just now, and a single state will definitely appear on the world map. Such confidence among citizens of both Russia and Belarus manifested itself even in January of 2000, when a new document appeared on the strengthening of the integration processes that formed (at least on paper) the Union State.

However, further began to appear quite significant roughness. Each of the parties decided to start looking for special preferences for them to conclude an agreement on the creation of the Union State. Began to show backstage games, a certain side of which was poured into the press of Russia and Belarus. The reasons for pessimism among the citizens of the Union State of Belarus and Russia (CBR) were added after the statements of the top leaders in Minsk and Moscow.

First, a big energy dispute broke out. At the beginning of April 2002, the Russian and Belarusian sides signed an agreement on the supply by Gazprom of Russian gas to the territory of Belarus at the wholesale price, which at that time was slightly more than 30 dollars per 1 thousand cubic meters. In exchange, Moscow proposed Minsk to create a joint venture for the gas transportation industry, which was to appear on the basis of Beltransgaz. Shares were to be divided strictly equally.

Initially, both sides expressed their interest in reaching agreements, but some time later, Minsk received information that the Belarusian leadership was ready to make a deal with Russia if it (the Belarusian side) would have a controlling stake in the joint company - 51%. Suddenly, Belarusian experts also stated that the price of Beltransgaz was initially determined incorrectly, and after assessing it should be taken into account at the level of 5 billion dollars for full ownership of the Beltransgaz stake. Neither this amount, nor 49% of the shares of the joint gas transportation company Gazprom were satisfied, as was reported to the Belarusian leadership. To this, the Belarusian leadership responded with something like “you do not want what you want ...”, which has already led to a response demarche from Gazprom. The gas company decided to sell gas to Belarus not at wholesale prices, but at those prices that would have to “sensitize” the intractable Minsk. The price in the proposed document for signing was raised to the level of 50 dollars for 1000 cubes, which was not agreed by Alexander Lukashenko, accusing the Russian side of trying to put pressure on an independent Belarus. Documents that testified about new gas prices for Belarus, the official authorities of the latter for a long time did not want to sign, which put Belarus in a difficult economic situation.

As a result, after lengthy negotiations and a series of mutual reproaches, the situation has shifted from a dead end, but the sediment, as they say, has remained. Already with more caution, the authorities of the two states began to talk about full-scale integration. This led to the fact that the Union State was increasingly acquiring a definitive paper status, without going on the path of real incarnation. Against this background, any idea of ​​mutual rapprochement between the two countries was perceived with enthusiasm, but often such ideas remained unfulfilled.

As an example, the idea of ​​introducing the single currency 1 January 2004 in the Union State can be cited. The first person to express such an idea in public was Alexander Lukashenko, who “thawed” somewhat after the gas conflict. But neither in 2004, nor today the single currency of Russia and Belarus did not appear. What is the main reason for such a long delay, which so far does not think to end? The reason is that Belarus was ready to accept the Russian ruble as its domestic currency, too, on the condition that one of the emission centers should be located in Minsk. However, the Russian authorities decided that this would somehow hit the Russian economy, saying that they would not give the go-ahead to open the Russian ruble emission center in the Belarusian capital. The official Minsk regarded this as an unfriendly gesture, and since then the talk about the introduction of the single currency of Russia and Belarus has been conducted in a somewhat sluggish form. Let us not forget that during the rise in the number of oddities of the Russian-Belarusian integration, Kazakhstan entered a similar process, however, the common currency in the Common Economic Space of the three states is also being spoken about only in the future time.

The current state of the integration mechanisms between Russia and Belarus is clearly not straightforward. On the one hand, Moscow and Minsk demonstrate political and economic goodwill, trade between countries grows, citizens of one country can find a job in another country within the framework of the Union State without special problems, but they do not leave the feeling that all integration will move for a very long time sleigh with ungreased runners. As they say, there is no such thing “with a breeze”, but I would like to speed up the process precisely to such indicators.

One of the parties takes the first step, but at the same time asks for some concessions from the second, the second side often does not go to such concessions, instead putting forward its proposals, which seem doubtful to the first party. And so - in a vicious circle ...

A negative thought comes to mind that the authorities of both countries are satisfied with the current state of affairs, and more active integration is presented only as a kind of utopian thought, the realization of which can be sought, but impossible to achieve. A sort of variant of communism, or something ...

This leads to the fact that the peoples of the two states are gradually, but they begin to realize that the real unification into single boundaries may not happen. At least, citizens are pushing for this.

This is evidenced by the results of a sociological survey that was recently conducted in various regions of Belarus. On the question of whether you want Belarus to unite with Russia “yes”, they answered 70% of respondents, although even 10 years ago this figure reached 82%.

Those figures decided to take advantage of people who call themselves oppositionists (both in Russia and Belarus), and in fact are ideological opponents of the unity of fraternal peoples, cultivating only one idea - the idea of ​​total separation in the post-Soviet space. So, these people decided to declare that the peoples of Russia and Belarus see the development of their states exclusively in sovereign forms. In other words, 70% of the Belarusians who said “yes” to the union, apparently, these gentlemen do not belong to the people ... In order to increase the effect of the “desire” to go their own way on the part of the Belarusians, the so-called Lithuanian Independent Institute decided to conduct its monitoring of the situation in Belarus -economic and political studies. Honestly, the very combination of the words “Lithuanian” and “independent” in the name of the institute makes us alert ... However, let us show ourselves the results of the research that this institute allegedly conducted in Belarus.

According to the institute's employees, they interviewed the Belarusians with 1513, asking the following question: if today a referendum was held in Belarus, then for uniting with whom you would vote (with Russia or the European Union). 28,1% of respondents allegedly spoke in favor of uniting Belarus with Russia, but 37,2% spoke for joining Belarus to the European Union, the rest were undecided to give an unequivocal answer, or generally against uniting Belarus with anyone. At the same time, the people who conducted the survey state that the error in the results of extrapolation to the entire population of Belarus is only 3%.

By the way, such strange results of “sociological polls” should be paid close attention by the authorities in Moscow and Minsk. After all, the longer the pause in the movement of the two countries to meet a friend for real integration, the more people will want to drive a wide wedge between the nations, and arrange some long-lasting multi-round boxing match between survival ...

Ctrl Enter
Noticed oshЫbku Highlight text and press. Ctrl + Enter
We are
Union of Russia and Belarus - to be. The Day of Unity of Russia and BelarusLukashenko gave a detailed interview to Russia Today journalists
Military Reviewin Yandex News
Military Reviewin Google News
126 comments
Information
Dear reader, to leave comments on the publication, you must to register.