April 11 2013
36
10 April The White House sent to the Congress a draft budget for the 2014 fiscal year (such as the United States begins on October 1). No matter how hard it is to recognize liberals and democrats of all stripes and shades who worship the Statue of Liberty, in Washington from now on they will take into account the sequestration - compulsory cuts in government spending. The upcoming minus is 85 billion dollars. As for military expenditures (they cannot be called defense), the Pentagon’s draft budget for the 2014 year is estimated at 526,6 billion. There is also unverified information that the US Department of Defense will request 9,16 billion dollars for missile defense programs. This is about 0,55 billion less than in the 2013 year. 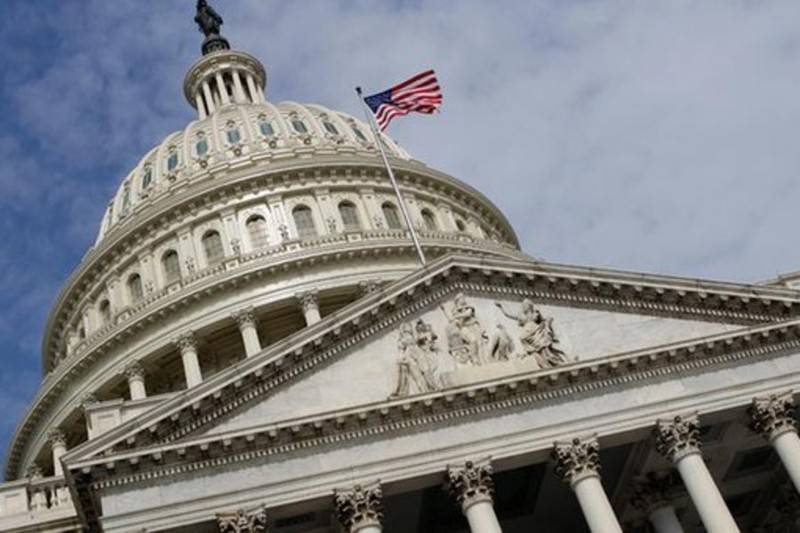 This fiscal year, the Pentagon will cut its 41 billion-dollar programs. Sequestration already hitfor example, in an elite unit aviation US Navy Blue Angels, which in the coming months will not participate in holiday demonstration flights and international air shows.

Looking at such terrible things, Defense Minister Chuck Hagel went to the National University of Defense and delivered the first program report in his high position. Like his predecessor, Leon Panetta, he declared the devastating effects of budget cuts. According to him, sequestration is already having a devastating effect on the readiness of the US military.

Hagel reminded about reducing the defense budget by 487 billion dollars over ten years. As the Minister stressed, the combination of budgetary problems and a stalled political process led to sharper and deeper cuts than was previously thought. In connection with the sequestration, the Pentagon is forced to cut spending on 41 billion dollars in the current fiscal year and another on 500 billion dollars over the next ten years.

Many reductions have already been realized, for example, in terms of official visits and the cost of maintaining military facilities. Suspended, according to Hagel, the process of hiring new employees. "Nevertheless, we will have to do even more," - said the head of the Pentagon. He mentioned sending employees on unpaid leave. Abbreviations can also seriously affect the process of training military personnel. Chuck Hagel warned that this development would be costly in the future when recovering positions.

6 April it became known that because of the sequestration, the large tactical exercises "Northern Land" would not take place. They usually took place in Alaska once every two years. They were attended by soldiers of all types of troops, the Coast Guard and the National Guard. According to the Alaska Command, the decision to cancel the exercises planned for 17-28 in June was made because of the sequestration.

These exercises "remain an extremely important part" of the overall strategy of ensuring US interests in the APR and will be continued when budget problems can be solved, заявило command in alaska.

Not only these teachings were canceled. Earlier, the Pentagon also canceled the annual exercise of the US Air Force Red Flag, which was to be held in the most northern American state in April. The reason is the same - sequestration. No money.

Georgiy Lazarev (Gazeta.ru) clarifies that the total Pentagon budget will be reduced by 9%. “A sequestration creates confusion, but I would not characterize it as a catastrophe,” says Todd Harrison, head of the Center for Strategic and Budgetary Evaluations.

According to experts, there are several large programs that can be reduced and delayed. However, according to US law, it is not the Pentagon officials who will determine the curtailed programs, but the legislators. However, as noted by the same experts, the Pentagon does not have a clear plan for budget cuts: instead of closing down any specific programs, almost all defense initiatives are waiting for a preliminary cut in allocations.

The Pentagon will stop servicing the eleven ships that are based at Norfolk Naval Base. Then, four aircraft carriers will be withdrawn from the US Navy: Eisenhower, Ronald Reagan, Roosevelt, and John Stennis. All of them will be mothballed. Air companies based on these aircraft carriers will also fall under the knife of the sequester. The Navy's budget is waiting for a $ X billion cutback in 1,2, which puts at risk the construction of two new destroyers of the Arly Burke type (DDG-51) and plans to build a new atomic-carrying cruiser.

Natalia Zhuravleva ("Sight") indicates that in the short term, budget sequestration will force the United States to limit its presence in the world. Half the cuts accounted for precisely military spending. As the magazine "Forbes", the army will be reduced to the level of the period of the Second World War - from 45 brigades to 32. At the disposal of the Navy will be as many ships as it was in 1915 year, that is, 230. Also, the Navy will stop the work on the overhaul of two aircraft carriers and postpone construction or cancel orders for some of the most necessary and modern combat ships.

The air force will postpone the overhaul of combat vehicles, some of which, one might say, are falling apart before our eyes. Under the sequester pleases and the notorious F-35 "Joint Strike Fighter". The project will also be “cut down” by a new strategic bomber.

Will get and the main conductor in the world of liberal-democratic ideas-the State Department. He writes N. Zhuravleva, will have to reduce the cost of 2,6 billion dollars. The means to stabilize the post-war situation in Mali are also in question.

The budget of the FBI "bite" 550 million dollars. “We are preparing for the possible dispatch of people on unpaid leave,” said FBI Director Robert Muller, recalling that 60% of the bureau's budget comes from employee pay.

And some more trivia: a) in the US, 398 national parks will be fully or partially closed; b) funding for research and research programs will be reduced; c) “exclusively for budget reasons” more than 2,2 thousand migrants convicted of criminal offenses were released from US prisons.

What can I say, if the Americans have no money even for the trials of terrorists - and, as they say, “with a reputation”.

The trial of Suleiman Abu Gheit, one of the leaders of Al-Qaida and the son-in-law of the late bin Laden, will begin in New York only on January 7 of 2014 of the year. Such a decision through "I do not want" accepted the federal judge Lewis Kaplan. He planned to begin the process in September of this year, but Abu Gate’s lawyers said they would not have time to prepare for this deadline. Blame again sequestration.

“By the beginning of autumn, all state-appointed lawyers in federal affairs will have to go on vacation for five and a half weeks. Therefore, it will be very difficult for the defense to prepare for September, ”said Martin Cohen, one of the lawyers for the defendant.

The judge called it shocking that because of the forced budget cuts, the trial of Al-Qaida’s leader will be delayed. According to the investigation, 47-year-old Abu Gate was directly involved in the organization of the September 11 2001 attacks.

2014 is still far away. One fiscal year in the United States is replaced by another. Who can guarantee that, in connection with the new sequestration, Comrade Abu Gate will not be released, like those 2200 pardoned criminal migrants who are already walking around Washington and Chicago?

Observed and commented on Oleg Chuvakin
- especially for topwar.ru
Ctrl Enter
Noticed a mistake Highlight text and press. Ctrl + Enter
We are
Results of the week. “Yes, everything is so. Everything! They saw, condemned, waved, potryndel, smoked - and that's all. And everything is so ... "“I don’t think any Western army would survive Stalingrad” (Radio Free Europe / Radio Liberty)
36 comments
Information
Dear reader, to leave comments on the publication, you must to register.