For urgent service may call girls 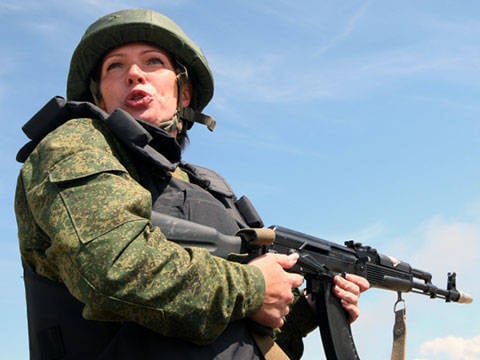 Recently, very often at meetings of the Duma, the question has been raised of how to cope with the shortage in armies and how to punish those who evade from service. Now young people are developing Templates, site builderthey are engaged in business, but sometimes it is impossible to force them to repay a debt to the Motherland even by force.

At one of the last meetings, with a certain amount of irony, it was proposed to turn our eyes to Israel and, by their example, to call in the army also girls who had reached the age of majority. This initiative was picked up by many deputies and even developed a project. According to him, the service life for girls will be less than for boys - 1 year. Such service will be held solely on a voluntary basis. That is, the girl will be sent a summons, but she will decide voluntarily to come or not to the part for service. The conditions of girls' service are also planned to be made less stringent and limited. Girls who have no children will be called up - this is a must. Such a service will bring benefits to serving girls, for example, in the form of privileges when entering a higher education institution. And maybe it will be a matter of life of some representatives of the weaker sex.

For the country, it will be an invaluable benefit in the form of constantly staffed medical troops and psychological training troops. Maybe the aspiring "guys" will think once again about how much service they need, because even girls are not afraid of the tests sent to them in the army.

There were also votes against this innovation at the meeting. Adherents of the traditional principles, believe that women have no place in the army. It is worth saying that according to preliminary data of the mini-survey, many girls are ready to undergo military service and are in favor of adopting such a law.

In any case, such an initiative is still only in the plans; it is too early to judge whether the adoption of a real law is possible. But the information itself has already caused a stir and a genuine interest in the topic of military service.