A new rocket engine has been created in Russia 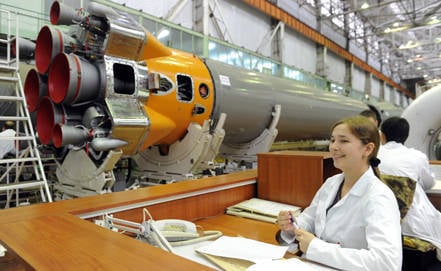 NPO Energomash offers a rocket engine of its development for use in light-carrier rockets of Soyuz-2.1в, said the head of the company - executive director of NPO Energomash Vladimir Solntsev.


“The initially lightweight Soyuz-2.1v was created on the basis of the NK-33 engine, on which the groundwork had been made since Soviet times — a certain number of engines are kept in stock. Tests of the first launch vehicle are planned on these engines, but now there is a discussion about whether or not to restore the production of these engines. In my understanding, it would not be a wise decision to restore the production of these engines, because we have created a modern analogue of this RD-193 engine, which exceeds the NK-33 technical specifications. Moreover, we have already established production of a prototype of this engine, created on the basis of the engine for the Angara RD-191, ”said V. Solntsev.

According to him, NPO Energomash has released a draft design for the modification of this engine for Soyuz-2.1в, conducted five fire tests of the prototype.

TsSKB-Progress considers this engine for the future, i.e. when the reserve of NK-33 engines will be completely exhausted. We are ready to supply the engine, ”said V.Solntsev.

Ctrl Enter
Noticed a mistake Highlight text and press. Ctrl + Enter
We are
Energia Corporation Signs Billionth Contract For US Supply Of Rocket EnginesRussia has created fuel to increase the effectiveness of missiles
63 comments
Information
Dear reader, to leave comments on the publication, you must to register.