Submariners heroes will be awarded after almost half a century 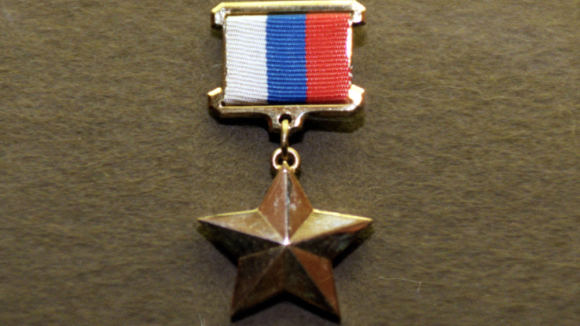 The crew of the nuclear submarine K-3 "Leninsky Komsomol", which was a major accident in September 1967, in the near future will receive state awards. In Soviet times, the selfless actions of the submariners were left without encouragement, colleagues reminded the authorities of their country in 2010 about their feats, and it came to the awards only now.


As Izvestia found out in the high command of the Naval fleet, two officers - Alexander Leskov and Yuri Nekrasov - are presented to the title of Hero of Russia, 44 officers, midshipmen and sailors - posthumously to the Order of Courage, and eight more surviving sailors will receive the Order of Military Merit.

An informed representative of the Main Committee told Izvestia that the award documents will be finalized in the coming days and transferred to the award department of the Ministry of Defense, from where they will be sent to the presidential commission on state awards.

K-3 - the first Soviet nuclear submarine. The total displacement of 4,7 is thousand tons, the autonomy of navigation is about two months, the crew is 104 person. The boat was armed with torpedoes with nuclear warheads. 8 September 1967, a fire broke out on it, as a result of which 39 sailors were killed, but the ship returned to the base on its own. The fire was caused by the ignition of oil leaking from the hydraulic cylinder of the main ballast tank ventilation valve machine.

After the emergency, an interdepartmental commission to investigate the causes was established. Experts came to the conclusion that the accident was technical, there was no guilt of the personnel, but on the contrary, its competent and selfless actions prevented the destruction of the submarine and the man-made disaster. However, the commission did not put forward proposals for awarding the crew.

In 2010, the International Association of Submariners appealed to the then President Medvedev with a request to correct the omission and award the K-3 seamen. Medvedev approved the idea and handed the document to the Defense Ministry Serdyukov and the former commander-in-chief of the Navy Vysotsky.

- Was the complexity of the regulatory order. Since the previous commission for investigating the reasons for the accident did not mention the awards, it was necessary to re-assemble the commission, conduct an analysis of the accident, raise documents, make a decision, explained the delays in the Navy Commander-in-Chief.

The new commission managed to be assembled only in the autumn of 2012 of the year, and on October 1 she signed the act (available to Izvestia). It again lists the previous findings, and the crew member 54, including those who died over the past 46 years, are submitted to state awards.

Former assistant to the commander of K-3, retired first rank captain Alexander Leskov, presented for the title Hero of Russia, told Izvestia that he was tired of waiting.

He says he is glad that the process has reached the home stretch.

- The accident revealed many problems of the nuclear submarine fleet, and at first they paid little attention to them. Otherwise, we would not have lost another boat of our project in 1970, the K-8. And then, in 1967, we had no experience in the struggle for survivability in nuclear boats, and the fleet had to learn from the experience of the Leninist Komsomol. For example, changes were made to instructions on how to act in a fire, says the captain of the first rank.

Rear Admiral Vladimir Zakharov, retired, described the invaluable experience of the Leninist Komsomol for the development of the Russian nuclear fleet.

- They were pioneers, at the cost of their lives and health they were looking for technical solutions. After all, science then could not predict what could be on a ship with an atomic reactor, and in Soviet times everything was hidden under the heading of secrecy, he told Izvestia.

In the Main Commissariat of the Navy, they express the hope that all the necessary approvals will be completed within a year. Then, taking into account Alexander Leskov and Yuri Nekrasov, Russia will become the 1004 Hero. They rely on a bronze bust at home, a monthly pension in 42 thousand rubles, a free flight by plane once a year, and other privileges.

Ctrl Enter
Noticed a mistake Highlight text and press. Ctrl + Enter
We are
In St. Petersburg, posthumously awarded the crew of the submarine "Leninsky Komsomol"The flag is hoisted on the nuclear submarine Severodvinsk!
11 comments
Information
Dear reader, to leave comments on the publication, you must to register.