Briefly about the state of the fleet of military vehicles

April 9 2013
53
Over the past decades, the main factors that ensure the mobility of troops are railways and road transport. In this case, due to some objective reasons, much more attention is paid to the second. In any military unit, regardless of its affiliation to a particular branch of the military, there are a number of vehicles of various classes. The so-called military vehicles (BAT), including multi-purpose vehicles (AMS), are capable of performing a variety of transport-related tasks and therefore are the most massive class of vehicles in the armed forces.

It is worth noting that the fleet of vehicles is experiencing not the best of times. The amount of old equipment is still very large and it needs replacing. Some progress in this direction is already there, but so far they cannot be considered sufficient. To understand the current trends, consider the information published in the February issue of the magazine "Truck Press". It contains interesting data on the status of the BAT park in 2005 and 2012.

In the 2005, the military had the 41 military vehicle base model and 60 modifications totaling 410,8 thousand units. 71% of this technology was equipped with gasoline engines. Thus, trucks and tractors with diesel engines were a minority. This ratio of engine types can be a subject of much controversy. Another fact regarding the state of BAT in 2005 year looks uniquely and unpleasantly. Approximately 80% technology was older than 12 years, i.e. It was produced no later than the first half of the nineties of the last century. The remaining 20 percent was as follows. Most (13%) accounted for the technology from the age of 6 to 12 years, and the remaining seven percent - on new cars, not older than six years. 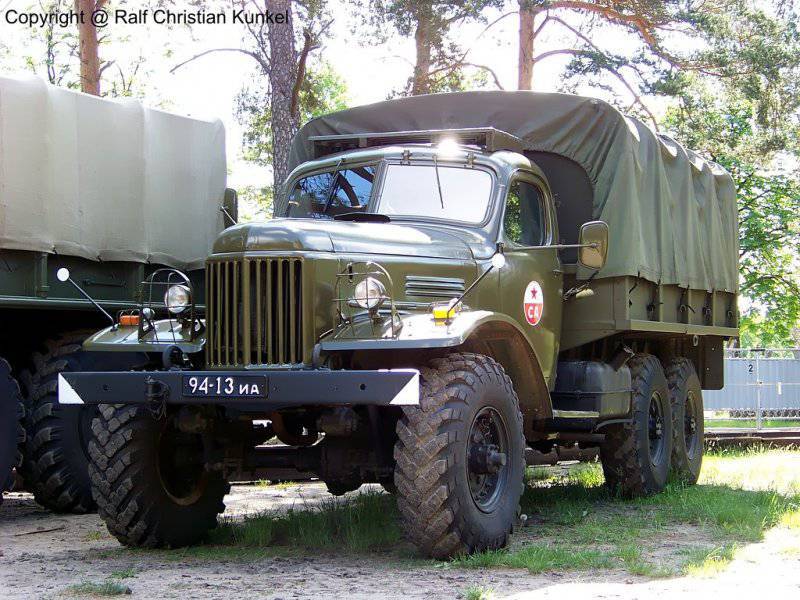 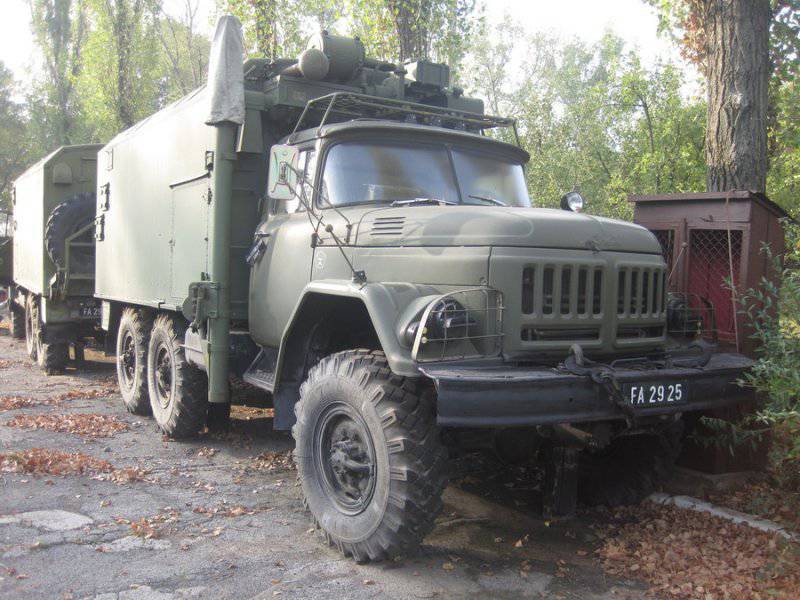 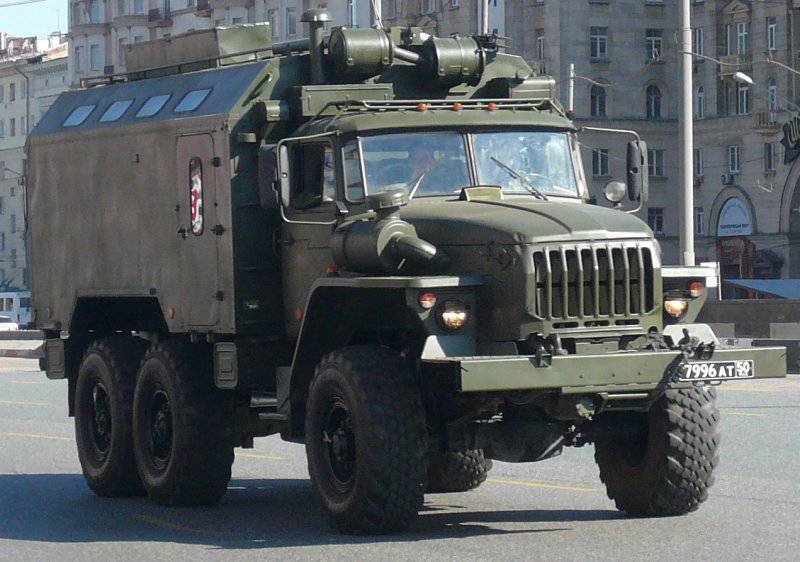 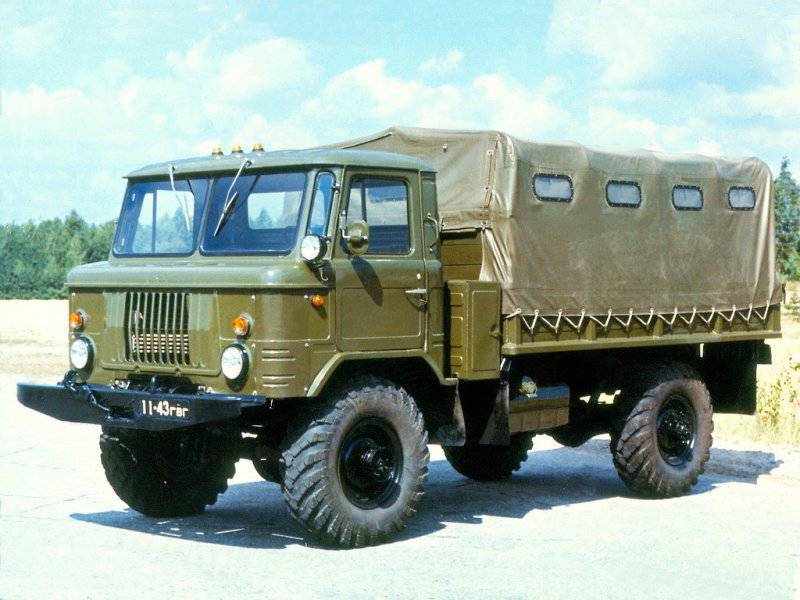 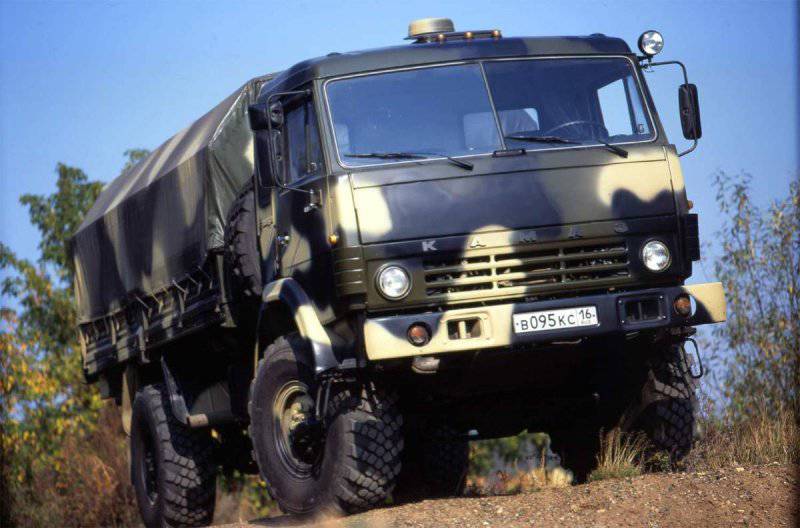 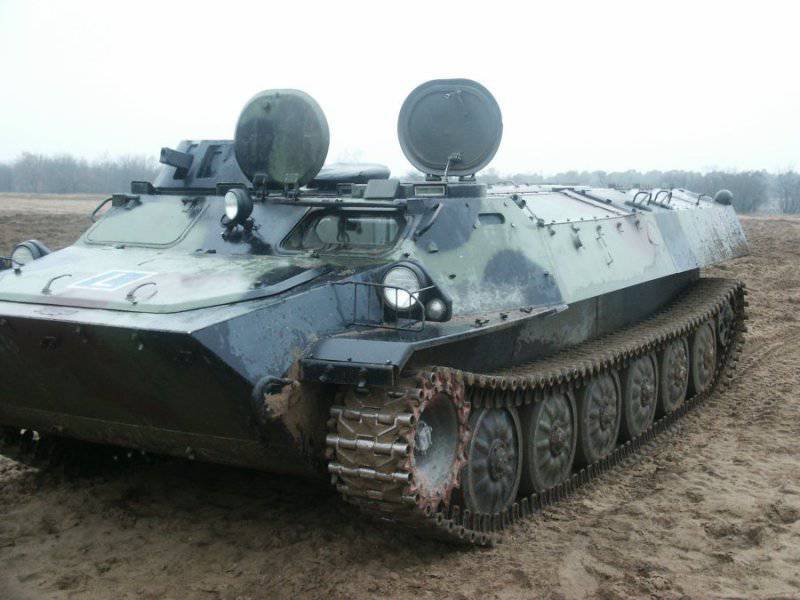 You can also consider the share of technology of a particular range. In 2005, the undoubted leaders in this aspect were the cars of the Likhachev Plant. The share of trucks ZIL-157, ZIL-131, etc. accounted for a third of the total number of BAT in the army. The second and third places were occupied by the Urals (13%) and GAZs (12%) with a small gap. Then came the KamAZ trucks with 10 percent, and the fifth place was divided between the Ulyanovsk (UAZ) and Kremenchug (KrAZ) cars with a share of six percent. Finally, about four percent of the BAT was the MT-LB tracked tractor. The remaining 16% were a diverse fleet of vehicles produced at various factories: Minsk wheel tractor, Bryansk, etc.

It is worth noting that these figures apply only to the total number of cars. In the available open sources, there is no mention anywhere of the number of BAT stored or in use. Such information could make the current picture much more detailed, but the Ministry of Defense is in no hurry to disclose it. You can also pay attention to the years of manufacture of equipment and its share. It is not hard to guess that the number of those 80-percent of cars that were older than 2005 in 12 years, includes a lot of equipment made before the collapse of the Soviet Union. In addition, a certain number of cars assembled in the first years of independence belong to this group. The smallest number of cars available in 2005 was produced from 1999 to 2005 years, i.e. in the period after the default of 1998. There is no exact data of this kind, but there is reason to believe that in the first few years of this period, production rates were much lower than later.

Since then, about which the presented statistics speaks, almost eight years have passed. During this period, funding for the military has steadily increased. For the money received from the budget, the military department repaired the old equipment and acquired a new one, including the military automobile one. Due to this, the situation with the BAT park began to change little by little, but, nevertheless, at present it still does not meet the needs. The required percent 75-80 is still far away.

According to the same magazine “Truck Press”, the share of old equipment, whose age has passed for 12 years, has decreased to 2012 in the year to 57%. Cars, tractors, etc., fell into the category from 6 to 12 years, it became a little more - 14 percent. As for the new technology not older than six years, its number has increased more than four times. As of the end of the last 2012 of the year, 29% of military motor vehicles fall into this category. This is two times less than that required by the current state rearmament program, but it is still far from 2020, and there is time for updating. The total number of BAT, according to some data, almost did not decline, and the difference is only a few hundred cars, which, given the current scale of figures, you can simply ignore.

Unfortunately, there are no specific figures on the composition of the equipment, similar to the data on the state of the BAT park in 2005,. However, several details are known. Thus, the overall ratio of technology with diesel and petrol engines almost did not change. Cars with petrol engines are still in the majority and their number is twice the number of diesel "brothers." In addition, the share of ZIL trucks in seven years decreased from 33 to 6 percent. The reasons for this - the cancellation of obsolete cars, as well as the lack of mass purchases of new ones. Reducing the number of cars Plant them. Likhachev, while preserving the total number of the fleet, says directly that others have replaced the retired trucks. Judging by the available data, the percentages lost by the ZIL 23 machines were filled with KamAZ and Ural vehicles.

It should be noted that these figures refer only to the current state of the BAT in the Russian armed forces. During the failed nineties and controversial two-thousand years, the domestic automobile industry was in a difficult position and therefore could not fully engage in the development of automotive technology for the army. At present, the armed forces need several vehicles for various purposes at once, while being created on a single base. Now several automotive plants are working on this topic and prototypes of new cars have been repeatedly demonstrated. By 2015, the army should receive the first production samples of new cars. How will the quantitative and qualitative composition of the BAT park change after that? We learn in seven years, in 2020 year. 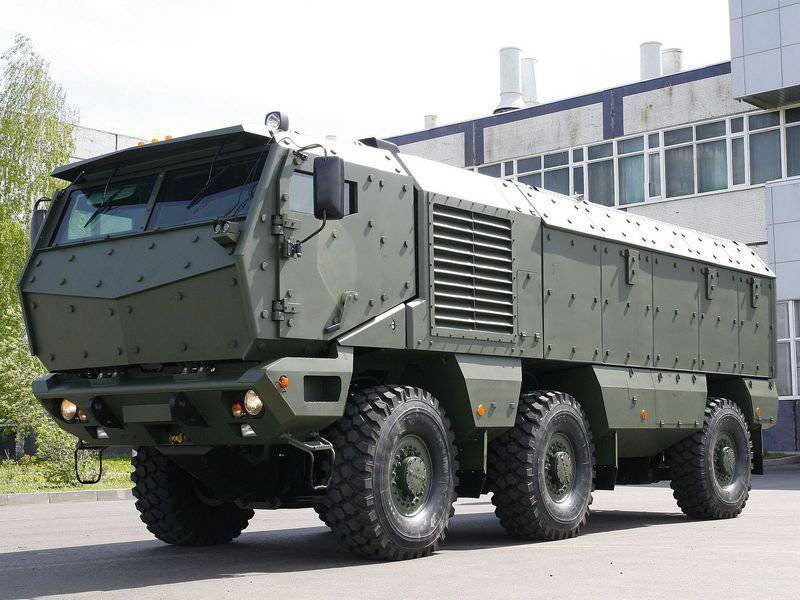 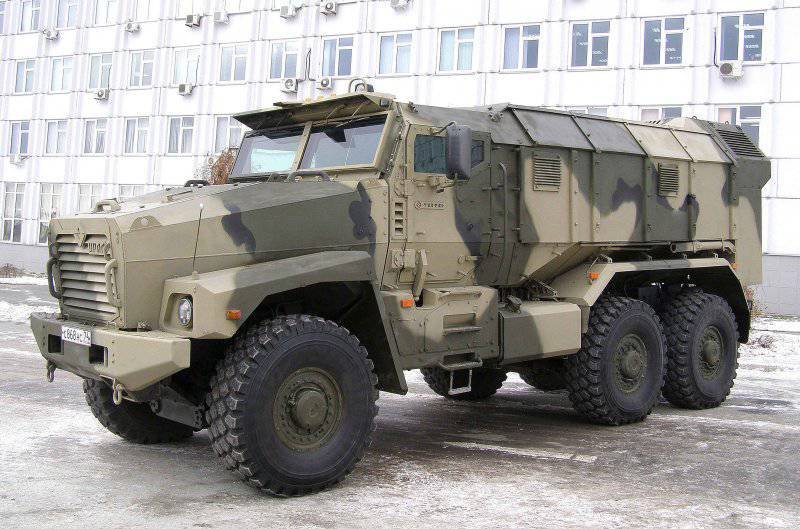 Ctrl Enter
Noticed a mistake Highlight text and press. Ctrl + Enter
We are
Day of Innovation of the Southern Military District: automotive equipmentMilitary cargo taxi
53 comments
Information
Dear reader, to leave comments on the publication, you must to register.