State order for Be-200ES aircraft for the Ministry of Defense 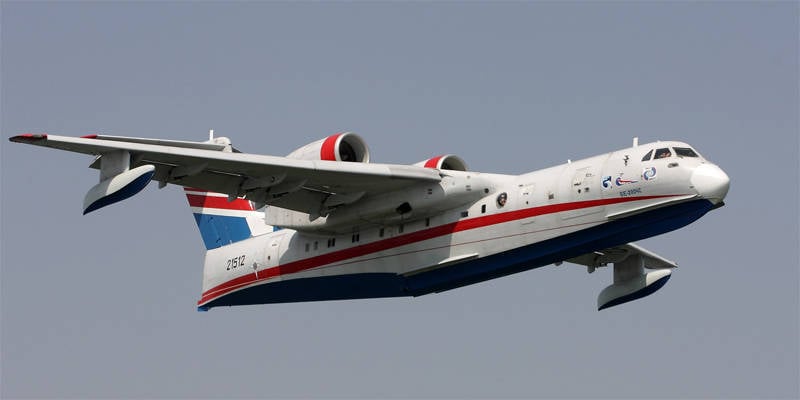 5 April 2012 of the year on the website of public procurement there was information about the auction for the supply of six amphibious aircraft such as Be-200ES for the Russian Ministry of Defense. Two of these airplanes should be delivered in the Be-200ES variant, the remaining four in the Be-200ES variant without a fire extinguishing function. According to a colleague of alexeyvvo, who reviewed the auction documentation, the purchase of amphibians of the Be-200ChS type is stipulated by the state defense order for 2013 year and the planned period of 2014 - 2015, approved by the Decree of the Government of the Russian Federation of 27 December 2012 of the year No. 1410-35.


As annexes to the auction documentation, the technical conditions for both delivered versions of Be-200 ЧС are given. According to them, the designation Be-200PS (search and rescue) was adopted for an amphibious aircraft without a fire extinguishing function.
Specific recipients of the aircraft identified the 49371 military unit, stationed in the city of Yeisk, and the 62250-2 military unit, from the seaside Knevichi. Each of them will receive one aircraft with fire extinguishing function and two without it. The first Be-200ES is planned to be transferred to Yeisk before 25 in November 2014, the second - a year later. At the same time, both Be-200PS should be put in Yeisk. The final two for Knevichi are expected to be made before the end of November 2016.

Amphibious aircraft Be-200HS, manufactured for the Russian Defense Ministry in both versions, are designed to perform the following tasks:
a) search and detection in the open sea with the help of technical means and visually people on individual and group watercraft, in distress LA, nk, ships and PL, afloat and in flooded position, landing ships of spacecraft (KK), means alarms and marking the location of sunken emergency objects;
b) the rescue by planting of people on the water surface on individual and group rescue means, in descent capsules, in floating logging and in the compartments of the river;
c) evacuation to the coastal aerodromes of people lifted from the water surface, taken from the KK descent vehicles or floating rescue vehicles;
d) rendering assistance to those in distress (in conditions when landing on water is not possible) by dumping rescue and life support equipment to them;
e) targeting ships, airplanes, helicopters and other search and evacuation vehicles to rescue facilities;
e) performing associated aerial reconnaissance in the course of solving search and rescue tasks;
g) the performance of transportation in the interests of changing crews and material and transport supplies of PL and NK in the open sea;
h) the performance of landing operations for the delivery of paratroopers by the method of landing the aircraft on the water.
Be-200ES with fire extinguishing function is also planned to be used to extinguish forest and other fires, including offshore facilities by repeated draining of water or fire extinguishing solutions, detection of fires (including hidden ones) using highly sensitive infrared devices of the spectrum ( thermal imagers).

According to the above technical specifications, the Be-200PS variant is generally identical to the Be-200ЧС, except for the absence of a special fire fighting equipment system out of eight water tanks.