April 8 2013
58
The Russian Air Force lost one of its strategic bombers, the Tu-95MS, and the Ministry of Defense commission summed up the preliminary results of an investigation into the recent fire of the aircraft, which was officially submitted as “smoke”.


As it became known to Kommersant, the results of the investigation are disappointing: it burned out so that it does not make sense to restore it. At the same time, just about 300 million rubles was spent on its repair. Those responsible for what happened are not even indicated. No new bombers to replace the Air Force are not waiting. 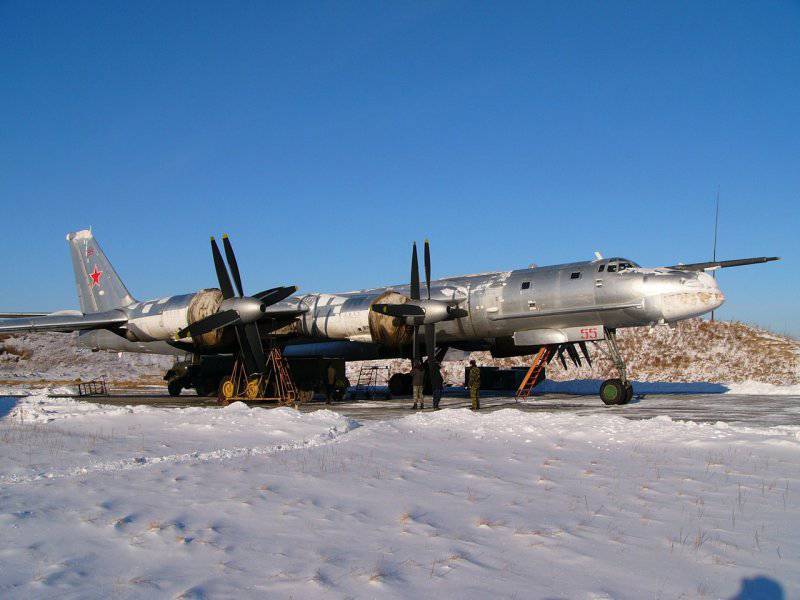 The incident happened on February 26 at the Diaghilevo airdrome (Center for combat training and retraining of long-range flight personnel aviation, Ryazan). On the same day, the press service and information department of the Ministry of Defense (MO) of Russia quickly and briefly announced: “During the scheduled flights at the taxiing stage in the technical compartment of the Tu-95MS aircraft, smoke occurred. The fire extinguishing service promptly arrived at the scene, the smoke was eliminated. "" The fire was quickly extinguished, but in the end the Tu-95MS received significant damage "
It was also said that the crew was not injured.

As Kommersant found out, the circumstances of the incident with the Tu-95MS (airborne No. 21) were much more serious. According to the source of the publication in the military, at the executive start in preparation for the take-off and transfer of power to the onboard alternating current generators a self-shutdown of the turbogenerator installation occurred.

The crew commander reported on this to the head of flights at the command post (KP) of the airfield and notified him of his decision: do not take off. Permission for this was obtained, and the bomber began to taxi from the runway.

“At that moment, the assistant to the head of flights from KP had already seen the smoke of the plane in the fourth compartment,” a source said. - At the same time, information about critical malfunctions on board reached the crew using a speech informant, and in the cockpit of the flight engineer the light boards worked. The crew immediately reported this to the KP, de-energized the car and left it. ”

When the fire crews of the airfield and the Ryazan unit of the Ministry of Emergency Situations arrived at the scene, the flames of the bomber fuselage near the fourth compartment and the rear of the pressurized cabin arrived from under the skin of the fuselage of the bomber. The fire was quickly extinguished, but in the end, the TU-95MS suffered significant damage: the fire destroyed the jobs of the navigator, the flight radio operator and the flight engineer with their equipment.

On the same day, a commission of inquiry was established. According to her findings, malfunctions in the distribution panel of the aircraft’s power supply system led to the fire. According to the Kommersant source, two versions are considered as the main reasons for this.

The first is the occurrence of a circuit due to insulation damage due to overheating of the wires (this is confirmed by the nature of the damage detected, this has already happened on another Tu-95MS in the 1994 year). The second is the abnormal inclusion in the parallel operation of the onboard alternators, which, in turn, could be caused by operational damage to electrical equipment with significant operating time without repair.