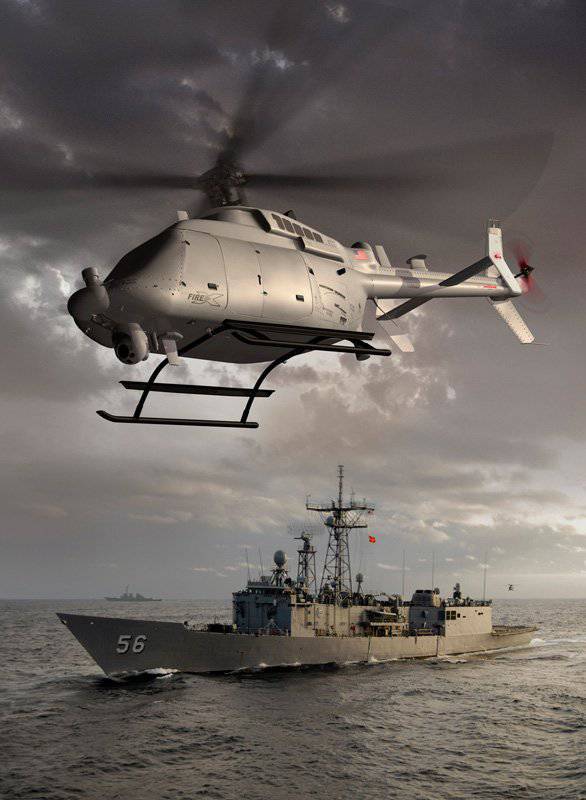 The United States Navy ordered six more Unmanned Aerial Vehicles (UAVs) of the MQ-8C Fire Scout helicopter type, bringing the total number ordered to 14. The first of these should be delivered to the troops next year, and in general the fleet expects to receive 30 UAVs for testing on various types of ships. Helicopter-type MQ-8C Fire Scout UAV raises questions about cost and reliability compared to aircraft-type UAVs. The Navy and the manufacturer of Fire Scout believe that with the new version of the "C" of this UAV there will be less problems with reliability. 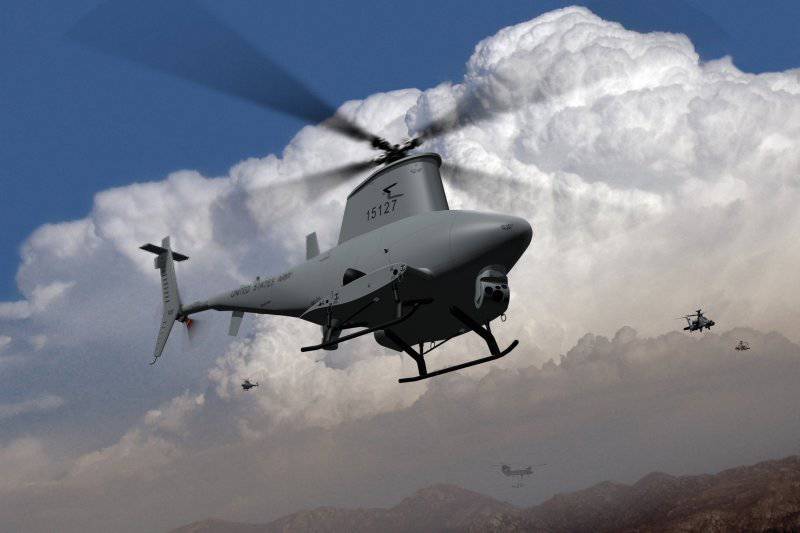 Two years ago, the fleet paid $ 263 million to build the mechanical and software components of the MQ-8B Fire Scout, deployed on a large Bell 407 manned helicopter, so essential for the production of the MQ-8C. This contract included the delivery of eight MQ-8C UAVs, including two for use as test platforms. As a result of this, the original 1.5 ton MQ-8B Fire Scout has become the 2.7 ton MQ-8C. MQ-8C is developed by the same company as MQ-8B. At the moment, MQ-8C is required to prove that he is able to cope with the tasks assigned to him. Otherwise, the fleet will remain with its MQ-8B UAV. 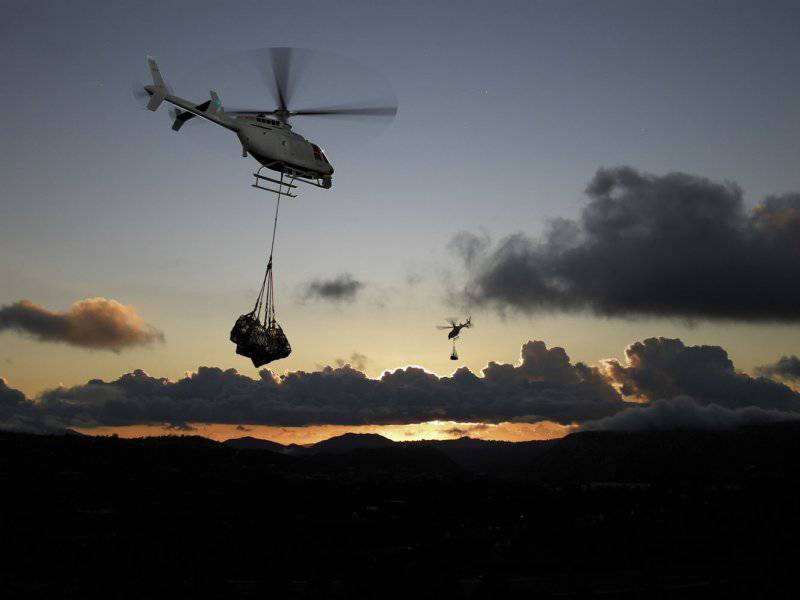 The one and a half-ton Fire Scout MQ-8B is based on the Schweitzer 333 unmanned helicopter, which, in turn, is based on the Schweitzer 330 commercial light manned helicopter. The MQ-8B UAV has a payload of 272 kg (most of which is fuel), capable of developing cruising speed of 200 kilometers per hour, the maximum height is 6100 meters, and autonomy is eight hours. The U.S. Navy currently has eight MQ-8Bs and planned to acquire another 160 such UAVs. In the past four years, Fire Scouts have spent more than 4000 hours in the air when working with ships, as well as from ground bases in Afghanistan. If Model “C” Meets Navy Leadership fleet, then he will abandon model “B” and switch to model “C”. 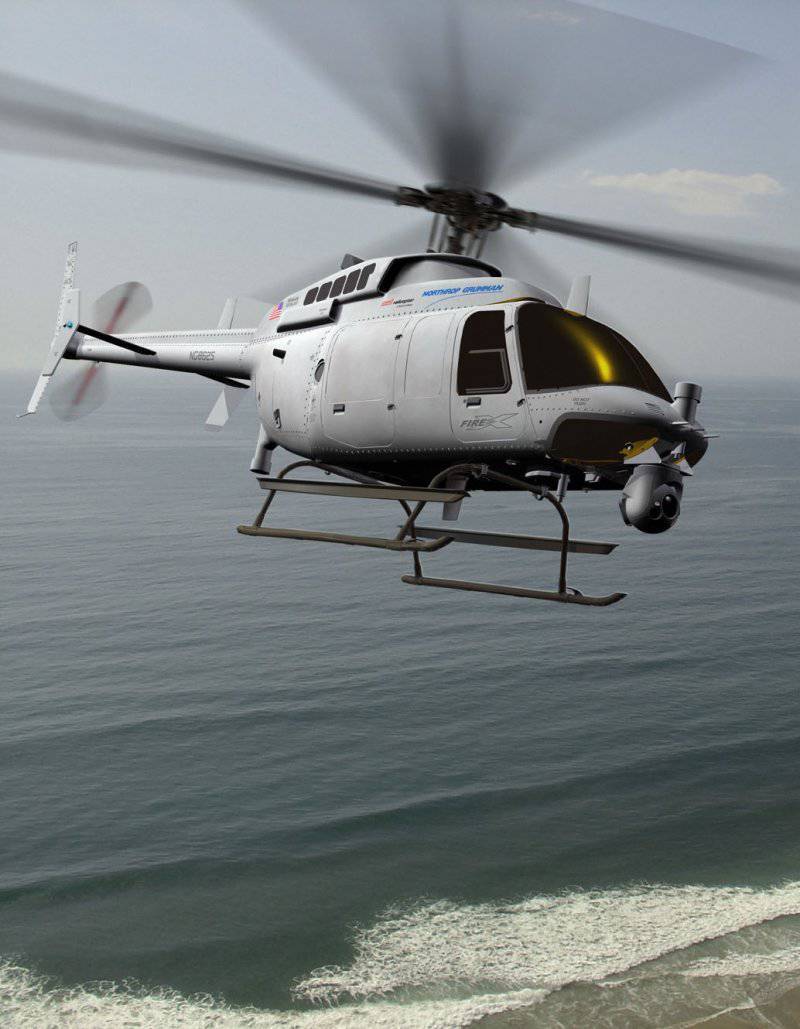 Proponents of the MQ-8C prefer a larger model because it provides longer flight time, better stability in adverse weather conditions and is able to carry more weapons. The MQ-8B is capable of carrying 90 kg of sensors and weapons. UAV MQ-8C can carry about five times more. The duration of the flight MQ-8B is eight hours, and cruising speed 200 kilometers per hour. The duration of the flight MQ-8C will be three times longer at the same cruising speed. 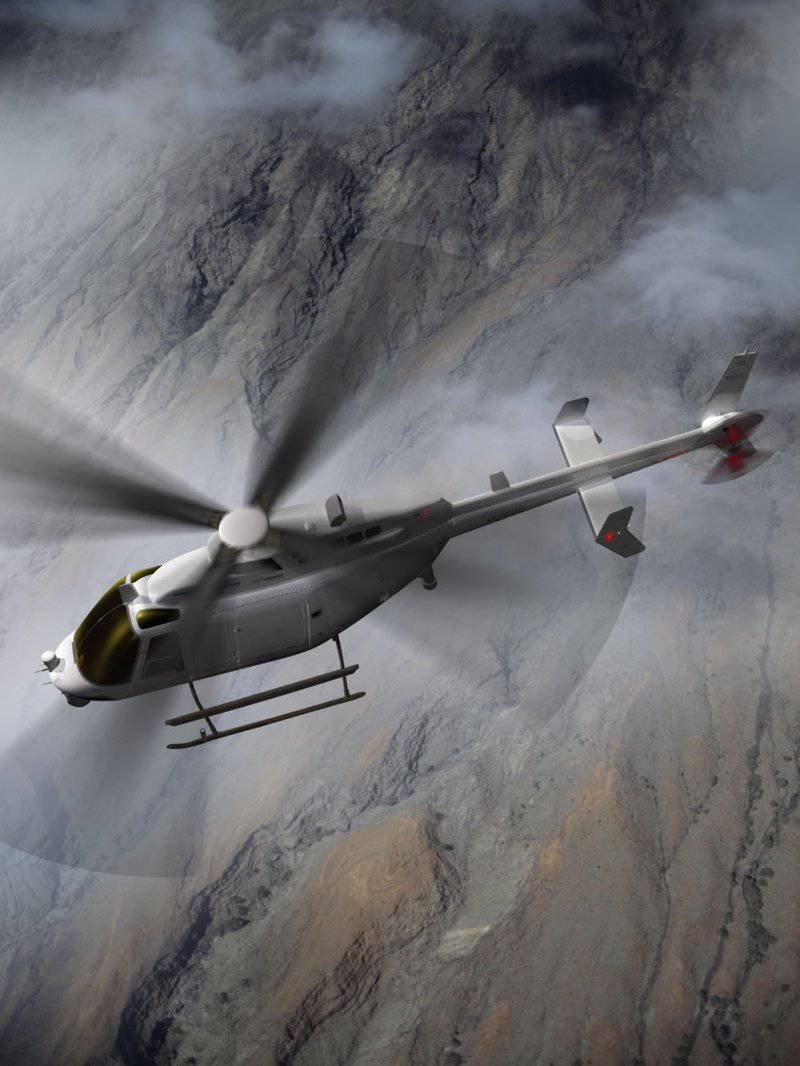 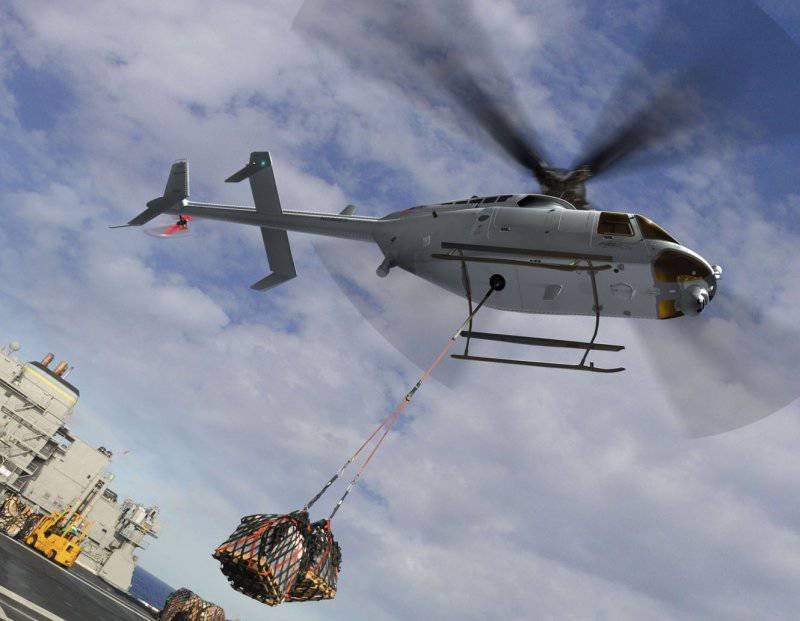 The development of the MQ-8C will be completed so quickly, because it uses many of the MQ-8B technologies. While the military are not in a hurry with the adoption of helicopter-type UAVs, there is sufficient interest in supporting the designers in their work on new models. The Navy supported the idea of ​​Fire Scout (while the army abandoned it) for the reason that helicopters are more practical for most warships (in the sense of take-off and landing). Navy Fire Scouts for months have been successfully used on frigates (in both the Atlantic and the Pacific Oceans) and recently took part in military operations over Libya and Afghanistan. However, the small size of the MQ-8B limits its use and leads to more wear and tear (as a result, more time is spent on its maintenance and less time remains than its combat readiness). It should be noted that the standard manned ship helicopter is a ten-ton SH-60 Seahawk. When flying over the sea and taking off and landing on the stern of the ship, size does matter. 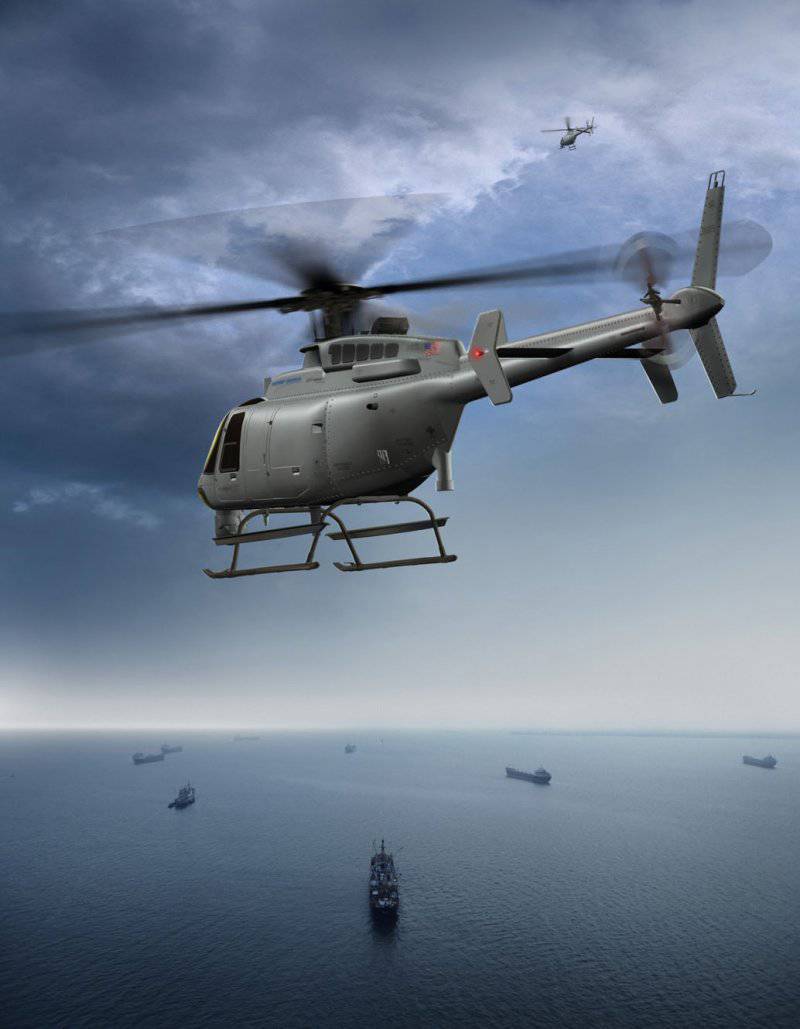 As the prototype of the MQ-8C is another manned helicopter, why not give it a new name, and not pretend that this is just a new version of an existing aircraft? The fact is that the US Navy has done this before. When the fleet decided to create a replacement for the F-18 deck planes of the Cold War, he found that he could call it the updated F-18 instead of the F-24 (the next free number from the US Department of Defense's purpose system of standards adopted in 1962 year) . Despite the fact that the F-18E looks the same as the original F-18, in fact it is practically another plane. The F-18E is about a quarter larger (and heavier) than the earlier versions of the F-18 and has a new type of engine. Calling it a modernization, it was easier for the Navy to get money from Congress. This is because at the beginning of 1990, Congress was hoping for a "dividend from the world" in connection with the end of the Cold War and cut the military budget. Thus, it was easier to get money to upgrade an existing aircraft than to develop a new one. So the F-18E made its first flight in the 1995 year, under a veil of secrecy. The military budget is being reduced once again, and again it is much easier to receive financing for the development of the existing apparatus than for the creation of a new one.