New - old in the issue of smoked 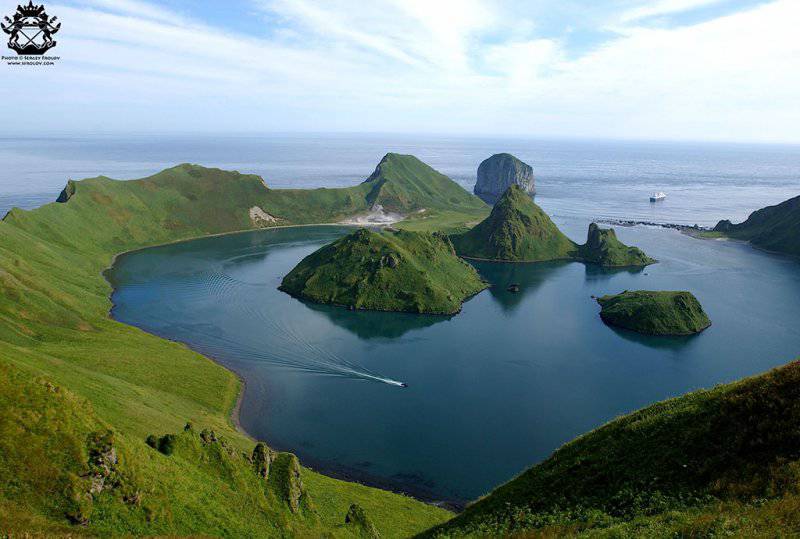 Since the end of the Second World War, the question of the ownership of the southern Kuril Islands has been a major obstacle to the complete settlement of Russian-Japanese relations and the signing of a peace treaty. The position of Tokyo is that a peace treaty will be concluded only if all the contested islands return to Japanese jurisdiction. At the same time, Japan refused to offer Russia to create a joint commission of historians to find a compromise on the issue of the Kuril Islands.


Each prime minister, each party that won the election is set to return the Kuriles. At the same time, there are parties in Japan that claim not only the southern Kurils, but also all the Kuril Islands up to Kamchatka, as well as the southern part of Sakhalin Island. Also in Japan organized a political movement for the return of the "northern territories", leading regular propaganda activities.

At the same time, the Japanese pretend that there is no border with Russia in the Kuriles region. The southern Kuril Islands belonging to Russia are shown on all maps and postcards as the territory of Japan. Japanese mayors and police chiefs are appointed to these islands. Children in Japanese schools are learning the Russian language - in case the islands are returned to Japan. Moreover, they are taught to show "northern territories" and juvenile kindergarten students on the map. Thus, the idea that Japan does not end here is supported.

As a result of such propaganda, the Japanese have no doubt that Russia will give up the Kuril Islands. At the same time, the Japanese are confident that the islands will be returned to them in the near future, avoiding the thought that it could be otherwise. At the same time, they very carefully study any word spoken in Russia, any behavior of the Russian leaders about the Kuriles, and interpret them in the way that Tokyo benefits. However, hoping that eventually the disputed islands - Kunashir, Shikotan, Iturup and Habomai will return to them, the Japanese are not going to invest money there in the future. This is illustrated by the example of the northern Japanese island of Hokkaido, which is significantly lagging behind the south of Japan, and whose development the Japanese government does not wish to finance.

Meanwhile, the Japanese businessmen of the Japanese city of Nemuro understand that if this happens the return of the country of the "northern territories", they will go bankrupt. It was thanks to the Russian tourists that this formerly neglected town flourished. That is why the descendants of the former inhabitants of the Kuriles are not going to return to the Kuriles. Only deep old men intend to return to the islands so that their graves will be along with the graves of their ancestors. And while these people are alive, the authorities are actively using them, for they understand that with time, the reason for “returning refugees to the Kuril Islands” will simply disappear. And this makes Tokyo’s hopes of including islands in its borders unrealizable.

By decision of the Japanese government, starting from 7 February 1982, the country celebrates the "Day of the Northern Territories" annually. It was on this day in 1855 that the Simodas treatise was concluded, the first Russian-Japanese treaty, according to which the islands of southern Kuril Iturup, Kunashir, Shikotan and Habomai retreated to Japan. This day is traditionally held a "nationwide rally for the return of the northern territories", which is attended by prime ministers and government ministers, members of parliament from the ruling and opposition political parties, former residents of the southern part of the Kuril Islands. At the same time, dozens of campaigning busts of ultra-right groups with powerful speakers plying between the parliament and the Russian embassy go to the streets of the Japanese capital, painted with slogans and under militaristic flags. At the maximum allowed loudness, old military marches are spread out of them and, in broken Russian, they demand the return of the northern territories to Japan. However, holding rallies in Japan for the return of the "northern territories" is not the best way to strengthen partnerships and an atmosphere of mutual understanding and trust between the two countries, since the manner in which the "Day of the Northern Territories" is celebrated prevents the resolution of the Kuril problem.

The government of the Russian Federation has repeatedly stated that sovereignty over the southern Kurils is not negotiable, and Russia will strengthen its presence in them, making all the necessary efforts for this. In particular, the Federal Target Program "Social and Economic Development of the Kuril Islands" is being implemented, thanks to which the former Japanese "northern territories" are actively building infrastructure facilities, building a new airport in Kurilsk, almost completing the construction of a wharf in the Whale Bay, asphalt roads between settlements . It is also planned to build aquaculture facilities, kindergartens and hospitals. So the help to the residents of the Kuriles, which Japan had previously provided, is no longer needed. Meanwhile, Japan has not yet responded to the proposal of Russia jointly, with mutual benefit, to master the Kuriles. Moreover, the Japanese government calls on foreign firms to refrain from participating in the development of the Kuril Islands, since this will be the de facto recognition of the authority of the Russian Federation over this territory. At the same time, the construction of a port facility on Iturup Island is being carried out by the South Korean construction company Kumuto. At the same time, Koreans declare that since Iturup has a rich nature that favors the location of sanatoriums and ski resorts here, they are ready to take part in their construction.

There is no doubt that the long-term interests of Russia and Japan would be further facilitated by a further consolidation of constructive interaction on topics uniting Moscow and Tokyo. This, in particular, the deepening of political contacts, including closer cooperation in the international arena, the expansion of cultural and humanitarian exchanges, and the building up of mutually beneficial economic cooperation. Moreover, Tokyo is interested in cooperation with Russia, which can become a reliable energy supplier for Japan. At the same time, active joint work on the dynamic advancement of the whole complex of Russian-Japanese relations can help create a favorable background for dialogue and on complex political issues.

Russia is ready to discuss a peace treaty with Japan, based on the UN Charter. Russia is also willing to look for a mutually acceptable way out of the situation with the disputed Kuril Islands. At the same time, the new leadership of Japan, represented by Shinzo Abe, the leader of the Liberal Democratic Party, which won the election last December, promises to be more accommodating on the Kuril Islands. So, Shinzo Abe expects to solve the territorial problem between Russia and Japan and sign a peace treaty and intends to visit Russia this year.

However, the words of the Japanese prime minister, known for his radical views on foreign policy, are likely to remain words. As you know, Shinzo Abe is a supporter of the abolition of the 9-th article of the Japanese constitution, according to which Japan can not have its own army, but can only be "self-defense forces." Claiming that he was able to solve the existing territorial issues, Shinzo Abe hinted that he was ready to speak from a position of strength. Moreover, Japan intends to increase its military budget for the first time in more than 10 years. Thus, aggressive rhetoric once again sounds in Japan.

Recently, former Japanese Prime Minister Esiro Mori, who was delegated by a special envoy in February 2013 to Moscow, put forward his plan for concluding a peace treaty with Russia. According to this plan, Tokyo can make "unprecedented" concessions in relation to Moscow, recognizing Russian jurisdiction over Iturup Island, the most populated of the southern Kuril Islands. At the same time, Japan plans to take the islands of Shikotan, Kunashir and Habomai. Thus, the "concessions" relate to the weaning of the islands belonging to Russia. Meanwhile, according to the Secretary General of the Japanese Cabinet of Ministers Yoshihide Suga, the Japanese government maintains the previous position, which consists in the need to determine the territorial affiliation, of course, in favor of Japan, all the southern Kuril Islands, and conclude a peace treaty with Russia. At the same time, according to him, Japan is ready to show a flexible approach in terms of their actual return. Thus, Suga actually repeated the line of Japan on the Kuril Islands, which had been repeatedly stated before.

However, Russia will not make territorial concessions to Japan. Moscow believes that Russia's sovereignty over the Kuril Islands is absolutely legal and cannot be doubted. And the solution to the problem of a peace treaty, including the issue of border delimitation, should be mutually acceptable, approved by the public and parliaments of both countries and not harm the sovereignty and national interests of Russia.

According to Tokai University professor Yoshihiko Yamada, now is the time to speed up negotiations with Russia. In his view, Japan should leave self-derogatory historical position, prepare materials with new grounds for discussion and begin negotiations on disputed territories that will determine the future of Japanese-Russian relations.

Ctrl Enter
Noticed a mistake Highlight text and press. Ctrl + Enter
We are
Tokyo wants to make friends with MoscowSay a word about poor Japanese
90 comments
Information
Dear reader, to leave comments on the publication, you must to register.