The benefits of camouflage

April 5 2013
36
The newspaper "Izvestia", it seems, has launched another duck on the net, although for the time being it is still too early to talk about how truthful the information published by the publication will be. Yesterday, an article was published in the newspaper with reference to its own sources in the Russian Defense Ministry, according to which the Russian military decided to abandon camouflage for military equipment, it is proposed to paint all of it in a solid color. Depending on the region, it will be either dark green, or light green, or khaki. Today this information was confirmed by the famous military journalist and blogger Denis Mokrushin. At the same time, RIA News with reference to the representatives of Uralvagnozavod, it reports that no changes have been made to previously signed contracts for the supply of heavy armored vehicles. No instructions from the Ministry of Defense about repainting tanks to enterprises did not receive.


The representative of the plant told reporters that the specification of painting tanks clearly spelled out in the documents - protective (green). After the tanks enter the troops, their color may change depending on the conditions of the terrain in which they are operated: wooded, mountain-wooded, mountain-desert, etc. The representative of "Uralvagonzavod" said that camouflage paint, consisting of different colors of 14, is more expensive than protective. For this reason, in peacetime, its application is not always advisable.

Military expert on armored vehicles Alexey Khlopotov, in turn, noted that the military had previously refused to camouflage due to the complexity of its application in conventional military units, since only factory camouflage is able to disguise the equipment. According to him, it is more difficult to focus optical devices on a tank and other armored vehicles in camouflage paint, and this leads to an increase in its survivability on the battlefield. In the armies of the NATO countries, for example, in the USA and Germany, quite complex multicolor camouflage schemes have been developed for the European region. But they are applied to the equipment in the factory with the strictest observance of the regulations. If you paint the equipment in parts, then it is more like a handicraft method, there is little sense from such camouflage, so it is better to let the equipment be one-color, noted Alexey Khlopotov. 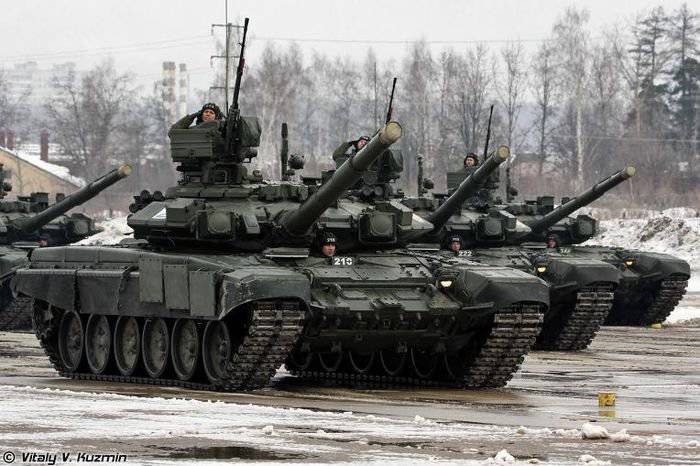 An example of a protective monochromatic coloration
Protective paint and camouflage

The protective coloration is intended to reduce the visibility of military equipment, weapons, soldiers, as well as various objects and structures on the ground due to the staining of the surfaces of the protected objects in any one color, which complicates the visual selection of masked objects against the background of the surrounding terrain. It is not necessary that the color of the protective color coincides with the main background color. There are a number of colors that are recognized as universal, that is, they really complicate the visual selection of masked objects on almost any type of terrain (of course, except for snow). These colors today include: khaki, yellowish grayish, grayish greenish, drab, greenish gray, grayish blue, bluish gray and olive. The main rules for the selection of protective colors are: dull color, the inability to clearly name this color, its dullness.

In the Russian army protective paint is used for military equipment, as the factory. Almost all equipment comes from the factory shops painted in dark green or olive color. It is important to take into account various circumstances, in particular the fact that the protected surfaces should not shine, give reflections, and also have a gloss. If during the masking coloration of the matte uniform it is possible to achieve already due to the very structure of the fabric, then during the painting of the technique it is necessary to avoid the use of solvents and varnishes, which give a smooth surface, as well as enamel paints. It is useful to add it to the paint itself or to put it on a fresh, dry layer, sand, chalk, sawdust, etc.

In addition to the protective for the purpose of masking people, equipment and various kinds of objects, a deforming paint is also used, which reduces the visibility of the masked objects in color to a lesser extent than the protective paint. At the same time the deforming color has a number of its own advantages. Its main advantage is that it is easier for a person at the psychological level to identify familiar objects on the ground, which he recognizes from the external contours and drawing of internal parts, while the deforming color prevents the observer from identifying the external contours and complicates the process of identifying a visible object by internal details. For example, an observer found some kind of armored vehicle on the ground, but the distorted paint applied to it prevents him from determining the presence and location of hatches, doors, loopholes, canisters and boxes on his projection. Consequently, the observer is unable to unambiguously recognize the detected object as a tank, infantry fighting vehicle, armored personnel carrier or tractor, its brand and type, as well as the distance to the object, the direction and speed of its movement. 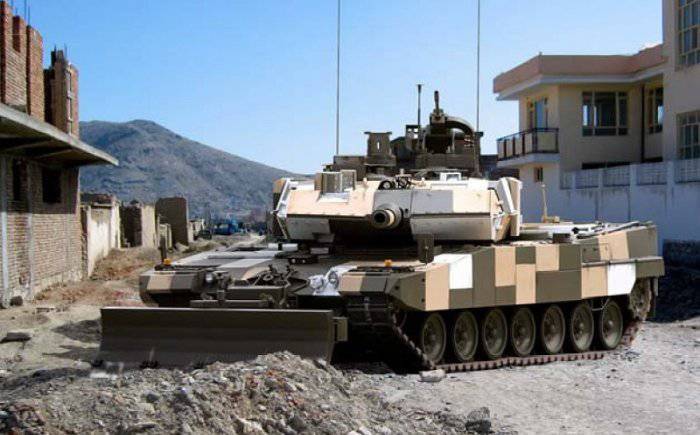 Proceeding from this, if the protective coloration is sufficiently universal, then the deforming requires from the commanders of subdivisions a clear and unambiguous view of the masking task to be solved, as well as taking into account a large number of factors (changing the background color from the weather, time of day, season, influence of enemy fire on the terrain color etc.). In addition, the use of this kind of paint requires a range of necessary paints, as well as time for painting, which is often difficult or even impossible during combat operations.

The main task of any disguise is that the enemy, even after seeing the object, did not understand that he could not recognize it. Without recognizing the object, it is difficult to determine whether it is dangerous and, if so, how strong. This is the main purpose of any camouflage - to make sure that, being visible, the object remains invisible. This can be achieved with the help of various color spots, which distort the internal details, the contours of the same object can be slightly modified using available tools. The main thing to do so that the image visible to the human eye does not coincide with any of the images in the brain. 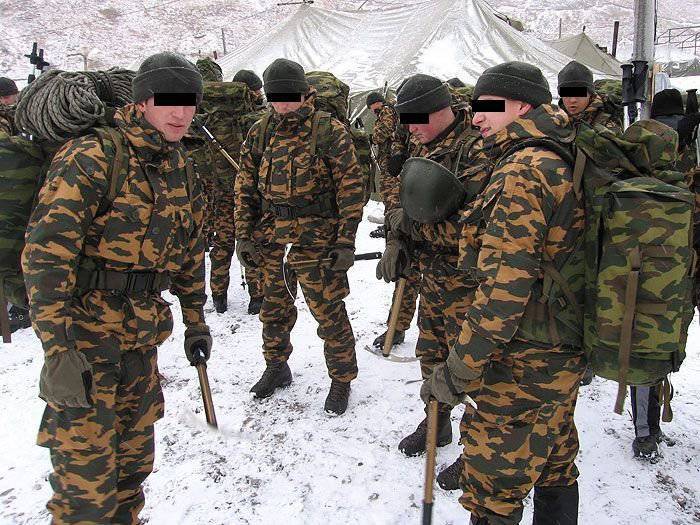 An example of warp paint on a military uniform
In this case, people, using a concealing uniform, should keep in mind that the entire action of disguise can negate the bright oval of the face, which can be seen very well at a sufficiently long distance or at night. Therefore, in addition to camouflage overalls, soldiers of many armies use special camouflage masks on their faces or special makeup (paints), which paint open skin areas - face and hands.