April 6 2013
54
Less than two weeks later, as I posted my note on the site “They bred like kittens. Why is Russia 10 more difficult? ”, as in my country of residence, Ukraine did the same thing, only 10 times easier and more frank than in the Russian Federation. Those who read the article, remember the short thesis that that in the West, with its mentality and way of life, absurd and immoral rules of law can be introduced without broad maneuvers, chess moves and cover-ups in society. Today, there will be any law, and even without regard to the majority. Unfortunately, in Ukraine, no one organized chess and poker games as in Russia, where there are many patriotic movements that are not just props, but also live signatures are collected against immoral and anti-moral laws. 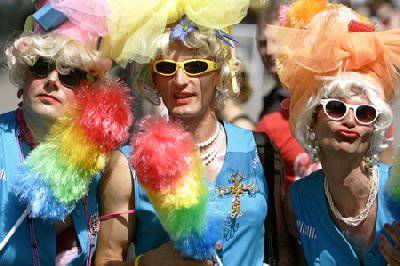 So, we will talk about bills № 2638 (element juvenalki) and № 2342 (LGBT). These projects are registered and submitted to the Parliament of the Verkhovna Rada, both by the Government and the deputy from the Party of Regions V. Zhuravsky. There are no fundamental disagreements between the neoliberal Western opposition and the liberal "Eastern" government in the committees on them. As we see, despite the political crisis and tough confrontation, European values ​​confidently make their way. Although in fairness, public indignation is expressed by conservative regional Vadim Kolesnichenko, let's see - will he be able to reverse the hidden propaganda of LGBT people in his faction? After all, the Government introduced the draft law on protection against discrimination of sexual minorities, which was formed by the Party of Regions and supported by the vote of the Ukrainian Communists. These initiatives are half-hearted. If to put it in military terminology, these are sabotage norms of law in our Ukrainian legal field, designed to prepare the ground for the maximum implementation and introduction (landing) of Western legislation in the sphere of legalizing LGBT marriages and the destruction of the family. Best prepared for the Ukrainian society bill № 2638 for the failure of professional obligations to protect the lives of children. Why ask better? Because it does not cause special moral condemnations, on the contrary, even support. Emphasis is placed on emotions, justice and humanity. 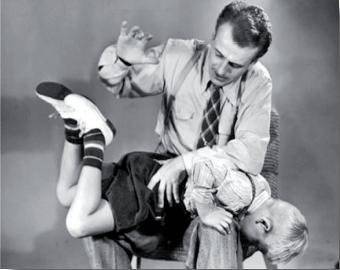 The law speaks of the responsibility of parents for light, medium and heavy bodily harm. The correct measure? Yes. They just do not say that after the adoption of this law, a network of telephone law (trust) for children will start to operate in the state, where you can complain to parents even for minor injuries. For this telephone "trust" it is not necessary to introduce an amendment to the Law. This will be done at the level of regulatory legal acts or at the expense of grant public organizations and foundations, i.e. by type a la " learn more"Plus" conscientious "teachers and educators. Liberals who spit 1937 about the year will have a chance to be convinced of the" decency "and" vigilance "of their neighbors in a" democratic "society. Who will determine the degree of physical injury? on the basis of guardianship agencies? Business will be good. Also, there is no mechanism specified to whom priority will be given when the child is withdrawn during the judicial debate, - to relatives or a foster family and a shelter ?! Frankly, I personally admit a belt with a child as a child silly for misdeeds. Once even half of the entire military town saw))) And if the neighbor said in 1991 year, my whole life could have gone differently: my parents would be deprived of rights (I confess that they beat me exactly 3 times "hard" I list: 1 once at a 5 age for a stolen money from my mom's wallet, I reluctant to take someone else’s life for a second time, because my neighbor’s boy had a forehead in the form of checkered taxis, “played in a taxi” the word - that's all. Then it was clear and sufficient only one glance in education, the family of the military as it does))), and I would be in the family of liberastov! In general, in Ukraine, an end to the patriarchal and conservative order and the principle of education is appropriate. Society is becoming softer and more tender, did our politicians feel this trend? I doubt it. These bills, it is a bribe for the possibility of signing Association Agreement of Ukraine with the European Union.

Global evil, the political crisis in Ukraine is not a hindrance. Laws will be faster than the budget 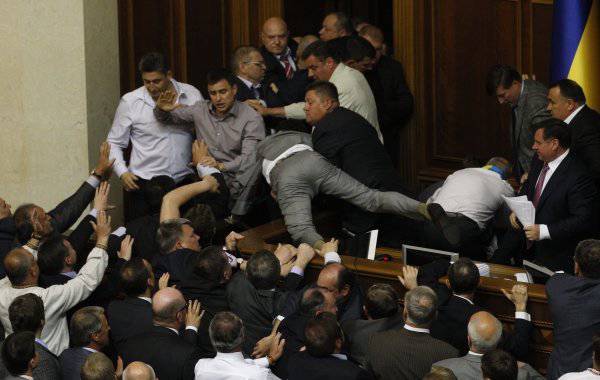 But on the bill № 2342which implies amendments to a number of laws, in particular, the Labor Code and the Criminal Code, aimed at including discriminatory signs of sexual orientation in the list, I see no reason to even stop. There is no reason for discussion here, as in the law on “protection of children”, where it is possible to philosophize, how many rights should be given to a child, and how much they should exceed parental rights. This is a purely civilizational choice. This is a prologue for legalization and adoption of fundamental initiatives - LGBT marriages and same-sex families with the right to adopt a child, for example, who was beaten with a belt in a normal family. And the question is when they will be finally approved in the light of today's political chaos in Ukraine. As of this writing, the Ukrainian Parliament is already physically split. The authorities sit in another room of the Verkhovna Rada - the conference hall, and the opposition - directly in the hall for voting. Something tells me that the circus is a circus, and for a new global world order these bills will not gather dust on the shelves of the committees of the Ukrainian Parliament for a long time, unlike other traditional social and economic initiatives.

Ctrl Enter
Noticed a mistake Highlight text and press. Ctrl + Enter
We are
About Stalin and Khrushchev
54 comments
Information
Dear reader, to leave comments on the publication, you must to register.