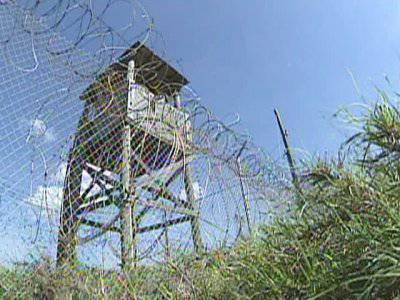 Contained in a US Navy base in Guantanamo (Cuba), Russian citizen Ravil Mingazov refused to meet with officials of his country. In this regard, the US government will not be able to organize a meeting with the representatives of Russia for Mingazov, said Victoria Nuland, spokesperson for the US State Department, at a regular briefing for journalists on Wednesday at 3 in April.


According to her, "the Russian government sent a request for a meeting with Mr. Mingazov, who is imprisoned in Guantanamo." Washington informed Moscow that Mingazov "through his lawyer refused to meet with any Russian delegation," said a spokeswoman for the US foreign ministry. In this regard, the diplomat noted, "we will not be able to organize the interview requested by the Russian side, since we adhere to the long-standing policy that such meetings (to the prisoners of the Guantanamo camp) are not imposed, if there is no voluntary consent."

As Nuland added, the US administration offered to take the Russian delegation to Guantanamo so that it could gain a broader view of the functioning of this special prison, which contains persons suspected of terrorist activities and detained mainly in Afghanistan and Pakistan during the operation launched after the 11 attacks September 2001 of the year. "This invitation remains in force," the spokesperson for the State Department said.

According to reports, Mingazov was imprisoned in Guantanamo in 2002, after his arrest by US intelligence in the house of a Pakistani who had connections with al-Qaeda. The American side also suspected that a Russian was being trained in terrorist camps in Afghanistan. Mingazov himself denied the charges.

Earlier, a total of eight Russians were held at Guantanamo, but seven of them were subsequently repatriated. In the past, Russian officials have already visited the Guantanamo prison.

In the past, the number of "inhabitants" of Guantanamo exceeded 600 people, now there are 166 prisoners. Prisoners are actually in a legal vacuum. Of the remaining prisoners in Guantanamo, 86 has already been considered unharmed by US authorities. 22 January 2009, Barack Obama almost immediately after he began exercising the powers of the President of the United States signed a decree on closing the Guantanamo prison within a year. Nevertheless, this institution still exists and is the cause of harsh criticism of the United States by human rights defenders. Now in prison in Guantanamo for the second month a mass hunger strike of prisoners is taking place, ITAR-TASS reports.

Ctrl Enter
Noticed oshЫbku Highlight text and press. Ctrl + Enter
We are
Ukrainian deputies confirmed the information that Victoria Nuland demanded that Kiev recognize the special status of Donbass and an amnesty for representatives of the DPR and the LPR.
Military Reviewin Yandex News
Military Reviewin Google News
33 comments
Information
Dear reader, to leave comments on the publication, you must to register.