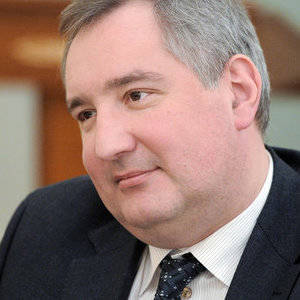 At the end of March, the 2013 of the year in Moscow hosted a military-industrial conference, at which for the first time in a long time all the key figures influencing the work of the Russian defense-industrial complex were brought together. Formally, this event was devoted to the 60 anniversary of the national military-industrial complex, and in fact, at this meeting, high-ranking officials and "production captains" discussed the further development of the national defense industry.


Deputy Prime Minister of the Russian Government Dmitry Rogozin, who oversees the Russian defense complex, said in a subsequent conversation with Russian President Vladimir Putin that in the future such meetings are expected to be brought to the all-Russian level and made annual. Joint meetings of key players of the Russian military industrial complex will have to serve to strengthen the spirit of corporate solidarity, summarize and develop plans for the future.

The format of annual meetings of representatives of production, both public and private sector and the military elite has long been practiced, for example, in the United States. However, in the case of America, such meetings are held under the auspices of corporations that dominate certain spheres and are often combined with exhibitions where Pentagon customers can find promising projects of private firms.

In our case, such relationships are built on the basis of the already established power vertical and include both weekly meetings of the military industrial commission and scheduled regular conference calls with representatives of the leadership of the Russian regions, leaders and owners of defense enterprises and industrial associations working in the interests of the military. .

But in order to figure out which weapon and in what quantity our country needs, Dmitry Rogozin called for a thorough assessment of possible military risks, external threats, and potential adversaries. And only after such an analysis will the country be able to clearly determine which armed forces it needs to build and maintain. It seems that in the discussion of this issue it is necessary to involve a wide expert community, excluding the very common practice of “preparing generals for a past war”. In addition to the technical aspect, such a threat assessment should trigger the development of strategic and tactical schemes for the use of the Russian army in case of possible military conflicts. In general, without developing a scheme for the use of troops in reality, it is impossible to understand which weapons must be used and which research works should be directed first of all.

Dmitry Rogozin stressed that the presence of military force and the threat of its use is still a real factor in solving economic and, consequently, political issues in the world. He also added that so far in international relations there are certain ideological vestiges inherited from the Cold War. One of the brightest organizational rudiments of that period is the existence of the NATO bloc created in opposition to the combined military power of the USSR and Eastern Europe and continuing to exist, despite the collapse of the Warsaw Pact.

Ctrl Enter
Noticed oshЫbku Highlight text and press. Ctrl + Enter
We are
Russia moves to the production of its own matrix for the manufacture of thermal imagersRogozin visited Nizhny Tagil, shot from a tank and a gun
18 comments
Information
Dear reader, to leave comments on the publication, you must to register.