April 4 2013
13
The Russian military and representatives of the military-industrial complex have defined priorities in the development of promising types of military equipment and weapons. It is reported that the emphasis will be placed on the development of the most robotic combat systems, in which the person will get a safe role of the operator. At the meeting of the Public Council of the Military-Industrial Commission of the Russian Government, the participants discussed issues of improving Russian weapons in the context of promising threats to our state, as well as the launch of the Advanced Studies Foundation (FPI), a completely new unit within the structure of the Russian defense complex.


Opening the meeting, Deputy Prime Minister Dmitry Rogozin noted that the most pressing issue that would need to be resolved in the first place is the creation and testing of the most robotic military equipment for various purposes. This is due in particular to the unfavorable demographic situation in the country. The indigenous population of Russia has declined to a critical limit, while our country remains the largest country in terms of size and a concentrated natural resources power.

According to experts, in the near future, not only minerals and hydrocarbons will become priority natural resources, but also clean water, clean forests, clean and fertile soil. All this in Russia so far in abundance. But perhaps it is for these resources that our country will have to fight with weapons in the hands already in this century. At the same time, robotization is proposed as one of the ways to significantly increase the effectiveness of combat operations, as well as to reduce combat losses. Based on the demographic situation in the country, this is more than relevant. And what could have seemed fiction yesterday is already formulated today in the form of tactical and technical tasks. 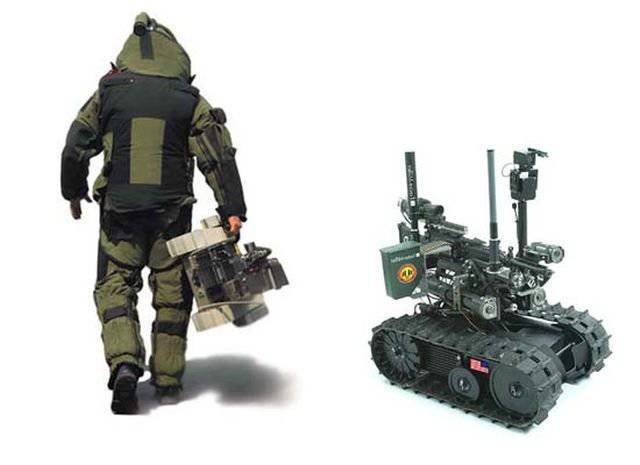 Today, a number of programs are planned for robotics, including: creating underwater robots of various purposes, developing power armor, better known as exoskeletons, developing a series of UAVs. Also in this kind of innovation fits work on all sorts of network technologies for military purposes. For example, the development of technology that allows the transfer of electricity without the use of wires. More than a hundred years ago, the famous inventor Nikola Tesla was also engaged in experiments in this field. Modern technologies can help put into practice his ideas and increase their industrial scale.

Currently, robotics for various purposes and in ever-increasing quantities are already widely used in the armies of many states. Unmanned aerial vehicles and floating vehicles (including submarines), as well as ground vehicles of various classes assume an increasing number of functions that were previously performed only by humans. The number of such equipment gradually grew until the turn of the century, the number finally turned into quality - a variety of air, sea and land robots play an increasing role in the conduct of hostilities.

Today, unmanned aerial vehicles are widely used for reconnaissance purposes, for targeting guided missiles, and some of them are able to independently hit targets. Ground robots are used for demining the territory, breaking through barriers, in addition, many of them can be equipped with weapons and used during high-risk combat operations, such as urban battles. Also, robots begin to be used in the rear. For example, the American company Oshkosh Truck is engaged in the creation of "unmanned" trucks, and the company Boston Dynamics has developed a special porter robot that resembles a big dog (it is called appropriately Big Dog), such a robot can transfer up to 75 kg without any problems. cargo. 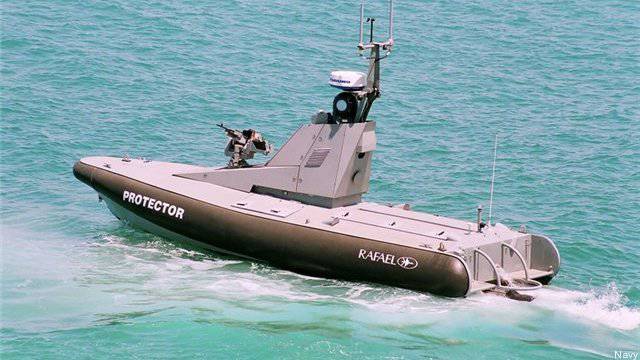 The report, which was submitted to the public council, involves the creation of several families of military robots: from reconnaissance and shock UAV long-range, to robotic exoskeletons, which can significantly improve the physical capabilities of the human body, and underwater robots.

In addition, in the interests of the Navy, it is planned to create robotized boats, plans for the construction of which the Vice President of USC, United Shipbuilding Corporation Igor Zakharov, said not so long ago. Currently, many countries of the world are interested in building and adopting such devices. Robo-boats are very much in demand for operations in the coastal zone, exploration, fighting mines, and sabotage. Such boats can be equipped with various equipment for the destruction of communication lines, the destruction of the enemy’s infrastructure and other tasks.

Equipped with underwater robots, such boats can become the real “eyes and ears” of the Navy during operations on coastal theaters, be it the Black Sea, the Baltic Sea or the Mediterranean Sea. According to Zakharov, for acquaintance with the latest developments in this field, USC plans to buy an Inspector robot-boat and an underwater vehicle from the French company Echo. In the future, USC is going to develop its own development of this kind of devices.

In this case, we all have a reasonable question, and can Russia catch up with the countries that have escaped ahead? For example, the United States, where UAVs have been used for a long time both for reconnaissance purposes and in the role of attack aircraft, where exoskeleton samples and unique transport robots were created. It is difficult to answer this question unequivocally, but historically the USSR possessed the most high-tech robots at the beginning of man’s exploration of space, these were domestic “Lunar Rovers”. And the first combat drones also began to develop in the USSR. 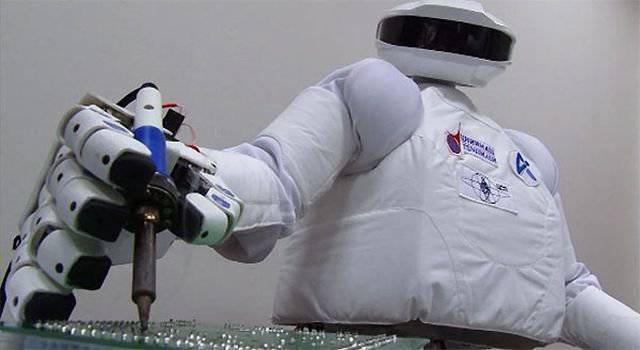 SAR-400
At present, Russian engineers also have much to be proud of. Not so long ago, they introduced the SAR-400 robot android. SAR-400 is an anthropomorphic robot-cosmonaut produced by the Android Technological Scientific and Production Association, it is being developed on the order of Roscosmos. A space experiment with his participation is scheduled for 2014 year. This robot is a torso with two "hands-manipulators", which have special sensors necessary for work. SAR-400 became the first domestic space robot created over the past 20 years. The main purpose of its creation is to replace the human presence with a robot in order to reduce the risk to people's lives, to reduce the financial costs of maintaining astronauts. Also, this robot will be used during the commission of promising alien expeditions.

Currently, this robot can perform only simple, but dangerous to human functions. For example, loading and unloading cargo spacecraft, external inspection of spacecraft and satellites for any faults, damage and their elimination. It is assumed that over time, this robot will be sent to work on board the ISS. Designers SAR-400 tried to achieve maximum similarity between the robot arms and human hands. Both the astronaut on board the station and the operator on Earth can control this android. To do this, it will be enough to put on gloves and a vest equipped with special sensors. The SAR-400 robot will not only be able to repeat all the movements of the operator, but also give the person sound, a picture and even tactile sensations.

It is already clear that SAR-400 will be able to perform many functions, and the scope of its use will not be limited to only one space. Among other things, this robot can be used during surgical operations, and in military affairs it will not be priced at all. Such a robot is able to perform the role of a sapper, repairman, scout. It is reported that the Russian android in its work capabilities and tactical and technical characteristics will surpass all foreign analogues, including the development of the United States. The main difference of this robot from modern Western developments is the fact that it can transmit not only a picture and sound to its operator, but also tactile sensations. In fact, this robot allows the operator to work with various objects in the same way as the heroes of the famous science fiction film James Cameron “Avatar” did.

Ctrl Enter
Noticed a mistake Highlight text and press. Ctrl + Enter
We are
Fighting robots in future wars: expert conclusionsThe Russian army turned towards the robotic technology
13 comments
Information
Dear reader, to leave comments on the publication, you must to register.