Who instigated the bloodbath in October 93

December 10 2010
1
Since the events of October 1993, 17 years have passed. Then the constitutional crisis - the conflict between the two branches of the Russian government (21 of September - 4 of October) escalated into armed clashes on the streets of Moscow, which led to large human casualties, according to various sources, no one could name the 2000 people. As no one can tell who provoked the slaughter on the streets of the capital. After so many years, no one has been punished for the events of those days.

The crisis began with the decision of Boris Yeltsin to dissolve the Supreme Soviet of the Russian Federation and the Congress of People's Deputies, in his opinion, the reforms in the country were too slow and inefficient, it was necessary to rewrite the Constitution. The Constitutional Court of Russia at an emergency meeting calculated that the Yeltsin decree in 12 places violates the current Constitution, is illegal, and therefore the president must be removed from office. The Supreme Council did not obey the presidential decree and called the incident - an attempted coup. So began the confrontation between the parliament and the president, which until October 3 proceeded relatively peacefully. If this is what can be called on the streets of Moscow: the defenders of parliament were blocked in the White House, barricades were built, clashes with the police broke out, but at least there were no casualties. 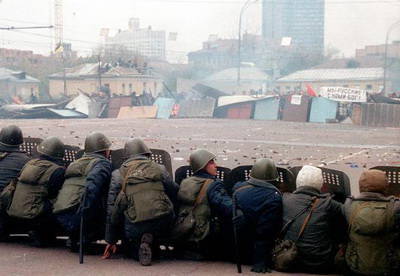 When two forces enter the power struggle, in whose hands is weapon it will certainly shoot. The man who took the weapon in his hands automatically agrees that he will have to shoot out of it, as a result, blood is shed, the blood of alai.

Now after years, it’s hard to say who fired first. According to one version, an open confrontation between the two forces could have been deliberately provoked by someone. In particular, there are mentions on both sides of the snipers operating in those days in Moscow, the number of which, according to various estimates, was slightly more than a hundred. Who were these people, still remains a mystery. The head of the investigative group of the General Prosecutor’s Office, Leonid Proshkin, who investigated the events of that autumn, said that the snipers who participated in the events of those days remained a question for the investigative group, to which she “could not find an answer.”

According to the version that the Spetsnaz of Russia magazine 3 of October expressed in 15: 00, the riot policeman became the first victim of snipers, after which law enforcement officers opened fire on demonstrators. Most likely, the killed was Art. Lieutenant Aleksandra Boiko, commander of the 2 company of the PPS regiment, who was shot by a sniper in the building of the Moscow mayor's office. After that, the shooting on the streets of Moscow became widespread, in the evening assault of the Ostankino television center, at least 46 of the participants of the assault and just bystanders and journalists died. According to one of the versions of the reporter for the German television channel ARD, Rory Peck, the sniper also shot at the entrance to the television center. 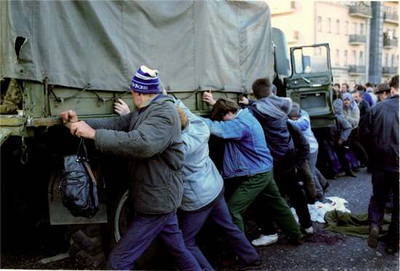 The next day the events in Moscow resembled street battles, in the city they fired from all kinds of small arms, heavy BTR machine guns and BMP quick-fire guns rumbled, from the Novoarbatsky bridge the White House was shot Tanks T-80 Kantemirovskaya tank division. The situation was aggravated by the fact that it actually got out of control. There was no central leadership of the troops that stormed the White House, often the soldiers fell under the so-called "friendly fire". And on this day, many who died on both sides, as well as just random people, were killed by snipers, later this was established by the State Duma commission.

So, for example, a sniper bullet cut off the life of ml. Lieutenant of the group "Alpha" Gennady Sergeyev. Arriving at the White House on an armored troop-carrier, a group of alfovtsy left it to pick up and evacuate a wounded paratrooper, a shot rang out from behind, and Gennady was killed. The bullet entered between the lower boundary of the sphere (a special helmet of a protective structure) and the upper boundary of the bulletproof vest, fired a professional. Later, investigators will establish that they had shot from the building of the Kapranov factory from the technical room, which the KGB used to spy on the American embassy. According to the results of the investigation of the State Duma commission, the snipers worked in Moscow even on October 5, when police officer Nikolai Baldin was shot from the top down into the neck.

According to Alexander Korzhakov, the head of the presidential security service, many snipers came to Moscow from Transnistria or were members of the Union of Officers, speaking on the side of parliament. But it is absolutely certain that the defenders of the White House had all 10 SVD rifles, which were subsequently withdrawn, while the snipers themselves, who, according to Korzhakov, “left the gardens”, were not detained. 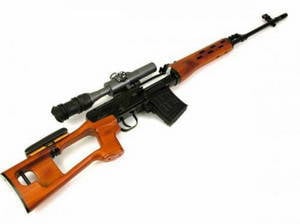 According to another version, which is indirectly confirmed by the death of the Alpha officer, the snipers belonged to some special forces that were on the side of Boris Yeltsin. So, as part of the Kremlin guard, there is a platoon of "tracer-attic", people who are engaged in guarding the routes of the president’s movement, they also work in public speeches. But even these people would have accumulated a fairly small amount, not a hundred.

There is a version that professional snipers began to be brought to Moscow from abroad. Allegedly, a close friend of Korzhakov, Major-General Boris Prosvirin, at the end of August, through a residency in Switzerland, contacted representatives of foreign special services. Already on September 17, several groups of tourists from Cyprus, including only men, arrived at Sheremetyevo Airport. Later, 27 September, Korzhakov met a certain rugby team, although there were no games along the line of the sports committee and sports clubs at that time. Perhaps it was these people who were armed with SVD rifles, which Korzhakov and Prosvirin received from the special warehouse in Reutov in the amount of about 102 pieces, in the period up to October 3.

According to the third version, the snipers acted as some kind of foreign force, who was not on the side of any of the opposing sides. In this case, the US secret services usually like to mention, who thus wanted to destabilize the situation as much as possible, provoke a civil war and destroy Russia. On the role of the United States here you can put any potential enemy.

With or without snipers, but those events have become some of the most cruel in stories modern Russia. The Center for Sociological Research of Yuri Levada regularly for a number of years conducted surveys of the population about those events. In 1993, 51% of respondents, while in Moscow and 78% justified the use of force, in 2005, only 17% of people already recognized the use of force as justified, 60% were against.