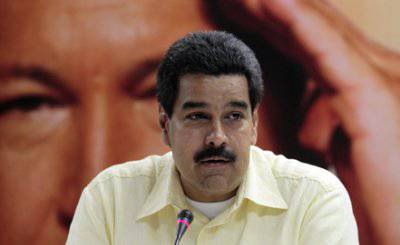 Acting President of Venezuela, Nicolas Maduro, promised that his country would maintain allied relations with Russia.


“Venezuela will remain a friendly, allied, loyal and fraternal country for Russia, we will continue to develop this excellent working friendship of our peoples, friendship with President Vladimir Putin,” Maduro cites local television at the opening of the ninth meeting of the high-level intergovernmental commission in the state Tachira, reports RIANews».

The meeting will discuss the full range of trade and investment cooperation, specific projects and proposals to increase its volume. Summarizing the results of 2012, the trade turnover of the two countries amounted to two billion dollars, which seems insufficient to both sides. Maduro said that the parties had outlined work plans for the coming years, cooperation in the field of oil and gas, plans to supply Venezuelan goods, including flowers, to Russia . He confirmed that 2-3 July will participate in the summit of the participants of the Forum of Gas Exporting Countries in Moscow.
Immediately after attending a meeting of the commission, Maduro went to the state administrative center of Tachira to rally his supporters as part of the election campaign.

As the newspaper VIEW reported, the presidential elections in Venezuela are scheduled for April 14. Acting head of state Nicolas Maduro announced his participation in the elections. He has already stated that his election is not attracted by personal ambitions, but by the order of the late Hugo Chávez.

Hugo Chavez passed away after a long March 5 illness.