Choir of economists: the single European currency is to blame for the crisis 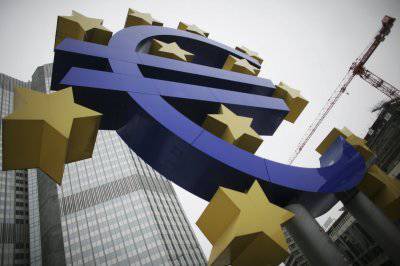 Jesus Fernandez-Villaverde, Tano Santos and Luis Garicano from The National Bureau of Economic Research, that is, the National Bureau of Economic Research (Massachusetts), wrote a voluminous composition on the crisis in the eurozone. Scientists have found and guilty: the euro currency. Everything that used to be bad in the economy of Greece or Portugal, with the introduction of the euro in 1999, has become much worse: debts have grown, bubbles have become inflated, dependence on EU saving funds has grown.

In the introduction to the text, the authors warn that the opinions expressed on the pages of the report do not necessarily reflect the views of the National Bureau of Economic Research. From the introduction, the authors pass to the summary, where in the very first lines it is said in black and white that the adoption of the euro currency did not advance the economy of the European periphery countries, but only delayed the inevitable crisis and then worsened the situation. The economies of the peripheral countries, which received a prolongation of credits and thus a postponement of the moment when the speculative “bubbles” burst, actually returned to the old bad financial state. To these countries, analysts attributed Greece, Spain, Ireland and Portugal.

The report's authors believe that the mistake of the creators of a monetary union made before 1 January 1999 came on the year was that the least strong prospective participants - especially Greece, Portugal, Spain and Ireland - planned and implemented structural reforms aimed at modernizing their economic systems and institutional improvement. However, everything happened exactly the opposite: due to the impact of the global financial “bubble”, European peripheral countries came to the opposite results: the reforms were forgotten. Moreover, the abandonment of reforms and the new order of things led to an increase in speculative “bubbles” and extension of loans, which ultimately reduced the growth of the economies of these countries and generally made their prospects rather bleak.

In the past, peripheral European countries used devaluation to recover from the effects of adverse business cycles, which, however, did not improve the basic volatility of their economies. With the euro, there has been a deterioration in the sense that it has become impossible to apply the devaluation policy. The single currency, the euro, envisioned a single currency and tax policy, which prompted social agents to change their macroeconomic decisions, which were previously often based on inflation.

Someone in Europe, of course, helped new reality. Germany’s rather stagnant economy at that time, faced with the Maastricht agreements, really embarked on the path of structural reforms, thereby reviving German exports. But what happened in Germany did not work for the peripheral countries.

Instead, their main economic contradictions only intensified. In these countries, credit “bubbles” quickly inflated, their competitiveness decreased, and external debts over the decade of their stay in the eurozone increased by one hundred percent of the gross domestic product. The use of EU resources was combined in pre-crisis countries with domestic bank credit "boom". Future growth began to eat real and past loans. Along with this, ill-conceived government programs were applied in the peripheral countries, which led to higher taxes and even longer working hours. In addition, for these countries was characterized by "Dutch disease", fully transferred, for example, Ireland and Spain. Human resources have ceased from the export-oriented sectors of the economy to real estate and the government sector, which has resulted in the greatest negative consequences for growth. Moreover, participation in the European zone interacted with these specific sectors, in essence creating this very “bubble” in real estate markets - and this instead of giving a proper response to the imminent crisis.

To summarize, the euro, introduced to complete the modernization of the institutions of peripheral Europe, instead turned out to be a “sedative” that helped well against any transformations.

So, for what they fought, they ran into it. The single currency, the euro, made it impossible for the financial game to depreciate its own currency, which once helped in crises better than loans. Apart from the euro, the “ill-considered government programs” are also to blame, the consequences of which go much further than it seems at first glance. A naive belief in a "strong state" and a caring "left" policy in the capitalist system gives rise to universal relaxation, which is fraught with aggravation not only of the country's internal problems, but also of the world economy.

Lars Christensen, founder of Saxo Bank, visited Moscow and talked to a journalist Finmarket about the future of the world economy and the price that Europe pays for the mistakes of its leaders. Mr. Christensen also spoke about inflation - as a way of dealing with crises, which the euro put an end to.

Currencies are needed to manage them, he said. If the country's economy is uncompetitive, the central bank can reduce the value of the currency - and as a result, the economy will increase competitiveness. If Greece, the expert says, could have devalued the euro over the last 15 years (by 5% per year), then there would have been no crisis. But this is impossible, and its gap in competitiveness is growing compared to Germany.

There is another way to deal with the crisis. If you cannot devalue a currency, says a Swiss banker, you should run savings programs and cut salaries. Politicians usually try not to do this because of social unrest, riots and political crises. It is much easier to devalue the currency than to go through such anguish, the economist believes.

But today's Europe has to go through this - because of the wrong political and financial structure of the EU. One has only to remove the euro, Lars Christensen thinks, and after a while “a great place to live in the place of the current fires” is formed. But "if you believe in the euro and are ready to defend it, things will get worse."

According to Christensen, the collapse of the eurozone will help overcome the crisis. And the exit from the eurozone can help Greece. But the fact is that decision-making requires political will, but for now “politicians are not ready to admit defeat. They still want to spend other people's money in order to achieve their goals. As long as there is a huge political will to keep this project, even if it was initially erroneous. ”

The economist believes that the exit will take place anyway - "sooner or later." Politicians, in his words, “will delay this moment to the last.”

“They will look for money anywhere, just to save the EU as a monetary union. What we see now in Cyprus, for example, is simply amazing. It is not even QE, not OMT, not inflation, not devaluation, or some other relatively objective problem. They just want to take money from hard working people.

It turns out that we are paying big taxes, and now anyone can come and say, “I'm sorry, we need your money again.” He will take them, but nothing can be done about it. This is a very bad signal for everyone. ”

The economist believes that now in the EU there are more and more people who need power.

“... Already now, some of the most important decisions are made without any voting, taken by people whom no one has chosen. Europe is moving in a very bad direction, towards a semi-totalitarian society. This is happening under the slogan "More EU, more United Europe, which must be protected at all costs." It definitely does not work, but politicians continue to do things that do not work. They have one answer to everything: you need to do more. They do more, but it makes everyone worse. ”

These people who have power, these bureaucrats, says Lars Christensen, will lose a lot if the power of the EU is limited. "They will lose their job, big pensions, careers."

What to do? It turns out that all is not lost. The situation can be corrected by people who will demand to give them their countries and freedom. There is a chance, the expert believes that this formidable “give up” will sound in the next 5-10 years.

"And then we will see protests, we will see an increase in anti-European sentiment, we will see riots and revolts: countries will go through a political crisis and leave the euro area, then the problem will finally begin to be resolved."

The analyst recalled that the EU crisis is a crisis of the “welfare state”. After all, today the EU institutions help those people "who are not sick, who have two arms and two legs." People in response expect that the government will help them more and further. In Denmark, an unemployed person receives at least $ 3000 per month for doing nothing!

According to the International Monetary Fund, the total amount of euros in the currency reserves of developing countries decreased 2012 year to 24% (676,6 billion euros), which is the lowest since 2009 year. Last year, the central banks of these countries sold securities denominated in European currency to 44,8 billion. Against this background, investments in dollar assets are growing. The central banks of the BRICS countries, for example, for 2012 a year invested about $ 156 billion in US securities, which corresponds to approximately 120 billion euros.

International rating agency "Standard & Poor's" has just downgraded forecast for the fall of eurozone GDP by 2013 to 0,5%. Previously, it was a decrease in 0,1%. But due to the difficult financial situation, the scale of decline may increase fivefold.

At the beginning of the local crisis, the world's largest investment fund PIMCO with assets over 2 trillion. Doll. reduced their investments in eurocurrency. The executive director of the organization, Saumil Parikia, stated that he considers the decision taken (at that time) by the Eurogroup to impose a tax on deposits in exchange for financial assistance not just a mistake, but a kind of recognition that the euro is far from perfect as a key global currency. And Parikia is not alone in her skepticism. His opinion is shared by the central banks of developing countries that are getting rid of the euro. According to the International Monetary Fund, in 2012, they sold a total of 45 billion euros. The favorite is the US dollar, whose share is invariably maintained at the level of 60%.

The fall of the banking system of Cyprus, the crises in Greece, Spain and other "peripheral" EU countries will finish off the single European currency. Eurozone recessions cannot be avoided. Decisions like Cyprus are now feared in the same Spain. In the same Greece. At any moment, the soft help of a “sick” economy can be replaced by surgery - monetary expropriation. The European bureaucrats, who encroached on deposits in Cypriot banks, actually destroyed the trust in the banking systems of the “peripheral” countries, and at the same time exterminated the remnants of their faith in European institutions. In Greece and Cyprus, German Chancellor Angela Merkel, without whom important decisions in the eurozone can hardly be made, since Germany is the main donor and guardian of the European Union, is portrayed with Nazi mustaches and in Nazi uniform. In Greece, the last parliamentary elections were held three times: the people do not believe politicians for a long time. In this situation, the economic crisis is mixed with the political. The latter is a signal "bell" to the fact that the European Union is reeling, and the forecasts of Lars Christensen, a resident of prosperous Switzerland, may come true very soon.

Observed and translated by Oleg Chuvakin
- especially for topwar.ru
Ctrl Enter
Noticed a mistake Highlight text and press. Ctrl + Enter
We are
Germany and the euro: together or apart?Results of the week. “Your house is a prison!”
35 comments
Ad