Mohammed is the most common name in Europe 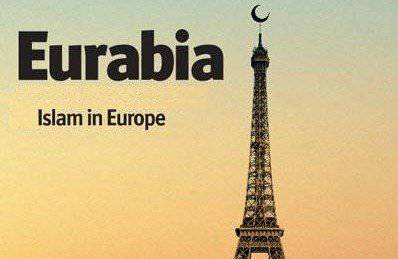 The old Europeans are in trouble again - according to a report from the Netherlands Social Security Authority, the name of Mohammed has become the most popular male name among newborns in Amsterdam, The Hague, Rotterdam and Utrecht.
The name Mohammed sounds most often in the maternity clinics of the Belgian Brussels and the Norwegian capital Oslo. The name of the Great Prophet remains the most popular among the newborns of Italian Milan and Swedish Malmo, and in Great Britain it generally ranked first in the national standings.


Formally, Harry remains the most common name among British newborns, and the name of the Prophet is not even included in the top twenty. What is the secret of focus? The name Mohammed has a dozen different spellings: Mohammed, Mohammed, Mahomet, Mahmoud, Mehmet ... the sum of these combinations is guaranteed to provide Mohammed with leadership in the ranking of the names of the little Britons. For obvious reasons, the National Statistics Office of the United Kingdom (Office for National Statistics) hides the scale of the demographic catastrophe, continuing to murmur the soothing mantra of political correctness. 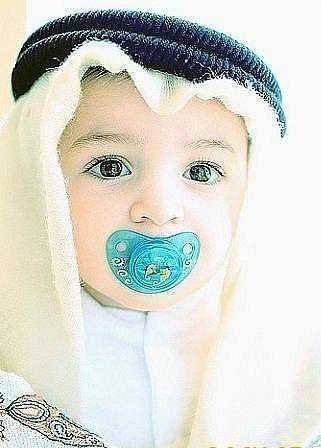 However, why exactly Mohammed? The worse Ayub, Hamza and Amin - all three are among the ten most popular names for newborns in Brussels, the capital of European bureaucracy. And how poetic and Oriental subtly sound Yasmin, Aya and Iman! The three most popular names among small Belgians.

Author! Immediately set aside these xenophobic jokes! What is the discrimination by name and surname? What difference does the Europeans call their children? Can they now have a fashion trend: to give names with an oriental touch. A Swedish court has recently banned giving the name IKEA ... and poor parents have no choice but to name the child Muhammad.

Better give the floor to a reputable expert -
Anhem Khudari, a former lawyer, father of four children. Unemployed. He lives in a social mansion in Leytonstone in the east of the British capital (the market value of housing, in which the Khudari large family is living, is £ 320 000). Anhem does not need to go to work every day: for the year he receives social benefits in the amount of £ 25 000 (≈ 1,2 million Russian rubles) - in fact, not so much for London. To taste all the delights of British life will require a minimum of 2 billion dollars (the exact amount knew Boris Berezovsky).

However, instead of gratitude for all the benefits provided, Anhem Khudari aroused the indignation of the British public, designating his social benefit as "jihad allowance." An extremist fanatic regularly insults working Britons, calling them "slaves." In his hot sermons, Ankhem Khudari argues that the damned “infidels” (infidels) are obliged to pay the orthodox Muslims a “jihad allowance”, thereby financing the war against themselves.

It is difficult to understand what is going on in this man’s head, but judging by the fact that his ugly trick remained unpunished - Khudari and his followers have every right to receive “jihad allowance” from the British state. The British were not even embarrassed by the fact that at the beginning of his sermon, Khudari called Queen Elizabeth II a "freak."

Returning to the problem with the popular name Mohammed, Khudari happily reported that 30% of the population of Brussels and 40% of the population of Amsterdam are faithful Muslims. The birth rate of Muslims will soon cover Europe like a tsunami! - Ahmed Khudari triumphantly concluded his speech under the deafening applause of his theory.
Broad masses learned about the existence of Ahmed Khudari from the British tabloid The Sun. The extremist preacher revelations are not new, but European governments are not taking any measures to prevent the coming Islamization of Europe. 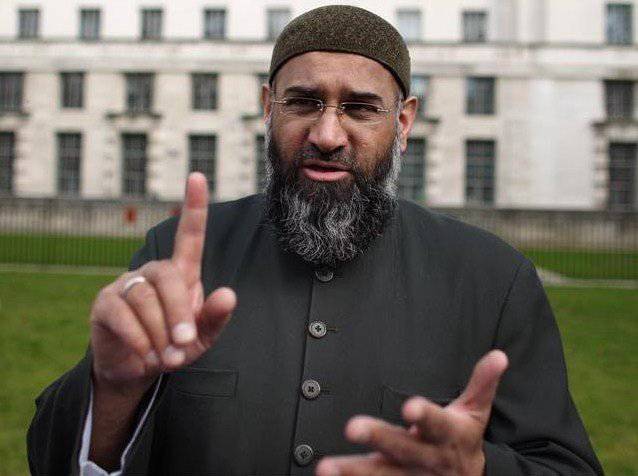 Now let's talk about the serious. Where two (three, four ...) ethnic groups interact, the national question will always arise. It will confine itself to harmless jokes about “Ukrainians” and “Armenian radio” or will grow into a bloody massacre with pogroms and total genocide of a hostile ethnic group - it depends only on the prevailing external conditions.

Nationality is an integral part of every person. And whatever happens, the Russian will always remain Russian, the German will be German, the Chinese will be Chinese. You are a part of your people, a representative of your ethnic group. And, no matter how hard the life of our emigrants around the Americas and Europe, in their documents will always remain the count Country of origin: Russia (country of origin - Russia). Sometimes a choice can be offered options: Black, Hispanic, White Non-Hispanic (black, Hispanic, European) - there is no hidden subtext here, to deny national differences as silly as organizing bloody feuds because of them.

Being far from the Homeland, among a foreign ethnos, each person becomes a Representative of his nationality - a carrier of national features and characteristics, the culture of his people, its advantages and disadvantages. Every time the appearance of a stranger draws heightened attention and arouses interest - such is the instinct laid down in people on a subconscious level. You are closely watched and strictly evaluated by your actions, often through the “prism” of national myths and persistent prejudices (a bear with a balalaika, a German gay parade, an American with legs on the table).

Your behavior forms the image of your people in the eyes of the surrounding foreigners. Therefore, being in the midst of another ethnos, one must be cautious in his words and deeds and in no case try to “crawl with his charter in another monastery” - such a situation is fraught with serious troubles.

The most surprising thing is that those who read this article know the aforementioned truths better than the author himself. But the followers of the British extremist Ahmed Khudari do not know this.
It makes no sense to urge Europeans to observe “standards of decency” and “respect the values ​​of another culture” - Europeans are already extremely polite and tolerant with representatives of other nations. The problem is that people from Asian and African countries, whose life is determined by the clan mentality and a set of rigid values, do not want to hear about “equality of cultures”: the faithful are “cursed kafir”. 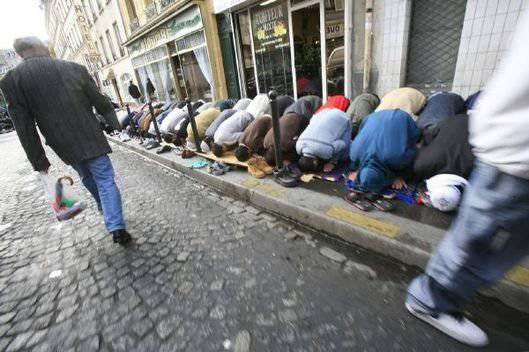 Despite various social benefits and “assimilation programs,” these people deliberately oppose themselves to European civilization. Why? The answer is simple: European governments are crazy - instead of literally restricting migration, rigidly suppressing radical sentiments and reducing benefits that corrupt the souls and bodies of migrants, the European bureaucracy is obsessed with the idea of ​​political correctness, which only contributes to the growth of religious fanatics.

But why does natural assimilation not occur? You cannot leave your people - but your children and grandchildren can do this: having received education in a new country, brilliantly fluent in its language, breathing in a new mentality - the descendants of migrants become indistinguishable from the indigenous population. Generation after generation, the distinctions are erased, the skin and hair become darker or, on the contrary, lightens, the eye shape changes. “Scratch the Russian - you will find a Tatar in it” says popular wisdom. All great nations - an alloy of dozens of different cultures.

Why is nothing similar happening in modern Europe? Is it really all about religion?

The holy book of all Muslims gives a clear answer: religion is a personal matter. Islam is not the cause of the irreconcilable contradictions of the East and the West. It's all about the "cover" in which the Koran is published. The color of the Quran - from neutral green to purple with traces of blood - all this is determined by the personal interests of the powerful and the mentality of the peoples professing Islam. In mosques on the territory of the Soviet Union and Russia, they never heard of Wahhabism and Salafis until young and hot imams appeared who had completed training in the religious centers of Iran and Saudi Arabia.

Any of the world religions - a huge array of information, a palette of events and a kaleidoscope of ideas in which everyone can find what he is looking for. You can meet St. Francis - the founder of the Franciscan order, full of an ascetic who read sermons to forest animals. And a number of his contemporaries - inquisitors, who turn a person into a screaming piece of meat.

For each of the world religions, you can find any interpretation and send its followers "in the right direction." In the vast information volume of Islam there is convincing evidence for any theory. How can a shahid with a clouded gaze and a belt bomb exist, and Sheikh Saeed Afandi Chirkei, who said that “if a killer enters my house, I will not even move - Why would I be responsible for his blood in the next world? Let him answer for mine. ” (Sheikh Saeed Afandi was blown up in his home on August 28 of the year 2012).

Objectively, there are no Muslims themselves to blame for the problem of Islamization of Europe - they do exactly what the basic human instinct dictates: they expand their living space. Do it tough, aggressive, uncompromising. Sometimes completely disgusting ways. But it would be strange to rebuke Muslims, if the whole nature of the planet Earth is arranged in this way.

The problem lies in the strange reaction of European governments: instead of adequately resisting external aggression and protecting the interests of indigenous Europeans, politicians limply admit crowds of migrants into the European Union and do everything to mutually reject the two cultures.

7 July 2005 of the year. On the streets of London traffic collapse, the subway stopped, cellular communication was disconnected. The air of the British capital is filled with fear and howling of police sirens, there are not enough places in hospitals - resuscitation brigades continue to bring victims. The whole world went around with the destroyed subway car and a double-decker bus torn in two. Inhuman strength, in one of the cripples of all crippling, inhuman strength living force dropped from the Earth. And the promised meeting did not protect anyone in the distance, And the hand calling in the distance did not protect anyone ...

Four explosions claimed the lives of 52 Britons, and about 700 people were injured of varying degrees of severity. But what was the surprise of the whole world when it turned out that all four suicide bombers Habib Onf, Mohammed Sidik Khan, Jermen Lindsey and Shehzad Tanver are subjects of the British crown! Moreover, all of them, except Jermen Lindsey, were born and raised in the UK.
How so? - the British are still surprised - It was our guys!

Not yours. Draw conclusions. 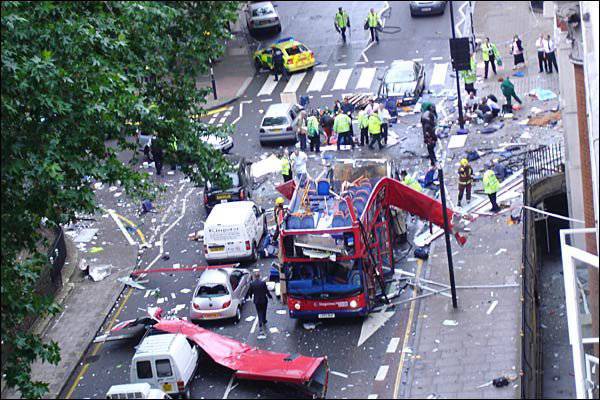 Ctrl Enter
Noticed a mistake Highlight text and press. Ctrl + Enter
We are
Situational analysis of the death of the MH17 flight (Malaysian Boeing 777), made on the basis of engineering analysis from 15.08.2014Armed Forces of the Benelux
243 comments
Information
Dear reader, to leave comments on the publication, you must to register.