Dmitry Livanov: you are hard, the reformed hat ...

April 3 2013
47
The department that received the invisible palm in terms of the number of scandals per unit of time “from the hands of” the Ministry of Defense after the removal of Anatoly Serdyukov from the last one is the Ministry of Education and Science. The new minister, who replaced both the tail and the mane of the criticized Fursenko, initially seemed to be the educational and scientific environment of his boyfriend - physicist, doctor of science, former rector of a Russian university. Many representatives of the education system considered that after Minister Fursenko’s office ended, the era of dubious reformist manifestations was gone, which often hurt the educational segment and the prestige of Russian education. We decided that together with the arrival of Dmitry Livanov, other times come to the Ministry of Education and Science, which will breathe in the life-giving moisture into the educational and scientific environment that is fairly stagnant in the regime of constant pseudo-reform. 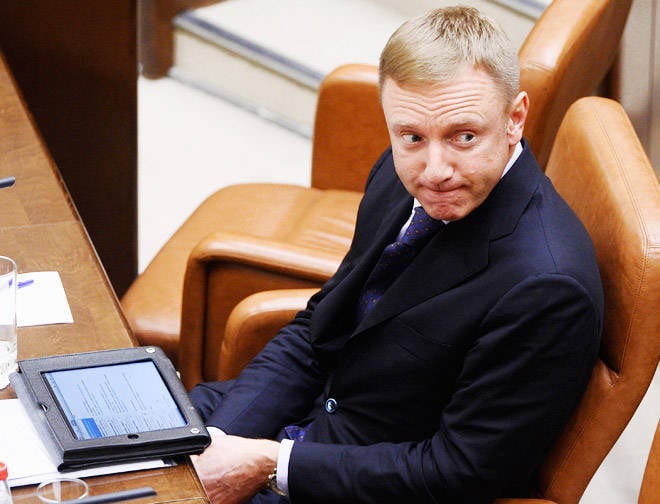 However, the new minister already after the first episodes of his activity in the Ministry of Education and Science forced the scientific and educational public to look at themselves with obvious suspicion. The words and deeds of Mr. Livanov were in a strange way conforming to the management canvas that his predecessor had been building over the years. And if initially it might have seemed that the new minister had simply not yet had time to get into work, and therefore he indulges in words combined with Andrei Fursenko’s educational policy (as if moving along with the department along the “Fursenkov” inertia curve), then the personal position of Mr. Livanov. And it turned out to be very doubtful.

What is worth only the adopted "Law on Education in the Russian Federation", developed in the depths of the Ministry at the time when it was headed by Fursenko. Not only did this document be accepted as if the parliamentarians were running off milk from home plates, but also the public discussion of the document that was announced was reduced to the option “we conferred here, and I decided” ... Yes - the draft law was indeed sent on educational institutions of the Russian Federation with a request to make those changes and additions that teachers and other competent persons saw as expedient, but in the end it turned out that not a single really significant proposal “from Izov "in this document are not taken into account. Yes, and with an explanation of the global changes that should occur after the adoption of the Law on Education in September 2013, everything turned out to be confusing, to put it mildly. Requests to educational departments of the subjects of the Russian Federation remained unanswered. Whether they themselves do not know for sure what everything is headed for, or there is some general taboo on the coverage of this path ...

Against this background, a strange hunt began for inefficient universities, about which Dmitry Livanov blew his horn. The strangeness of it lies in the fact that representatives of the Ministry of Education and Science suggested such criteria for evaluating university efficiency, according to which the percent of 80-90 Russian higher schools could be easily regarded as ineffective: somewhere there are not enough foreign students, but The input score for the USE, in the opinion of the Minobra, was lower than some hypothetical minimum, about which, by the way, no data has yet been published. No - no one argues that the darkness of the darkness has divorced universities in Russia, and that it is necessary to leave out of this more than a thousand set of real “combat-ready”. But the criteria of efficiency from the Ministry of Education, not just "thin out" the country's universities, they deal a crushing blow to the provincial high school, leading to endless enlargements, joining and other optimization things. As a result, even those universities that have almost a century old are subject to reforming (read - reduction of staff and joining other universities) history training specialists in various specialties. Since 1 September 2013, the Borisoglebsky State Pedagogical Institute, which has been going on since the beginning of the 40- years of the last century, ceases to exist. The institute has been teaching for more than 70 years mainly for rural schools in the Voronezh, Tambov, Volgograd, Saratov and other regions. Today, apparently, rural teachers in Russia are not needed at all - you need to pay more, provide housing ... For the Ministry of Education and Regional Budgets, one headache from these rural teachers ...

In 2012, the interdepartmental commission recognized that BGPI, as well as several Voronezh universities (VGPU, Lestekh, VGAU turned out to be ineffective), and therefore since the fall of 2013, they may be in the enlarged Voronezh State University. As a result, only one BGPI loses over 30% of the teaching rates, which naturally leads to massive reductions.

At the same time, in Voronezh and the region, non-state commercial universities continue to function actively, to which virtually anyone can be admitted for training - there would be money. In one of the regional branches of a commercial high school, classes take place in a building where offices of private companies are located on the ground floor, and in the basement there is a pizzeria and a shop for hunters and fishermen ...

At the entrance to the university - two girls, inhaled by cigarettes. When asked about their studies, they say that they pay about 20 thousand rubles a semester, and they can afford to pay for these small (according to students) money no more than once a week or even two. The lessons of physical education are held in the corps of another university - by the way, the one recognized by the Ministry of Education and Science as ineffective, but again, according to the girls, only the “right” go to physical education, and all “normal” at that time can either in the Internet cafe sit or go home in general.

Further information received from students of a Voronezh commercial high school looks even more impressive. It turned out that they entered the university after completing nine classes of school and two vocational school courses. On the question of when and how they passed the exam, the students only smiled, saying that they could do it without the exam, so they study it in a commercial, not in a state one. As one of the interlocutors said: it would be cheaper to study here - paid and numbered ...

The situation with disbandments, consolidations, mergers and other optimization matters today is characteristic of literally all Russian regions. In particular, not so long ago, a document was issued by the Ministry of Education and Science about the need to unite two Tambov universities: Tambov State University and Tambov State Technical University, which resulted in a real confrontation between the ministry and university groups. After the defense of their institutions of higher learning by teachers and students, the Ministry of Education and Science was forced to withdraw the merger order. However, what was possible in Tambov, could not be done in other regions. The Ministry of Education and Science, headed by Dmitry Livanov, decided to start using a repressive mechanism, up to and including the deprivation of the license and criminal responsibility of university leaders in case of disobedience.

Until recently, Russia was puzzled over why at many state universities, among which there are quite a few famous ones and those that have a rich history, the Livanov department puts an end to it, but for the commercial education sector, everything looks cloudless. Why do some people unite and reduce the number of teachers' rates, while others (of a very doubtful type) turn a blind eye? ..

The situation cleared up after the minister on the air of one notorious Moscow radio station issued his scandalous statement about the fact that the days of the Russian Academy of Sciences are actually considered that it is also ineffective, and that all Russian science should be brought to university bread. In other words, the idea of ​​Dmitry Livanov fits in with the American scientific option, when all scientific luminaries are born and progress in the depths of educational institutions (universities), and where there is no academy of sciences at all. Like, look at the West: there are no academies of science as such, but science is developing at a rapid pace. So let's, they say, and we RAS liquidate ... uh, excuse me, optimize, and assign all academics to universities that have been enlarged by our own hands.

So the answer is: it turns out that this is literally his fatherly concern for Livanov to save budgetary funds — to remove the RAS, to consolidate universities, thereby reducing the level of state support to “new” (you know) indicators. The Minister, then, is saving a state penny. Who will remove it after this? ..

Outraged by the insults of the RAS, expressed by the Minister of Education, world-renowned academics sharply criticized his ideas. The main Achilles' heel of Livanov’s proposal is that comparing the level of funding for universities in the United States and in Russia is simply ridiculous. The entire Russian Academy of Sciences (together with its academicians, projects and other things-other) is funded (according to its representatives) at the level of 60 billion rubles a year, which is less than the annual budget of one (not the largest) US university. At the same time, the volume of private investment in Russian universities 1000 is a multiple of the level of investment in Western higher education institutions. Let the Ministry of Education and Science first attract private capital to universities, and then declare the need to copy the American scientific system, they answer in the RAS.

But what about the Ministry of Education will attract private investors to Russian science? If so, as in the example of one of the commercial universities - permission to open pizzerias, cabarets, sushi bars or massage rooms in university buildings, then ... do universities need such investments. Not needed if their leadership respects itself, its employees and students, and not just bank notes.

After this scandal, the outstanding Russian scientist Zhores Alferov (Nobel Prize Winner in Physics) came out of the Public Council of the Ministry of Education and Science.

But the response of Dmitry Livanov:

In connection with the upcoming elections of the President of the Russian Academy of Sciences, Z.I. Alferov decided to leave our Public Council. We will look for a new chair.

So it turns out that the Minister sees the reason for Alferov’s exit from the OS ...

Academicians of the Russian Academy of Sciences stated that it would be a good idea for Livanov to apologize for the words addressed to the Russian Academy of Sciences, which dates back to St. Petersburg Academy, opened in 1724 year. And Livanov apologized. Only in such a way that it would be better not to do this at all ... Here is one of the quotations of the Lebanon “apology”:

"... in general, the system of organizing the work of scientists of the Russian Academy of Sciences is not modern, is not effective, does not meet international standards."
Apparently, the laurels of the previous reformer of the educational and scientific environment, Dmitry Viktorovich (the son of the general designer of the AK im.Ilyushin and the grandson of the colonel of the KGB) do not give rest.

A sharp reduction in the number of state universities, the disbanding of the Academy of Sciences, curtailing the programs of elementary vocational education for the sake of some half-witted Western educational standards ... What's next, the Ministry of Education and Science? Reproduction of commercial half-universities-half-CPS. Why? - the main thing is - self-repayment ...

Ctrl Enter
Noticed oshЫbku Highlight text and press. Ctrl + Enter
We are
What happens if the Minister of Education Livanova is dismissed?Another Penalty Ministry
Military Reviewin Yandex News
Military Reviewin Google News
47 comments
Information
Dear reader, to leave comments on the publication, you must to register.