Eurasian political science. Termination of the broadcast of the First Channel in Kyrgyzstan and the problem of non-ascending 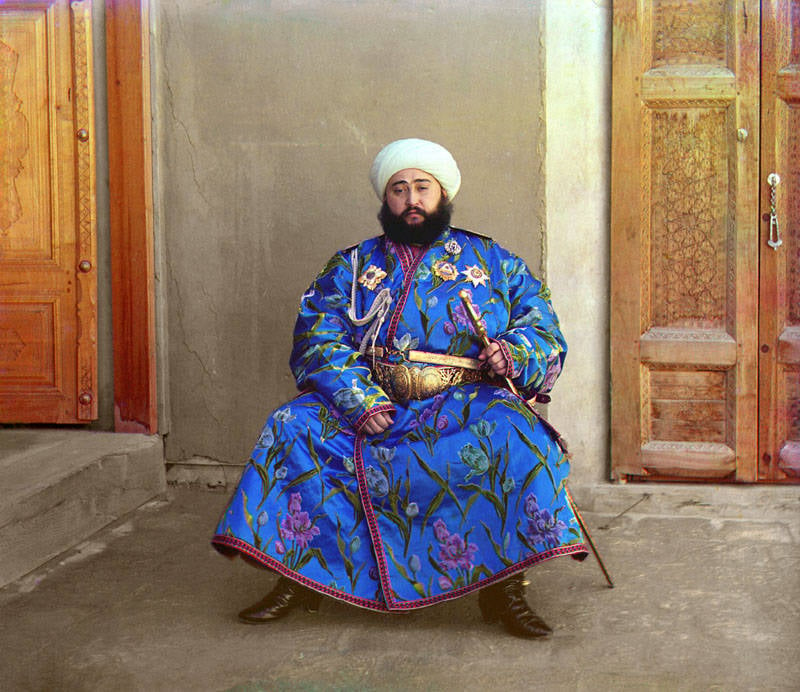 In Kyrgyzstan, the First Channel of Russia will probably not be broadcast. At one time, the broadcast was organized by a whole presidential decree, in connection with which additional expenses fell on the budget of Kyrgyzstan. The problem of closing the broadcast was decided simply - the Ministry of Finance refused to pay.


On the one hand, of course, the situation is stupid: why should the already meager budget of Kyrgyzstan pay for the broadcast of the First Channel in the amount of 50 million soms (about 30 million rubles) annually? It is obvious that the broadcast of Russian TV channels within Eurasia is in the interests of Russia's information sovereignty. Under the conditions of the 21st century, it is no less important than sovereignty, military or financial.

But, on the other hand, the broadcast of Russian television is in the interests of Kyrgyzstan and the local authorities, because if the course for the Customs and the Eurasian Union is chosen, then Kyrgyz citizens need to learn to live in the union information space. And as long as we do not have allied TV channels, the role of those is performed by the Russian ones. With all the questions to the top managers of Russian media - we do not have other mass information resources for Eurasia.

Therefore, I repeat: the situation is stupid. Of course, it is not so neglected as in Moldova, where a wave of anti-Russian pro-Romanian propaganda is being driven right on the First Channel, but, nevertheless, leaving an unpleasant aftertaste. And the situation is doubly unpleasant, because no one asked the citizens of Kyrgyzstan proper whether they wanted to watch Russian television or not.

Neobasmachestvo as a threat to the state and the Union

President of Kyrgyzstan, Almazbek Atambayev, you will not envy. On the one hand, it faces the task of integrating Kyrgyzstan into the Customs, and then into the Eurasian Union. And he got not just a deplorable economy - he had to manage the republic, in fact, torn to the North and the South, and even survived several political crises, during which the presidents were sent into exile.

The socioeconomic crisis that the third president of Kyrgyzstan is dealing with is conditioned not only by political-economic prerequisites, but also by national specificity. My Kyrgyz colleague, Mars Sariev, with whom I closely consult on the internal political situation, is convinced that the fault of all political crises is the internal structure of Kyrgyz society, which is simply incompatible with the modern state.

I will not litter the heads of readers with the ups and downs of Kyrgyzstan’s internal politics and conflicts between powerful families and clans. This is not at all a unique problem, Nursultan Nazarbayev faced the same problem and left it at the expense of setting large-scale goals that break the existing clan-family system and allow the sovereign ruler to take a position outside of clan fights. Our colleague from Kazakhstan, Vladislav Shpakov, believes that at the first stage such a super objective was the creation of a new capital. That is, as the experience of Kazakhstan shows, the problem of a clan-family society is not always a dead end.

In addition, the problem of the traditional structure of Kyrgyz society and its resistance to the state is not new. So, almost 100 years ago, a native of Bishkek, Mikhail Frunze, wrote to Lenin in a memorandum that “Basmachi was an armed protest against new beginnings on which a new life should be built.”

By and large, those who are now engaged in the restoration of Kyrgyzstan, faced with the very kind non-aggression, which is firmly rooted in any traditionally-family society.

It is clear that now there are other times and other methods of restoring the state. But this does not change the very essence of the resistance of national elitist states to the state.

The president of Kyrgyzstan was in a difficult situation. On the one hand, he needs to restore the state. On the other hand, he is clearly trying to maintain a consensus among national elites. It would be naive to believe that Almazbek Atambayev will succeed.

The consensus of elites in the conditions of non-Passoverism will not lead to anything good. For one simple reason: the majority of the population is dissatisfied with what is happening in the republic. And quite reasonably he connects this with the position of the president, who he perceives as one of those very non-members and representative of an influential family. And the more President Atambayev will play in the consensus of the elites, the greater will be the growing discontent of the population. In the end, his image will become mostly non-assertive, as such an image of Presidents Akayev and Bakiyev formed in his time.

One of the main conditions for the formation of neo-feudalism and its Kyrgyz form, neo-asism, is the closeness of society. The more Kyrgyz citizens are immersed in the national, republican agenda, the more traditionally-clan will Kyrgyz society be. And all the more President Atambayev will be vulnerable.

Try to live half a year in the conditions of immersion only in the regional political agenda - even in Odessa, even in Tver, even in Bishkek. If every day you see people on TV who play the role of politicians, about whom you know who, how much and where you privatized and copied to whom - in half a year you will have nothing left but hatred for these people. And most likely, this hatred will be personified in the person of the mayor of Odessa, the governor of the Tver region or the president of Kyrgyzstan.

The Kyrgyz president faces serious challenges: to bring the degraded republic to the Eurasian Union. To bring, showing that he, Almazbek Atambayev, is an ally of Putin, Lukashenko and Nazarbayev. And not just another Akayev-Bakiyev.

But for this, he will need to choose on whose side he is in the republic — the national elitear neobasmachs or on the side of the people. People, which meanwhile sees in it the same elitist, as well as the others. And I must see the head of state, who is moving towards his super goal.

Therefore, instead of stopping the broadcast of the First Channel, the Kyrgyz president should expand the information presence of Russia and its allies in Kyrgyzstan. The cable networks of Kazakhstan and Belarus should appear in the cable networks of Bishkek and other large cities. And not by the will of cable operators, but with the filing of the state.

Because, in fact, the question is not 50 million soms, which were paid by the Ministry of Finance of Kyrgyzstan for the broadcast of the First. Considering how much Russia invests in Kyrgyzstan, it is clear that the negotiations that were conducted correctly would have removed this question. Because 50 million soms is nothing compared to projects implemented in the region.

The matter is in the principles of the union information policy. And the role and place of information technology in the elimination of neobasmachestvo, which Almazbek Atambaev sooner or later will have to do. Because otherwise neobasmachestvo will be engaged in Atambaev.

Ctrl Enter
Noticed a mistake Highlight text and press. Ctrl + Enter
We are
What you didn't want to know about EnglandEurasian political science. Why do we care about the future superwar in Central Asia
61 comment
Information
Dear reader, to leave comments on the publication, you must to register.