April 2 2013
18
The role of women in intelligence activities is often covered with darkness, many of them forever disappear, leaving almost no trace of themselves. It happened with the Russian intelligence officer during the First World War, which became known as Anna Revelskaya. Until now, it is not known for certain whether this character was real or fictional. No documentary evidence or photographs of Anna Revelskaya has been preserved. In part, this may be due to the conduct of hostilities and heightened secrecy of operations, in part due to the fact that the Russian intelligence archives suffered greatly as a result of the revolutionary events of the 1917 year. Now, almost 100 years later, it is not possible to establish the real name of this scout, as well as the details of her biography.


В history During World War I she entered under the name of Anna Revelska, and in Libau, occupied by German troops, she was known as Klara Iselgorf. Later, Valentin Pikul revived her image in his historical novel “Moonsund”, while at the same time working on his novel he tried to make extensive use of German sources of information, including the memoirs of the leaders of the Austro-Hungarian and Kaiser special services, including the memories of Max Ronge and Walter Nikolai. The writer did not invent his heroine and her fate, although he decorated her with a number of picturesque details.
The main merit of the Russian intelligence was her role in disrupting German plans for a breakthrough fleet to the Gulf of Finland and to Petrograd. On her personal account, you can record the destruction of almost the entire squadron of the latest German destroyers, which were blown up on Russian mines and the provision of information about the date of the Germans' Moonsund offensive operation.

Little is known about this lady, it is assumed that she came from a wealthy Russian family who had their own possessions in the Baltic States. According to other sources, she was Latvian or Russian German. She graduated from high school before the war and knew several European languages, including German. They described her as an attractive and graceful woman, literally health-giving. 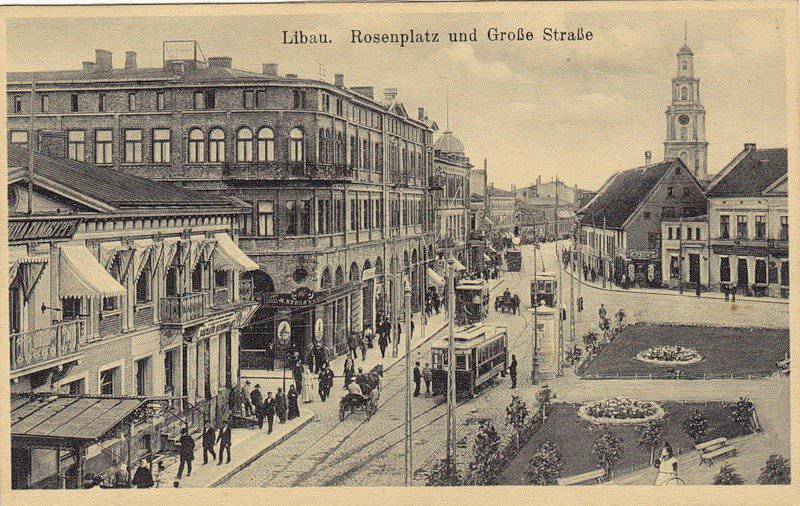 As early as in the spring of 1915, before the German large-scale offensive in the Baltic States, under the name of Klara Iselgorf, a Russian scout was arranged as a keeper in a port café in Libava, which sailors like to visit. Having captured Libava (Liepāja) during the offensive, the Germans made it the base of the fleet. The Kaiser's brother, Grand Admiral Henry of Prussia, commander of the German fleet in the Baltic Sea, moved to the city with his headquarters.

Following the grand admiral, the city was filled with officers of the German fleet, and some of the German Dreadnoughts stood in its port. Thus, the officers of the German fleet soon became frequent guests in the institutions of the city, including the coffee shop on Charlotte Strasse, where they served good coffee, French brandy and delicious cakes. Many German sailors stared at the local pastry chef, and eventually one of them - Lieutenant von Klaus - falls in love with Clara Iselgof, who lives alone in Libava. As a result, Clara allows the lieutenant to stand on a stand in her apartment.

One day, she tells a German officer that before this she had an officer in the Russian fleet who had forgotten her leather bag at her home. The lieutenant, having shown curiosity, found in the briefcase of paper and maps the setting of minefields in the Baltic. Soon, these cards were transferred to the admiral. The information presented in them allowed the German fleet to hope for successful operations in the Baltic, as the Germans received passes to Helsingfors, Revel and even Kronstadt. The resulting maps and charts were sent to Germany and subjected to the most thorough analysis and verification in the General Staff of the Navy. As a result, they came to the conclusion that they are authentic, and the representatives of the imperial fleet themselves would have placed their minefields with minor changes in the same way. 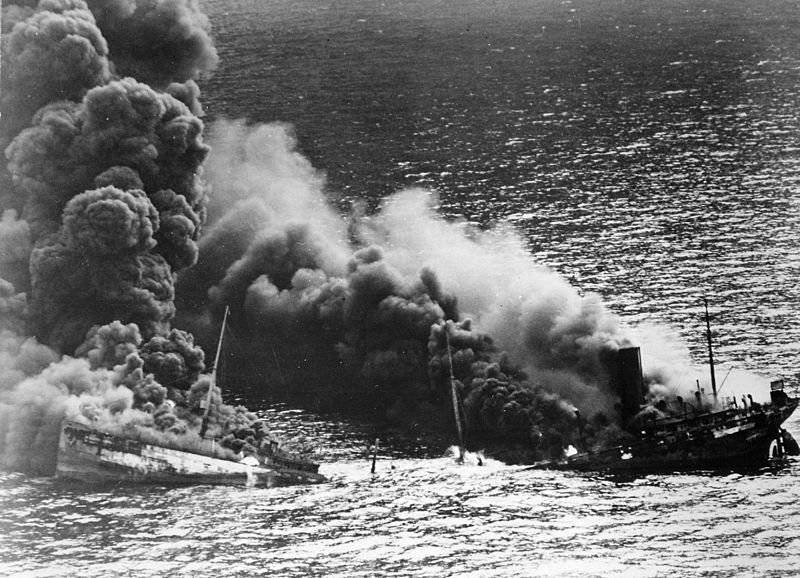 For additional verification of the reliability of the route, the Germans sent a destroyer 2 to explore, who successfully completed the raid. As a result, 10 November 1916, the entire 10 destroyers flotilla was sent to the Baltic Sea breakthrough, which was supposed to set up minefields on the fairways of the Gulf of Finland, Helsingfors and Kronstadt, sending everything that fell into its way on the bottom. The squadron consisted of 10 newest German destroyers (large destroyers) of the type S-53 and light cover cruiser "Strasbourg". When all the ships were already drawn into the “safe” passage indicated in the diagram, the Germans didn’t expect anything to happen: 2 of large destroyers were blown up by mines. However, the unit commander, Captain First Rank Witting, wrote off this episode as an accident, continuing the movement. As a result, only the 4 ship could return to the base. In one night, which was called the “Night of Shame,” the German fleet lost the newest destroyers at the Russian minefields 7. At the same time, Klara Iselgof herself safely disappeared from Libava.

The second time she appeared only in 1917, already in Sweden. 23 September (6 October in a new style) 1917, an unfamiliar young girl dressed in a veil of mourning came to the Russian embassy in Stockholm and asked for a confidential conversation with the naval attache. Captain of the 2 rank, Stashevsky, received her in his office. At the meeting, the woman stated that she was not authorized to go to the embassy personally, but circumstances force her to do so. She told Stashevsky that the 4 battleship of the Nassau type was already in Libava, and dreadnoughts like the powerful Bayern appeared there. Near Vindava there is an increased activity of the Germans. Suspicious drop-side barges, a lot of motorcycles and horses are transported on platforms from Germany. The woman asked to transfer to the Admiralty urgent information that 28 September, on Thursday (October 11 in a new style), the Germans plan to begin an unknown operation in the area of ​​the Moonzund Archipelago.

This information was transferred by the naval attache in Stockholm to the Admiralty, from where it was transferred to London with a request to help the Russian fleet and pull at least some of its forces from the Baltic. However, the British and Germans, in addition to mutual hostility, then existed another goal - to prevent the Russian revolution from spreading. As a result, more than one English ship did not move from its place. The battle for the Moonsund Archipelago began on 1 the day after the term Anna Revel called, due to the fact that the Germans spent more time than planned on mines. September 29 German squadron, which numbered around 300 various ships began a breakthrough, but met the heroic resistance of the Baltic sailors, who managed to delay the advance of the enemy and disrupt the operation to capture Petrograd. 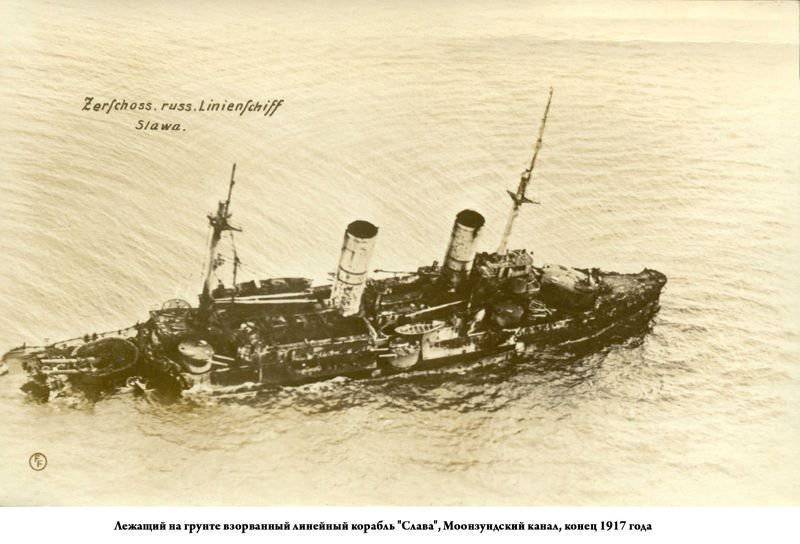 According to the Great Soviet Encyclopedia, the island’s garrison and fleet forces were able to destroy up to 10 destroyers, 6 minesweepers and damage the 3 battleship, 13 destroyers and the destroyer. As a result, the Germans abandoned plans for a breakthrough to Petrograd and on October 7 withdrawn fleet forces from the Gulf of Riga.

For many years, Anna Revelskaya fell out of history until she showed up again 17 June 1941 of the year in Berlin, almost a quarter of a century after the events of the First World War. An unidentified woman, 40-45, who identified herself as Anna Revelskoy, appealed to the Soviet embassy in Berlin, demanded a meeting with the naval attaché. The woman was received by the future Rear Admiral Mikhail Vorontsov, to whom an unknown person reported that on the night of 22 June 1941, German troops would invade the territory of Soviet Russia. Anna Revelskaya left the embassy, ​​without revealing the source of the information voiced to her. The woman explained her appeal to the naval attache by the fact that she was once connected with the Baltic Fleet. In 1941, Anna Revelskaya last appeared in public, what became of her in the future is unknown to anyone.