Developing a self-taught robot: DARPA runs the risk of crossing the line

April 2 2013
35
Defense Science Agency DARPA is preparing to launch an almost 4-year-old project to develop artificial intelligence that can self-educate and improve itself. 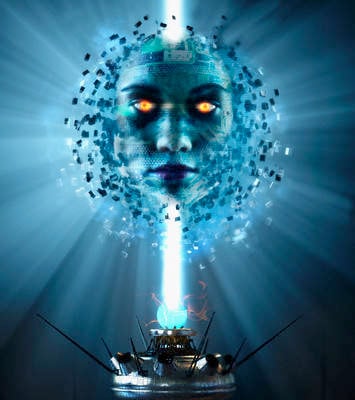 The new project is not about modeling the human brain and running the model on a computer. In the short term, this path is considered by many scientists to be a dead end due to the exceptional complexity of the human brain and the little known principles of how our mind works. DARPA plans to go a different way: build machines that will learn using probabilistic programming algorithms, that is, sift through huge databases and choose the best solutions to the problem. In the course of this work, artificial intelligence will learn and after some time will be able to easily solve simple tasks. It is with such projects in fiction novels begins the uprising of cars and the death of humanity.

The hardware of artificial intelligence can be varied: supercomputers based on multi-core processors, a network of ordinary PCs and cloud networks.

It is difficult to say how realistic it is to create such a complex artificial intelligence system in the next few years. Currently, there are many automatic analytical tools that facilitate the work of people, but so far none of them are capable of real self-learning. For the time being, the highest achievement of the technology of working with the database essentially remains the comparison of archived pictures with the image coming from the video camera. Therefore, DARPA emphasizes that PPAML algorithms will be much more difficult, in particular, they will be able to combine different types of information, independently formulate a request and formulate a solution based on the data obtained.

Ctrl Enter
Noticed oshЫbku Highlight text and press. Ctrl + Enter
We are
Scientists are scared by the threat from artificial intelligenceGiant leap in robotization
Military Reviewin Yandex News
Military Reviewin Google News
35 comments
Information
Dear reader, to leave comments on the publication, you must to register.