If world conflicts were in the chat ... 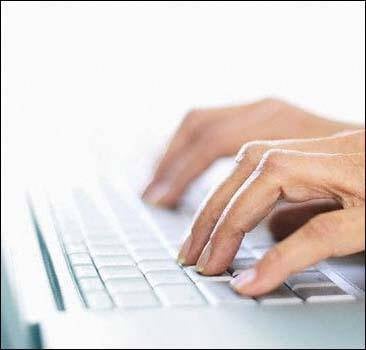 USA: Russia allows itself a lot, we will not give anyone an offense!
Russia: Merikantsy, you put your own missile defense system in your mouth there, otherwise we will block your missile defense too!
USA: Russian pigs, we will show you democracy! Give us our oil good, until the force is taken away!
Georgia: Russian goats!
Lithuania: + 1
Latvia: + 1
Russia: Fuck you ...
Georgia: Moderator! Russians are swearing again!
Ukraine: Russians, you will use foul language, we will join NATO.
EU: We already got the dog! ..
Russia: Everything, tighten the screws! Do not say you did not warn!
EU: We have something to do with it?
United States: Russian bummer. EU, where to put the rocket?
Poland: To us!
Czech Republic: To us!
EU: Can we not? Without gas, we will be tight!
Britain: Russian polonium poison everyone!
USA: This is terrible! Polonius is dangerous!
Japan: Yeah, it was only useful for Hiroshima, thanks to the USA! Russian, give Kurils, we have nowhere to breed!
Russia: Are you all stoned there or what? Moderator where to look?
USA: Such rhetoric is unacceptable!
Georgia: Russians bomb us !!! Help !!!
Russia: Georgians, are you all there, or what?
USA: Russians, watch the bazaar!
Russia: Fuck you all ...
And then on the hosting Chinese iron was covered ...

EU: let's see
United States: What to understand - Russia is to blame!
Russia: I agree with the moderator - let's understand why Georgia is to blame
USA: May Russia Calm Down!
Georgia: Russian bombed us - we have a picture!
Russia: Georgians - stick yourself this picture you know where?
EU: we like the Georgians picture
USA: Georgia draw more
Russia: and we have no pictures and you all went ...

Poland: and Russia sent us on the eda.pl forum
Latvia: + 1
Lithuania: + 1
Estonia: + 1
EU: 2 Poland - For what?
Poland: I do not like food
Russia: 2 Poland - Eat your rotten meat
EU: 2 Russia - easier with unsubstantiated accusations
Russia: 2 EC http ::: www.eda.plbrazilskayatuhlia ..._ granitse.html
EC: Phew! That's disgusting. 2 Russia and Poland - sort it out yourself. There is no eda.pl
Poland: I will complain
EU: Write esteemed.
Poland: And I will write, I will write about everyone!
England: + 1
Russia: yes, you can describe everything there!
England: 2 Russia And Nuk is fast in my mail ([email protected]) all my logins and passwords!
Russia: 2 England. And you went.
England: Moderators! Russia violates everything you can! Where are you looking!
US: + 1
Russia: England hackers covers. Http://www.ukberezovskiyzakaev_terrorist.php
EC: All personal claims in the mail.
Russia: First tries! We accept congratulations - 1 million km. The Arctic is now ours. If anyone does not believe, let him dive on 4 km. and there he will see our tricolor. Chillingarov taxis!
USA: Our President is interested: Where is the Arctic?
Russia: Where dofiga oil and gas, but not in Iraq
USA: Lies! Norway says there is only Norwegian salmon mined there.
Russia: Amendment: Russian salmon. And oil and gas. Russians. And diamonds. And many other goodies. So where are the congratulations?
Canada: -1
Norway: -1
Iceland: -1
Sweden: -1
Finland: -1
Denmark: -1
US: It is not legitimate!
Russia: You dive on 4 km. first and then speak.
USA: Moderator, take action, we dived in and saw that the entire bottom of the World Ocean was stuck with Russian flags!
EU: Russia, everything is not enough for you!?! Well, what the hell is this akyian for you?
Russia: "And I will become the mistress of the sea, and the United States will be on my packages!" Pushkin said that you know.
USA: Do not dig! Better admit that the floor of Georgia was bombed.
Russia: Our President is interested: Georgia is where it is?
US: ... is it ... well ... somewhere in Georgia?
EU: In general, there are many controversial issues: where is Georgia, where is the Arctic, etc. Need independent experts, etc. To the rules of our forum.
Russia: Ok. Let the experts. We do not care, the box is worth it. With the message of experts, by the way ...
USA: We are against anyway!
Russia: Merkrians, shut up! For the Lomonosov Ridge, according to our estimations, stretched to Venezuela itself. Those. This whole territory is a continuation of the Siberian continental platform. Draw conclusions!
Venezuela: + 1
Georgia: Moderator and why the UN is silent
UN: let's not rush and learn everything
Georgia: and what to study - we have a rocket and a picture
Russia: a picture in the ass, and show the rocket
Georgia: we will throw a rocket in your ass
Russia: where is RAKETA
Georgia: what a rocket we lost, why do we need a rocket - we have a picture! And you show us your pictures ???
Russia: And we have no pictures and you all went ...
UN: Can anyone else have a picture
USA: now draw and bring ...
EU: UN banned on the forum is forbidden to think!
Papua New Guinea (newbie): agree with Georgia show pictures
Rwanda: + 1
Somalia: + 1
Estonia: Papua New Guinea, Rwanda, Somalia, guys and where are you from? Okay, we are a big European country! but where are you going? ....
Latvia: + 1
Lithuania: + 1
US: Somalia, and uvas oil there? ... this is me, just asked .... to maintain the conversation ...
Russia: the United States, by the way Somalia in general is the ancient homeland of the Chukchi and there already is our flag ....
Somalia: oh well?
USA: Russia, yes you have calmed ....
Russia: the United States can offer Madagascar, the flag has already been removed from there .... Especially since you have a cartoon about them!
USA: well, let's go to B-mail ... we will agree there ...
Madagascar: + 1
China: Hello, donkeys!
Russia: But-but, I'm here too.
China: Hello to you, little brother!
USA: We will not go to the Olympics and force all of you to boycott you!
China: Dulu to you. We have 1,5 trillions of shares of your monsters. Throw, nafik.
Russia: + 1
Belarus: + 1
USA: Come on, a joke of humor.
EU: Be mutually polite.
China: And for you.
Russia: Ideals betrayed?
China: restructured. And you still in the pope.
Mother of the Cheese Earth: once ... sit down, move on to Asia
Heavenly Chancellery: in-and-a from us on an apple, i.e. kumpolu
Mother of the Cheese Earth: why are they poking me the flags?
Aliens: gee
Estonia: 2 Aliens: we are a ffelik earth nation that opposes everyone in its development .... please please tell Russia ....
Latvia: + 1
Lithuania: + 1
Aliens: at the request of European sexual minorities with fluorine tungusky charge !!!!
Labrador Koni: a system of land reversal for the application of the second Tunguska on the territory of the United States launched
Mother of the Cheese Earth: YES WRONK YOU No.; No.;%;%?%? for the lomonosov ridge
USA: where is our missile defense !!!!!
EEC: in ... orgy your missile defense
USA: AAAAAAAAAAAAAAAAAAAAAAAAAA
Aliens: - dudes, in the same place ours with 1953 in the hangar is tormented, pretends to be pretending, unfold !!!!!!!!!!!!
Lithuania: watt oppt Russia got meteor shower for making wishes
USA: Phew !!!
ALL, except Lithuania: + 1
Somalia: so we are talking about
EU: on the role of sexual minorities in geopolitics
Russia: 2 Estonia - you are there that completely fucked up with aliens
Estonia: moderator calm Russia
Estonia: 2 Russia - I'll hurt not let us build a gas pipeline along our land (or our water)
Germany: 2 Estonia - you are there that completely fucked up with your water

Georgia: We, so be it, will not enter into a large-scale armed conflict with Russia. Wah!
Russia: Phew! ... carried by! Thank you, Good Ehh! But aren't you partisans here just in the Novgorod region?
Georgia: You derail your own trains!
US: ...
Russia: How do you know about the train? We did not say anything ...
EU: Guys, let's live together!
Russia: Moderator caught plagiarism!
EU: Sorry, "***" (c) Leopold the Cat, ps, xNUMX, s.136
Russia: Our President said: "Punish the innocent, encourage the uncomplicated!" T.ch. pray and tremble!
USA: Hey, Russians, our expedition went to clean the Arctic from the garbage flags!
Russia: Well, well ...
US: Do not you scared?
Russia: Let the one who will polonium flagpoles clean up is afraid
USA: F * ck! ..
Denmark: F * ck! ..
Finland: F * ck! ..
Norway: F ​​* ck! ..
Sweden: F * ck! ..
Estonia: F * ck! .. F * ck! ..
Lithuania: F * cki! .. F * cki! .. F * cki! .. F * cki! ..
Latvia: F * ck! .. F * ck! F * ck! F * ckF * ck! .F. * Ck! FFFFFFFFFFF! ya stronger ffseh potterzhala world community))))
The Russian Embassy in Washington accuses the Washington Post newspaper of its biased attitude towards Russia
Commenting on the article "Washington Post" entitled "Russian aggression? Another attack on Georgia," it is noted that the statements contained in the publication "are based on biased facts"

Georgia: the whole world knows that we were attacked. Even in America they wrote about it in the newspapers!
USA: yes yes they wrote on the front page
Russia: 2 Georgia is in Russia on the walls and it’s not like that
Russia: USA 2; specify the translation; we attacked Georgia or Georgia. and then we have these affairs different departments involved. I don’t know whom to ask, whose enthusiasm to punish is not clear ...
Georgia: Listen up. Everyone - international experts confirmed that the plane flew in from the Russian side - more than three times ... and for the third time fired a rocket, RUSSIA AGGRESSOR
EU: 2 Russia you are conscious ???
Russia: this is not ours - ours either shoot right away or measure seven times
Georgia: no, yours - we have radio interception. Team from the ground - "FOR THE ACCOUNT THREE XU ... s"
EU: Russia, shame on you ...
Russia: WE EVER DETERMINED. WE Fired NOT FROM GEORGIA, BUT ON FRIENDLY OSSETIA (CAPTURED BY GEORGIANS)
Ossetia: we are not against
USA: Ossetia is where
Russia: Ossetia is in Russia, not in Georgia, so all is well

EU: Attention to all forum participants! According to the special commission, not a rocket, but a polonium flagpole with a Russian flag was dropped from the Russian fighter onto the territory of Georgia! That was the reason for Georgia’s speedy destruction of the rocket, ... ugh! Flagstaff!
Georgia: I propose to consider this a nuclear bombing!
Japan: + 1
United States: Russian bummer! Already the flags of the aircraft shed! We just do not understand what they mark?
Russia: Georgians, return the flag! And better put in place!
England: According to our intelligence Mi-6, Russians are marking the venues for the 2014 Olympic Games of the year!
EU: Nonsense! Sochi Olympics will be held, not in Georgia, and certainly not in the Arctic! ... No! .. It can not be! .. Really!?! You want to say that ... Oh, horror !!!
USA: F * ck!
Georgia: O, my God!
Russia: Bl *, we got a "mole" ...
International diplomacy is such a flood forum at the macro level.
+1

Ctrl Enter
Noticed a mistake Highlight text and press. Ctrl + Enter
We are
German photo album. "Russian pigs do not walk, but crawl"What you need to know the warrior of the Red Army about the fighting receptions of the Germans
23 comments
Information
Dear reader, to leave comments on the publication, you must to register.