April 1 2013
11
The article is posted on the rights of information cooperation.


1 April 2013 - Wargaming, a leading developer and publisher of online gaming, is pleased to announce work on new game modes for World of Tanks and World of Warplanes. In the near future, lovers of MMO-projects of the company will meet with zombies. New game modes are designed to enrich the gameplay and add to the gameplay an element of surprise. 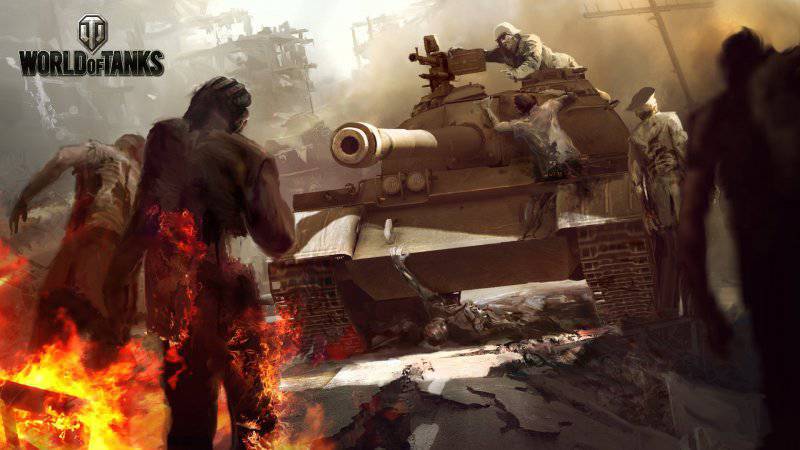 “At first, this initiative was received with a smile,” says the head of the publishing division of Wargaming, Andrei Yarantsev. - However, after weighing all the pros and cons, we came to the conclusion that the idea has every chance to appeal to the players. Innovations can not only improve the gameplay, but also attract new audiences to projects. ”

A new Zombie Escort game mode will appear in World of Tanks. The players will have the task to get from point A to point B, fighting off the flooded "World tanks"Zombies. To complete the missions will require remarkable skills, and the danger of infection of the crew will encourage players to invent new tactical maneuvers. In addition to damage to external modules, the walking dead will interfere with the movement of cars and block guns with their bodies.

World of Warplanes will get zombies as natural gameplay elements, the first of which will be zombie shooters. After disabling the tail arrow in attack aircraft will turn into a zombie, starting to do twice the damage to the enemy. At the same time, artificial intelligence will “memorize” the killer, forcing the undead with special zeal to target the “offender” and fire until its complete destruction.

The second major innovation will be "tree zombies" - a storm of players who prefer to break away from the chase, using forests. The closer the pilot flies to the trees, the more likely it is to catch a tree monster on its wing. Additional load will lead to rolls, as well as a noticeable loss of speed and maneuverability.

“If a zombie jumped on one wing, I advise you to fly past the trees and try to catch another one on the other. This will allow you to somehow balance the car, ”says World Sri War's producer Anton Sitnikov.

“We are looking forward to the opportunity to introduce new modes to players,” summed up the head of Wargaming, Viktor Kisly. “Let it sound unusual, but there must be zombies in our games!”

Zombies attack World of Tanks and World of Warplanes with the release of the next update of MMO projects.

Details on the website: www.wargaming.com
Ctrl Enter
Noticed oshЫbku Highlight text and press. Ctrl + Enter
We are
New Year in World of Warplanes: avalanche of discounts, snowballs and fireworks in the sky over LaplandArsenal World of Tanks will replenish with new technology
Military Reviewin Yandex News
Military Reviewin Google News
11 comments
Information
Dear reader, to leave comments on the publication, you must to register.