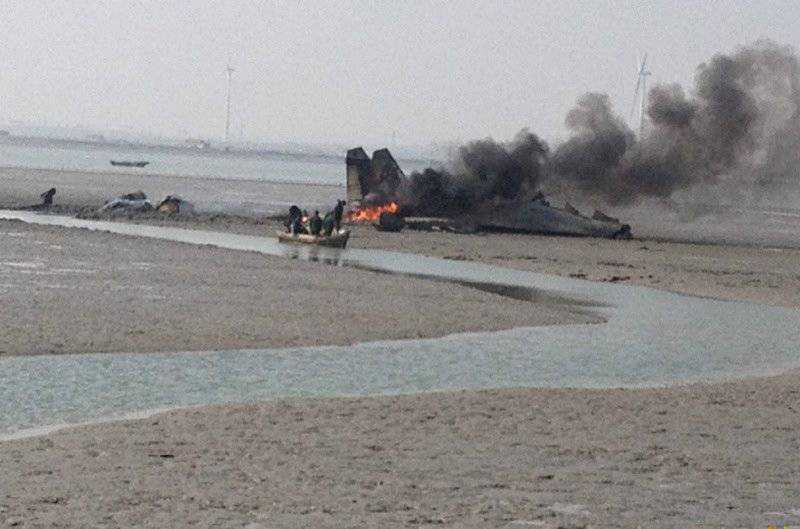 31 March, in the afternoon, in the Shandong province on the east coast of the country (lower reaches of the Yellow River, Roncheng district) crashed Su-27UBK Chinese Air Force aircraft. The pilot-instructor and the cadet performing the training flight died.


According to eyewitnesses, the crew probably tried to avoid a plane crashing into the city and could not catapult in time. The fighter fell on the beach, there are no other casualties and no damage.

Su-27 developed by OKB. Dry, produced in single and double versions, is a heavy all-weather fighter. The first batch of 12 machines was delivered at the end of the 1991 of the year (8 single-seater Su-27SK and 4 double-seater Su-27UBK). As part of the PLA Air Force, there are about 300 machines of these modifications, including national production improved J-11. The main functions of fighters are to control the airspace and patrol the coast of China.

Ctrl Enter
Noticed oshЫbku Highlight text and press. Ctrl + Enter
We are
Training camp "terrorists" in the CrimeaThe accidents of military aircraft in Russia over the past 10 years
Military Reviewin Yandex News
Military Reviewin Google News
37 comments
Information
Dear reader, to leave comments on the publication, you must to register.