Difficulties of conscription: the Ministry of Defense returns the North Caucasian youth to the army 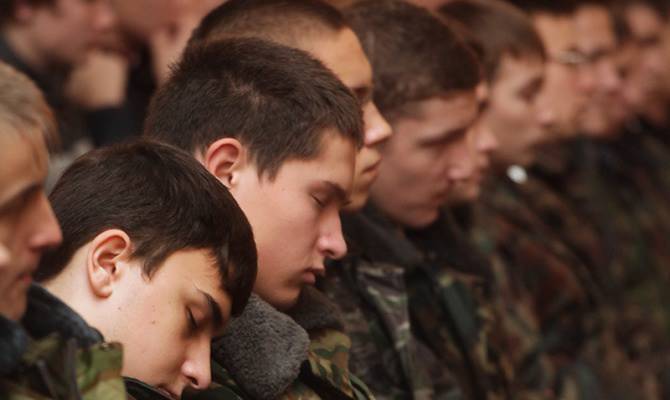 President Putin signed a decree on the spring draft, a little more than 150 thousand people will go to the troops. According to the deputy chief of the General Staff, General Vasily Smirnov, this time Chechnya and Dagestan will participate in the call on general grounds, like other Russian regions.
This seemingly natural course of things - the North Caucasus is still considered to be exactly the same part of the country as, for example, the Pskov Region - gives certain grounds for alarm. In the past few years, there have been scandalous cases of non-statutory relations in the units with the “North Caucasian component”.

People who served in parts of the Soviet Army, when it still existed, unanimously assert that there, too, in the units where at least a few people from the Caucasus or Central Asia served, the situation was, to put it mildly, tense. In the current situation, when the North Caucasus remains one of the few demographically prosperous regions of the country, but at the same time the system of education, upbringing and socialization of young people does not work there, people from this region automatically carry problems to army units.

Commanders sometimes come across bold disobedience of representatives of Caucasian fraternities. Attempts to resist the infinite and call them to order are often interpreted as an attempt to infringe upon the rights of citizens on ethnic grounds and discrimination. Several dramatic and challenging stories related to recruits from Chechnya, Ingushetia, North Ossetia and Dagestan ended in criminal cases, but not all of them came to the attention of law enforcement agencies.

In November, the then head of Dagestan, Magomedsalam Magomedov, during a personal meeting with the new defense minister, Sergei Shoigu, confidentially asked him to increase the call from the republic, where, according to him, the youth is seeking to fulfill his constitutional duty. In 2012, less than 200 people went from Dagestan to units located outside the region — in this way, the former leadership of the military department tried to solve the problem of discipline among recruits from the North Caucasus.

General Smirnov did not specify how many Caucasian conscripts would go to serve in 2013, but he called a vague figure of “several thousand”. In Dagestan, it is expected that in two draft campaigns of the current year it will be possible to mobilize up to 4000 young people.

The authorities of the regions of the North Caucasus are in an unenviable position: there is an “overproduction” of the population, but there are no jobs and “social elevators” for young people. The number of people leaving for fishing in other regions of Russia has noticeably decreased compared to the level before the beginning of the 2008 economic crisis of the year. And the Caucasian regional authorities, and in many cases, parents would be only happy if some of the youth went to military service outside the region "for state-owned grub." Moreover, it would underline the inseparable link of the North Caucasus with the rest of the country.

In the North Caucasus, there live a little less than 10 percent of the country's population. Taking into account the demographic disparity of the Russian regions, the share of conscripts from the Caucasus will only grow from there when the restrictions on the appeal are lifted. True, there is no certainty that this will contribute to the growth of quality, professionalism and combat effectiveness of the Russian army.

Moreover, the main challenges demanding the use of armed force from the state came in the present stories just from the North Caucasus.

At the same time, it was in the Caucasus that an unsuccessful experiment was made to create units exclusively from local residents. Special battalions "Vostok" and "Zapad" were created at the beginning of the second campaign in Chechnya and, until the middle of the 2000s, were directly subordinated to the GRU General Staff. Despite the successful participation of Vostok in the August campaign of 2008 in Georgia, this experiment was, however, discontinued for political reasons.

Judging by the statement of General Smirnov, there will not be exclusively Caucasian units, and the principle of extraterritorial service will apply to all draftees. It is to be hoped that in this case measures will be taken to avoid the risk of a new round of non-statutory relations involving the natives of the North Caucasus.

Ctrl Enter
Noticed a mistake Highlight text and press. Ctrl + Enter
We are
The most prosperous and disadvantaged regions of Russia. Riddle: who did not count the Ministry of Regional Development?
198 comments
Ad