The mythical "Thirst" of Grigory Pozhenyan 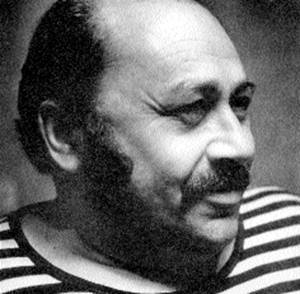 One of the heroic pages of World War II can be called the defense of Odessa. The city, although it was not an important strategic point (there were no key military enterprises and the port - a secondary sea base of the Black Sea fleet), initially they were not going to surrender to the enemy, preparing for a long siege. However, fate decreed otherwise ...


In the attack on the southern front, to Odessa, participated (in addition to the Germans), the Romanian army. In early August, the 1941 of the Wehrmacht 72 Infantry Division in the southern direction managed to dismember the Maritime and 9 Army, wedged between them 50-kilometer front. Thus, Odessa was cut off from the "mainland" of the USSR.

The Romanian military units failed to take Odessa at once, as the siege of the city began, which lasted 74 of the day.

The headquarters ordered the command of the Maritime Army (Lieutenant General G. P. Safronov) to defend Odessa to the very last opportunity. As early as August 5, heavy battles were fought for the city, and until August 10, the Primorye Army wars fought at distant approaches, later moving to the front line of the city’s defense.

Assistance to besieged Odessa was rendered by the sailors of the Black Sea Fleet - it was a detachment of warships commanded by Rear Admiral G. V. Zhukov, the commander of the Odessa naval base. Under his leadership, in the port of Odessa, the necessary armament and ammunition for the front was delivered on dry-cargo ships ...

... In 1959, the film "Thirst", directed by Yevgeny Tashkova, dedicated to the events of the Odessa defense appeared on the screens of Soviet cinemas. The film's scriptwriter was a fairly well-known poet and writer, a direct participant in those events, Grigory Pozhenyan. The film is bright, interesting even today. Of particular interest is the fact that Peter Todorovsky acts as a film operator. Here, in “Thirst”, you can also see Vyacheslav Tikhonov, trying on the role of the Soviet intelligence officer in the German military uniform - this was how the basis for his future Stirlitz was laid.

Despite all his artistic merits, “Thirst,” this is a fairy-tale film built on a single episode that really happened to the Pozhenyans squad, but did not have for Odessans the key importance that is given to him in the film ...

Let's try to figure out what really happened in those days in Odessa.

The film "Thirst" is so called by chance. The name refers to the problems with water supply, which Odessans experienced during the defense of the city from the Germans.

The fact is that since its foundation in the 1794 year, in the area of ​​the Khadzhibey estuary, Odessa has been experiencing problems with the availability of drinking water. It turned out that in the district there is not enough of it for the needs of the city. Subsoil waters were unsuitable for drinking (due to strong mineralization), so the first inhabitants of Odessa had to dig deep enough wells, which carried the water in the barrels along the streets. The fresh water sources, “fountains” (which gave names to a number of districts of Odessa) helped to solve the problem.

Throughout the 19-th century, the townspeople also created a system for collecting rainwater, accumulating in the so-called "tanks".

The first Odessa water pipeline, organized by merchant Timofey Kovalevsky from the Fountains in 1853, turned out to be ineffective, and through 20 years it fell into disrepair. 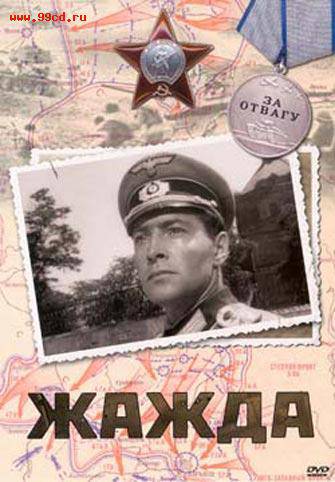 However, already in the 70s, a full-fledged water supply system was opened in the city, the construction of which was conducted by an English company. Water for Odessa was taken from the Dniester River, where a water intake station was built in the village of Belyaevka. It was this water line, modernized with the passage of time, that provided Odessa by the time of the start of World War II.

During the war, this line was destroyed by Romanian troops, and the townspeople really lacked fresh water. The film shows how poor Odessans, with lips dry from thirst, run to the Potemkin Stairs, barely hearing the hooters of tankers from drinking water ... This picture is, of course, beautiful, but not true.

The fact is that Odessa could easily manage with internal freshwater sources that have been in effect since the 19th century. Dyukovskiy sources, a source on the Polish descent (operating, by the way, until now), moreover, one or two artesian wells were pierced from almost every industrial enterprise of the city from pre-revolutionary times (which is about three hundred factories at that time). It was to these water "treasures" that people stood in long lines with cans in their hands.

Now consider the episode of the capture of the water station - the film is also very colorful and stressful. If we talk about the activities of the Pozhenyan sabotage detachment, then - to be a realist - it is very strange to imagine a situation when a group of people in the defended city is trained specifically for the assignment, which is generally meaningless. It is meaningless if only because, as it was casually indicated above, the supply of water from Belyaevka to Odessa was physically impossible - the waterway could be destroyed by shelling of Romanian artillery.

Interestingly, the diversionary detachment, which included Grigory Pozhenyan, really existed (as well as five similar groups), engaged in reconnaissance and sabotage activities in the front line. Moreover (according to the memoirs of Pozhenyan himself, but before writing the film script), the case with the seizure of a pumping station, which Grigory Mikhailovich later apparently creatively reworked, also had its place. During the raid on the enemy’s rear, the Pozhenyan detachment discovered a water tower, which was guarded by a small detachment of Romanian gendarmes. The Soviet saboteurs, of course, eliminated the guards of these guards, but there was no sense of a pumping station — there was no possibility to launch water into the city.

All of this, as well as other equally interesting facts of the Odessa defense, is mentioned, in particular, in the book by the historian Alexander Cherkasov “Defense of Odessa: pages of truth”. Cherkasov confirms these facts with officially published documents. For example, a book collection of military documents issued by the publishing house “Voenizdat”, an official book of the Ministry of Defense, with scanty copies in 30 copies.

Generally, if we talk about Grigorii Pozhenyan, it is necessary to take into account how interesting and ambiguous a person he was (and that is why a kind of creative rethinking with the seizure of the water tower was quite in his spirit).

The general public Pozhenyan is known as a poet. He has a dozen collections of poems, he wrote screenplays for films, also acted as the director of the film "Goodbye". Pozhenyan began writing poems during the war years, and in 1946, he entered the Gorky Literary Institute.

And here is interesting one of the cases that occurred to him during his studies at the institute. In 1948, the so-called “rootless cosmopolitan” case was unfolding (by which simply people of Jewish nationality were understood). The “cosmopolitan” case also affected the Gorky Institute - the attacks were directed against the remarkable poet and teacher of the Literary Institute - Pavel Antokolsky. It was one of those rare brave men who refused to stigmatize the poet “an enemy of the people” and supported Pavel Grigorievich in these difficult moments.

The director of the Literary Institute, the “proletarian classic” Fedor Gladkov (and who now remembers this “writer” functionary?) Did not like this and he literally shouted “Redeem your foot in the Literary Institute!”. To which Grigory Mikhailovich answered seriously, “Already there is not.” And standing up in his arms, retired in this way from the office of Gladkov.

The case is anecdotal, but it characterizes Pozhenyan completely. A prankster and a joker, a lover of jokes and hoaxes, he and history with a water tower turned into a beautiful legend, which Odessans are still proud of ...

Ctrl Enter
Noticed oshЫbku Highlight text and press. Ctrl + Enter
We are
"Black October" of 1941 of the year: rout of the Bryansk Front and Vyazemsky "boiler"To the 70 anniversary of the counterattack, as the "Typhoon" was tamed
Military Reviewin Yandex News
Military Reviewin Google News
16 comments
Information
Dear reader, to leave comments on the publication, you must to register.