About Russian trade with other countries 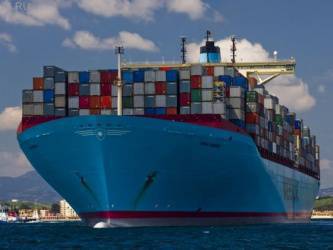 Russia's trade with other countries of the world allows judging the trade activity of our business sector and the state itself. Today, on many labels and price lists of goods in Russia, you can find information about where this product came from. Modern Russian labeling equipment allows you to create labels that provide information about Russian goods.


If we talk about the amount of Russia's trade with foreign countries, here in the first place is the European Union. At the end of last year, trade between the EU and the Russian Federation was fixed at 138 billion dollars. Of course, here you need to understand that the EU includes several large trading partners in Russia, the largest of which is Germany. Today it makes up almost 70% of the total trade with the European Union. In addition to Germany, France can be considered a major trading partner of Russia in Europe.

One of the highest indicators of Russia's trade with other countries belong to China. At the end of last year, it amounted to more than 85 billion dollars. Both sides (both Russian and Chinese) are confident that as early as next year the trade turnover between the countries could reach the value of 100 billions of dollars. Although even with such an impressive indicator, it cannot be considered transcendental. Here you can compare the turnover of China and the United States. It is about 0,4 trillion dollars, which puts the bar on what you should strive for. The Russian turnover of goods with the United States has recently begun to decline. Today, it is about 40 billion dollars, which, apparently, is exactly 10 times less than the US trade turnover with China. The reason for the fall in the intensity of mutual trade lies in the fact that Russia and the United States decided to take the path of confrontation, which inevitably affected trade between Moscow and Washington. One of those products that Russia decided to give up was American meat. The thing is that the specialists of Rospotrebnadzor found in the meat from the United States such an additive as ractopamine, which causes rapid muscle growth in animals. Until now, supplies from the USA of meat and meat products in Russia are banned.

But trade contacts are being established with other countries. For example, trade with the BRICS countries has increased significantly over the past few years.
Ctrl Enter
Noticed a mistake Highlight text and press. Ctrl + Enter
We are
Who does Russia successfully trade with?
2 comments
Information
Dear reader, to leave comments on the publication, you must to register.