"Capitalism" Valentina Katasonova. When things are called by their proper names 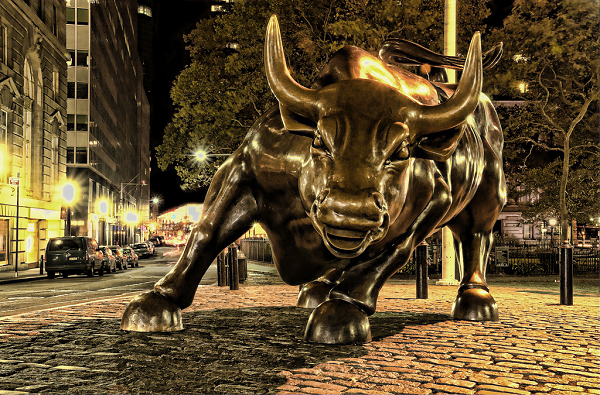 The publication of the book of Professor Valentin Yuryevich Katasonov "Capitalism. History and the ideology of "monetary civilization" (1) can rightly be considered an event only because this fundamental work of more than 1000 pages continues the traditions of the remarkable Russian thinker L.А.Tikhomirov, the author of the research. "Religious and philosophical foundations of history"written in 1913-1918, at the time of the great revolutionary breakthrough. However, if LA Tikhomirov revealed the religious foundations of world history, in the book of V.Yu. Katasonov spiritual culture is seen as the key to understanding the meaning of modern civilization, first of all, in its most grounded form — economic development. Such purely economic phenomena as finance, money, are analyzed by the author not as having self-development, but as metaphysically determined. Thus, a holistic view of the economic history of mankind is being formed - a view that proceeds from the understanding of history as the spiritual creativity of people, which, depending on the prevailing moral values, is embodied in certain material forms.

"No servant can serve two masters ... You cannot serve God and mammon" (Luke 16: 13). These words of Christ became the starting point for the discovery of V.Yu. Katasonov about two possible ways of human development, two civilizations, one of which could be based on the commandments of God, the other was built on serving the idol of wealth.

Humanity went the second way, and in this sense capitalism is not a phenomenon of “New time”, but only a special case of “monetary civilization”, which can develop only on the basis of denial of Christianity, with which it is absolutely incompatible. By the XXI century, this monetary civilization has reached its stage to the stage when its main principle - the accumulation of money - so penetrated all the pores of society and spread to all types of human activity that even the gifts of the spirit turn into a “religious product”.

The rudiments of monetary civilization (the “virus of capitalism” according to Katasonov) existed in the ancient world, and the author gives an excellent analysis of the destructive activities of the “virus” in Babylon, Assyria, and the Roman Empire. However, the particularly successful development of monetary civilization began after its ideological and ideological rationale was enshrined in the Talmud, where for the first time the main principles of the "religion of money" professed by mammon ministers - bankers-moneylenders were clearly formulated. These are the “chosen ones” in capitalist society whose spiritual obscuration was expressed in an effort to be "like gods" in the thirst for power over the world - not only over things, but also over people and, most importantly, over the souls of people. This is the ultimate goal of bank usurers, and wealth and money - just a means of subordination of all others.

To achieve the “higher goal”, a world outlook revolution was required, the meaning of which was to force the “religion of money” to all and, first of all, Christians. Since the practice of interest has always been viewed in the Christian world as unacceptable, it was necessary for usurers not only to achieve the legalization of interest, but also to make everyone treat money not as a means, but as a goal, the achievement of which all creative powers of a person should be devoted to.

The most valuable in the work of Yu.V. Katasonov is the analysis of this grandiose transformation, which, passing through a series of historically local monetary revolutions, turned into a “permanent revolution” and is now approaching, it seems, its final stage.

- achievement "Semi-legal" conditions of usury (condoning the practice of interest in its formal prohibition);

- legalization of usury by abolishing bans on interest when setting limits on the maximum value;

- invention securities, i.e. fictitious capital and the creation of a stock exchange, which is nothing more than a gambling house, in which owners of insider information always win;

- institution "Central banks" - these “general staffs” of the usurers, with the help of which they were able to establish full control over the state treasury and monetary circulation; the central role here is played by the US Federal Reserve;

- the introduction of the so-called "Gold standard" in the money turnover, which approved the leading positions of those usurers who controlled gold production and concentrated its largest reserves (primarily the Rothschilds) in their hands;

- the abolition of the gold standard, which allowed to proceed to the issue of unsecured money (dollars, taking the place of gold) and enable the Fed printing press to the full capacity;

- finally, universal global liberalization according to the Washington Consensus scheme as method of forming a constant demand for loan money.

Loan money raised by usurers "out of thin air" became their main the greatest invention, allowing to turn into all its debtors the whole of humanity and gradually take over the wealth created by it. By inventing credit money (this “virus of destruction”), usurers created a debt economy in which all nations are in a state of chronic debtors. In order to settle, new money is produced, that is, regular debts, and as a result, the greater the money supply, the greater the amount of debt. The debtors are all modern states headed by the largest debtor - the USA... The growth of debts is the real cause of the current financial crisis, but, ignoring this fact, the usurers continue to pump all new loans into the economy, increasing debts. The logical end of this process can only be the collapse of the financial and political system of the United States and the entire Western civilization.

This can be regarded as insanity if you do not understand the goals of world money lenders. Today, all their powers are thrown to to ensure the demand for dollar bills, by which they buy up the real wealth of the whole world. For this, so far, we need dollars, which we will get rid of, as soon as all real wealth is concentrated in one hands - in the hands of world masters. Global liberalization is being implemented for this purpose.

The most important element here is the liberalization of prices and the international movement of capital, under which the rapid flourishing of offshore companies, the modernization of “traditional” financial markets with all sorts of manipulations, the involvement of new “objects” - land, mineral resources, natural resources, government assets, state budget funds. In the cheap goods, as at the dawn of capitalism, turns child and female labor. Finally, new “intangible assets” are being constructed, creating already purely Virtual economy of brand and trademark, requiring a brand religion with special technologies of mind control. The final event of the monetary revolution was derivative financial instruments (derivatives), or derivatives - this newest class of virtual assets, with the advent of which the final separation of the financial sector from the real and the final the transformation of capitalism into money capitalism, or the "casino economy", where the real sector is doomed to die.

For the same purposes (to ensure the demand for paper “products” of the Fed), the volatility of financial markets is deliberately increased, allowing usurers to make big money on fluctuations in exchange rates and interest rates. For this, crises are constantly provoked. “After the emergence of crises,” writes Yu.V. Katasonov, “foreign investors buy up cheaply the“ fragments ”of the destroyed economy (depreciated assets of the real and banking sectors). Money makes destruction, money is made on destruction. ”.

The author emphasizes that the global chaos into which the present owners of the world are trying to plunge mankind the final stage of the world revolution, as a result of which they hope to establish the political and spiritual authority of the antichrist. This, as Yu.V. Katasonov writes, will be the story of a new slave-owning system, where former lenders (“golden million”) will be slave owners, and all the rest will be slaves. And the former, they will become so far as the money, which is just a tool for establishing their power, will no longer be needed.

However, here they are faced with the main problem - to have time to create their own world order before humanity begins to see clearly and get rid of the illusions of the “emerald city”. And in order to prevent people from throwing away glasses that distort the picture of the world around them, a gigantic propaganda machine of the financial elite is working, using all forms of information, intellectual and psychological control over humanity. The value of the research of V.Yu. Katasonov lies in the fact that, by revealing the nature of monetary civilization, the goals, objectives and methods of the world financial elite, the author points out to the attentive, who has not lost his willful will, to the reader to get rid of destructive illusions.

Ctrl Enter
Noticed oshЫbku Highlight text and press. Ctrl + Enter
We are
The world we leave, the world we enter, and the world between themOn the other side of the “red” and “white”. Izborsk Club Report
Military Reviewin Yandex News
Military Reviewin Google News
39 comments
Information
Dear reader, to leave comments on the publication, you must to register.