Leonid Ivashov: “From our side it was nonsense to perceive EuroPRO as the main threat” 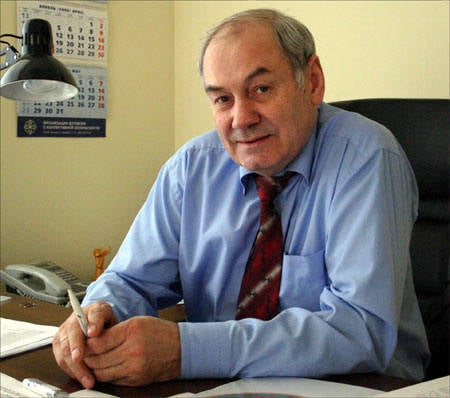 The media reported that the DPRK brought long-range artillery into full combat readiness and threatened to strike at the United States.


US policy aims to destabilize much of the planet.

Honestly, I do not have confidence in this information. It does not fit into the political strategy of the DPRK. They now do not need to exacerbate the situation inside the country and around it. They have a task to ensure economic and social growth in order to survive and develop. Attacking or planning strikes is pointless. What will it bring for the economy, for the growth of citizens' income? Nothing. The fact that they bring something into combat readiness is, perhaps, command and staff exercises, a test of readiness. This is done by all the armies of the world, but commit aggression? And strikes in Hawaii are completely out of the ordinary. They are not suicides.

Perhaps they are talking about a response measure to some kind of provocation, it is possible that this is a verbal, information war, but it will not lead to something real. I am convinced of this.

US policy today aims to destabilize much of the planet. In this chaos, they can look like leaders, peacekeepers and support their dollar, and through it their system. We see that in a stable situation, the West today is inferior to the palm. Today, they can not overtake the growth rates of the economies of the countries of the East and Latin America in the usual way. They cannot catch up, therefore they unleash instability, chaos, armed conflicts, and confrontations. One of the goals of the “Arab Spring” is to launch this large region along the path of degradation. In this case, they will never overtake the Americans, will consume less resources and get into debt. So on the Korean Peninsula, they need to destabilize the situation. In Europe, they abandon certain elements of missile defense, but in the Far East, Americans are powerfully building up a naval grouping.

For some reason, we focused on the fact that the worst thing for us is EuroPRO.

In the Congress and the Senate commissions they ask questions: “Why do we refuse Europe?” So they are explained that Korea is aggressive, just as they once explained the need for an European missile defense system with Iran’s aggressiveness. They should have an 2021 anti-missile ship by 93. I suppose that they will appear in our North. They will enter the Barents and the Baltic seas. Entrances do, but steady grouping is not observed there yet. Their task is to move from the East along the Northern Sea Route, and from the West through the Barents Sea and intercept our missile cluster.

We remember the 2008 year, when it was the Aegis shipboard system that hit an American satellite that failed, at an altitude of 247 km. This is the main thing, but for some reason we have focused on the fact that the worst thing for us is Euro missile defense.

I had to write in various newspapers and magazines that Euro-PRO is a snag for us. We focused on this in order to cover the deployment of the ship group, and now they are bargaining with us according to the principle “we will not deploy missile defense in Poland, but you will also do something for us”. But they do not lose anything from their "concessions". For our part, it was folly to take the European element of antimissile defense as the main threat, and not to pay attention to the ships. But the ships are mobile, mobile, at any moment they can take initial positions in nodal places.

Ctrl Enter
Noticed oshЫbku Highlight text and press. Ctrl + Enter
We are
A great interview with Sergey Lavrov: about Ukraine, Obama and IranWhat you didn't want to know about England
Military Reviewin Yandex News
Military Reviewin Google News
69 comments
Information
Dear reader, to leave comments on the publication, you must to register.